There is no more evocative shot in cricket than the cover drive, writes Jon Hotten. But what does the ‘prince of shots’ represent? And is there any space left for it in the modern game’s whirling repertoire? This piece first appeared in issue 1 of The Pinch Hitter.

You know the sound. It’s unlike any other a crowd makes.

The sound of pleasure receptors being hit. A mass release of dopamine in thousands of brains, all at once – the nucleus accumbens to be precise, a cluster of nerve cells under the cerebral cortex that neuroscientists have identified as the centre of all human sensory gratification.

The “Aaaaahhh…” is involuntary, a pre-conditioned response. By the time it is done, replaced by the urge to applaud, the experience is over and might not happen again for hours, days, maybe weeks. 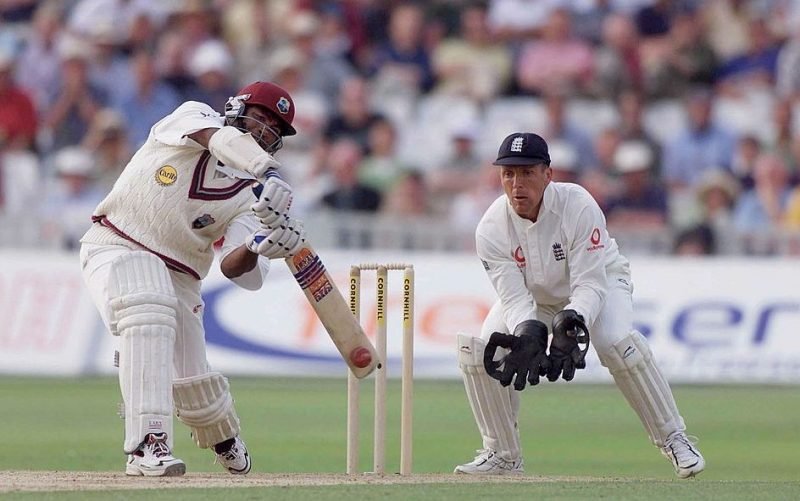 The cover drive is not like other shots. It is dangerous and beautiful. It is decadent and depraved. It is the purest expression of mastery in batsmanship and it is a destroyer of innings, of matches, of careers.

It is addictive, compulsive, indulgent. It makes crowds go “Aaaahhh”. It makes coaches slam their fists into dressing room walls. Any change in this equation, the exquisite balance between risk and reward, reduces it, diminishes its capacity for pleasure.

You go “Aaaahhh…” because you know what it means, and what it takes.

You go “Aaaahhh…” because it is not like other shots.

You can’t just cover drive because it feels good

All, apart from Bell, have that hint of recklessness about their batting. Lara is their outlier. Six men have made more Test runs than his 11,953. Of them, Sangakkara, Dravid, Kallis and Tendulkar cover drove with textbook magnificence – and almost always appropriately (Ponting preferred to hit straighter; if Alastair Cook cover drove, it made the papers, it made the news…). 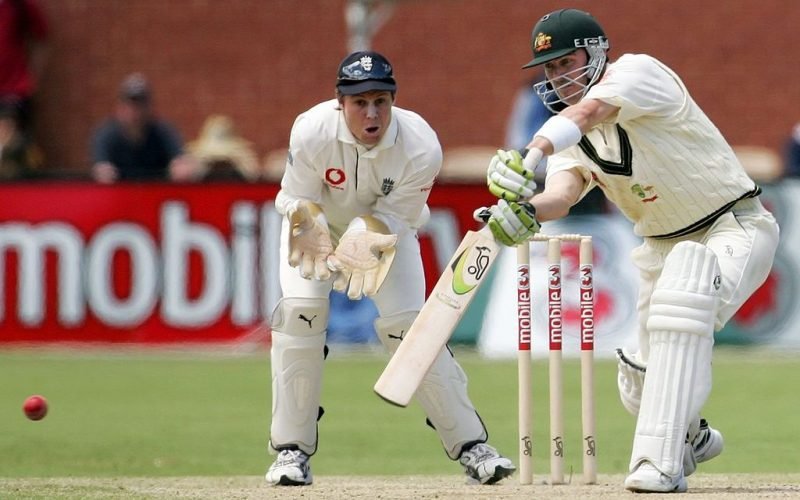 Because batting that long at that level is about control. Denial. Mitigation of risk. You can’t just cover drive because it feels good. Lara, perverse to the end, did it because he could, because it was there. And what a sight it was, his bat arcing high to low in a great rush, a fencer’s thrust with the right knee at the ball…

Have that… it said to the bowler. Have some more…

As for the others… Was there a more piquant sight last winter than Babar Azam, truly alone in the vast bowl of the Gabba, under lights at Adelaide, the ball cracking like a shell from his bat while all around him fell? Something Lara-like about that. Moeen… James Vince… My fallen warriors, carried out on their shields. Compulsive cover drivers, those two. Vince in particular is hopelessly addicted, but nobody does it better…

On the bombsite pitches of the golden age, the luxury of the cover drive was the preserve of the gentleman, the amateur

Old pros used to call the off ‘the posh side’. On the bombsite pitches of the golden age, the luxury of the cover drive was the preserve of the gentleman, the amateur. The pro, if committed to retaining his income, knew it wasn’t worth the risk. ‘Never cover drive in April’ ran sage advice for the batsmen of England. And for a century, that orthodoxy prevailed. The cover drive had its place – to a full ball delivered on the sun-baked wickets of August.

In Geoff Boycott’s Book For Young Cricketers, the great man laid down how it should be played. “The most important point about this shot is the movement of the left shoulder, which should turn and point towards extra cover. By keeping your head close to the left shoulder, your eyes look down on the line of the ball. Remember, the wider the ball, the more you turn your back to the bowler. In this way you make sure you stay sideways on and get your left foot to the pitch of the ball.” 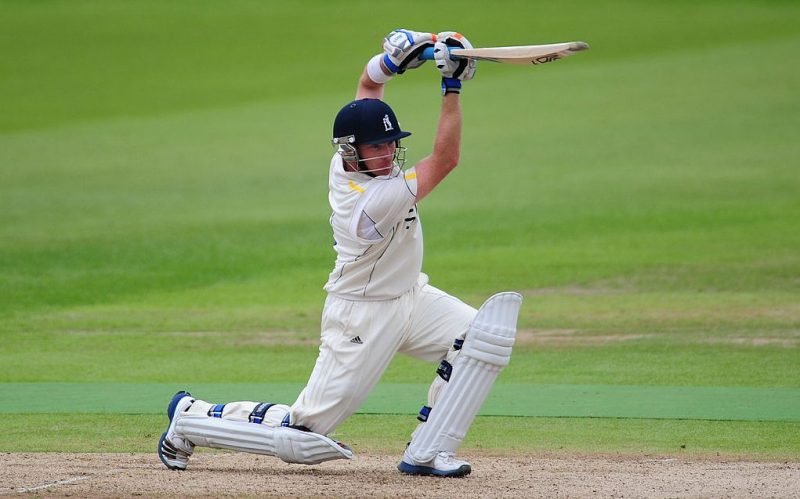 Watch the clips of Boycott making his hundredth century at Headingley in 1977 against Australia, and you’ll see his credo in action: head pinned over the cherry, the weight forward, the risk all but evaporating under the straightness of his blade, its short and clear direction of travel. Here was how the professional batsman hit through the posh side.

For those decades, the compulsion existed, if hidden, in a few. Perhaps you sense it in the words of Neville Cardus as he puts himself in the mind of a man bowling at Victor Trumper: “Victor is moving at top speed. Well I’m bound sooner or later to send along a really good ball. Victor will flash at it in his ecstasy, and I will have him.”

Flash at it in his ecstasy… There it is. Compare it with Cardus’ description of Bradman a paragraph later: “He sees the dangerous ball with eyes as suspicious as those of a Makepiece.” 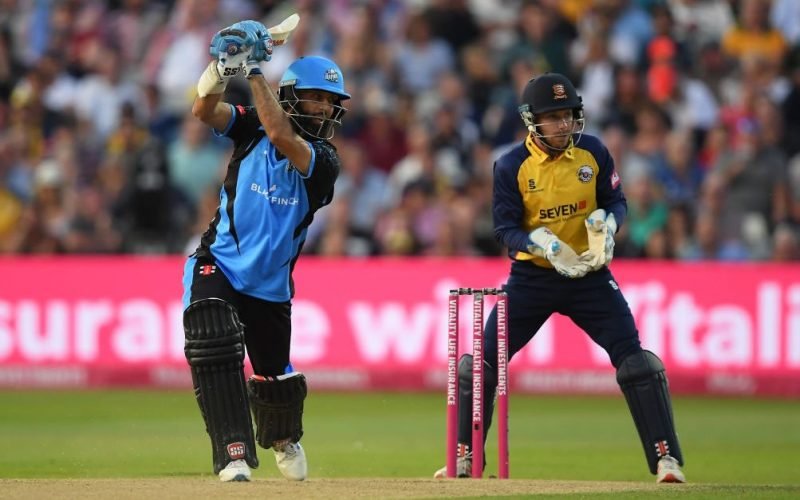 Bradman was machine-like, relentless, the anti-Trumper. He felt his echo in Sachin Tendulkar, the batsman he saw as most like himself, whose epic of self-denial in Sydney in 2004 has become the poster innings for pragmatism over instinct.

“Tendulkar had managed scores of 0, 1, 37, 0 and 44,” ran the report in the Sydney Morning Herald, “and had been dismissed on a number of occasions driving at wide balls outside his off stump.” Sachin faced 436 deliveries at Sydney, hit 33 boundaries and not a single one in front of square through the off side. He made 241 not out.

“I decided not to play the cover drive,” he said afterwards. “They were bowling consistently outside the off stump and I decided to leave all those balls. Then they had to bowl at me and I used the pace of the ball. I would put this innings right at the top of all my hundreds…”

I decided not to play the cover drive…

By way of contrast, here’s a random dip into the James Vince archive, this from George Dobell: “He did receive a decent ball that left him a little while inviting the drive. But it was an invitation he could have declined. Or at least an invitation he could have accepted with his foot to the pitch of the ball. As it was, that foot barely moved. It was a dismissal as soft as it was familiar.”

An invitation he could have declined…

There it is again. The invitation. The dividing line. The flash of ecstasy. Sachin decides not to play it. For James Vince, there is no decision to make. What would his career look like if he had some of Tendulkar’s appetite for denial? It’s a worthwhile question. But then so is this: what would James Vince’s batting look like if he didn’t play that cover drive, the ball rocketing from his bat in a way it just doesn’t for other players.

I recall a text message I got in the middle of last summer, from someone watching Vince play live for the first time. “Jesus,” it said. “I didn’t realise that he hits it so hard…”

In a way the cover drive is like a weather vane, a diviner of batting’s unknown future

The cover drive is a red ball shot. The red ball weights the odds properly. The bowler has their chance. Time in the game gives it context and rarity. In red ball cricket the cover drive isn’t drowned by other noise. It retains its classical connotation, its connection to history. It is like a duel between batsman and bowler, between bat and ball. Someone must win, and someone must lose, and the victory or defeat must have the appropriate value in runs or wickets, life or death.

Related Story: ‘He hits way too many balls in the air’ – Kevin Pietersen comes down hard on Tom Banton

It’s different in the white ball game and the steep evolutionary curve that its new forms have imposed on batting. It has its moments there: the first power play, when an infield can be punctured; as a method of strike rotation when the sweepers are out. But how does the cover drive find its place among the ramps and the carves, the brutal hitting that sends ball after ball into the stands?

Is it a shot worth learning, when there is so much else to be getting on with? 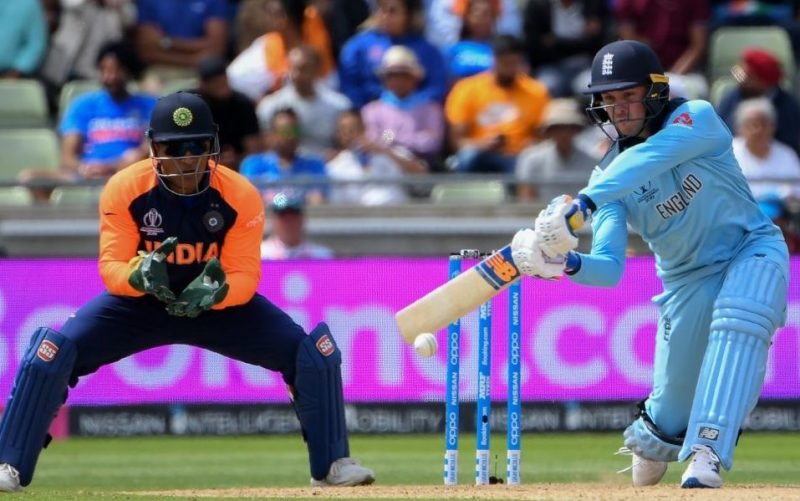 In a way the cover drive is like a weather vane, a diviner of batting’s unknown future. It stitches together both halves – red and white, past and present – in a way that the very best players are trying to do.

Virat Kohli averages more than fifty in first-class, Test, ODI and T20I cricket (and 40 in T20 generally). As the Wisden Almanack acknowledged in 2017, 2018, and 2019, he is the leading cricketer in the world on and off the field, his commitment to all forms crucial for the global game. His all-around mastery in batting sets him slightly apart from Smith and Williamson as a first among equals right now.

He cover drives in red ball cricket, where he has rebuilt his game against the swinging, seaming ball. And he cover drives in white ball cricket, where he has developed a wristy, lacerating shot played from way inside the line, a shot that can go through or over cover in a stinging blur. He is both a keeper of the flame and an avatar for the future of batting, his technique melding old and new. 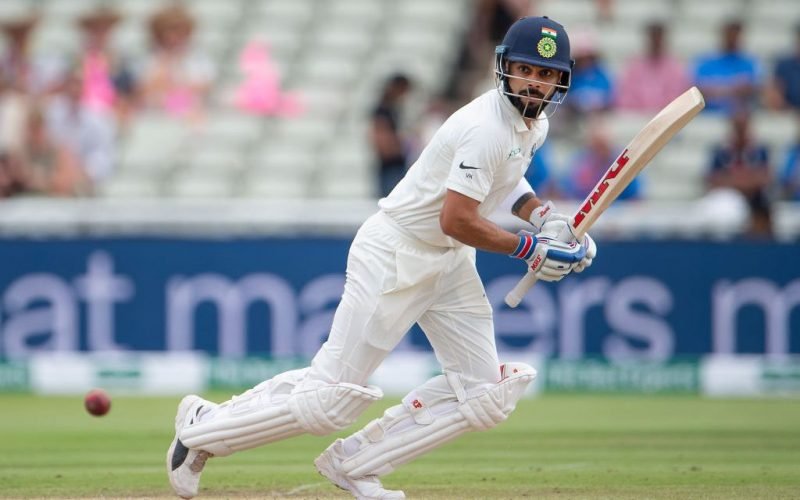 Kohli: Both a keeper of the flame and an avatar for the future of batting

A game without the cover drive, its mystique and its aesthetics, its technical accomplishment, would seem an arid place. There are more dominant and domineering shots. There are shots that dent the will of the bowler, chip away at their psyche. There are shots that bring a particular pleasure because you associate them with a certain player. But there is no other shot that exists on such an edge, an edge from which some fall one way and some fall the other.

Four stunning cover drives, but which is best? pic.twitter.com/LzJ7T348e6

In October 2018, the County Championship Twitter account put together four clips titled ‘Best Cover Drive’. First came Ian Bell, endlessly familiar yet endlessly pleasing. Then Jason Roy on a rare appearance in the Championship, the traditional whites somehow accenting the classicism that goes less noticed when he’s in coloured gear. Then Ravi Bopora going Full Ravi, down on one knee by the time he’s finished. And finally, inevitably, James Vince. 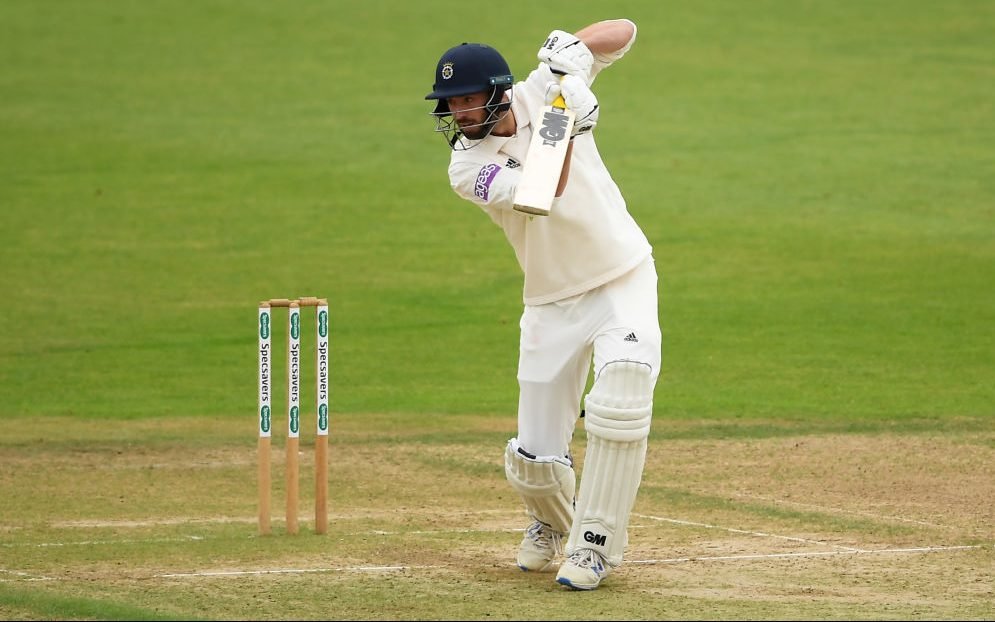 Vince’s shot was extraordinarily dirty, the cricketing equivalent of a louche Victorian gentleman honking on opium and dismissing his butler for the night. Or, taken another way, it was extraordinarily beautiful, an abstraction that took the basic principles of the shot and applied them as sparingly and as personally as possible, a piece of pure expressionism worth more words than I could set down here.

A health education newsletter published by Harvard University said: “The brain registers all pleasures in the same way, whether they originate with a psychoactive drug, a monetary reward, a sexual encounter, or a satisfying meal.” 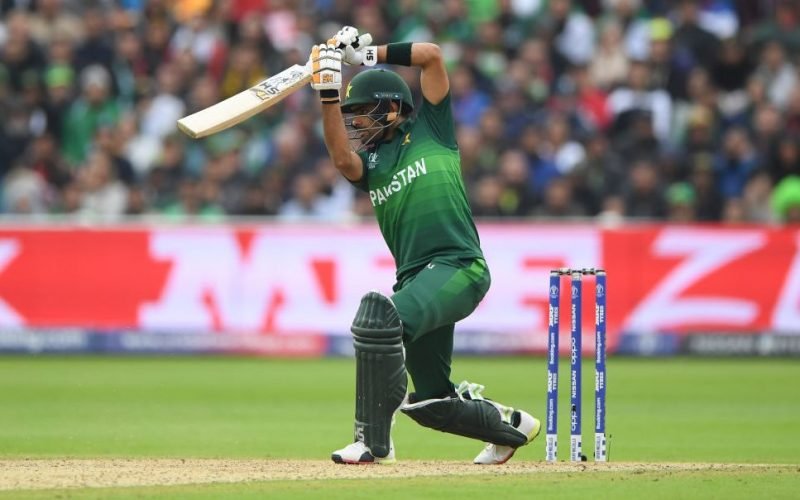 Aesthetic pleasure is included in that. There is something about the cover drive, particularly the compulsively played one, that trips the senses in a special way. It is the perfect response to the ball being propelled quickly down the wicket. It adjusts its direction at the right angle. The ball makes a certain sound when struck. Colours coalesce: red on white, white on green, green on red. The field is split. The advantage changes hands. It is perfect in its moment.

And the real beauty is in its rarity. It happens, but not every time, not all the time.

Just sometimes, and then it’s over.

The unbearable sadness of batting.