Tom Moody, who won a World Cup with Ricky Ponting, on the greatness of Punter.

Punter is an exceptionally talented and exceptionally competitive sportsman. A brilliant golfer, a very good Aussie rules footballer in his younger days, and a natural ball player who combined those qualities with a professionalism that was second to none. Such things can get overlooked when you look at great players, but his perfectionism was up there with the best.

What I liked about Ponting was that he did it right at the coalface at No.3. He took the game and controlled it, and while he played in some wonderful Australian teams he was the main batting reason why they were wonderful. He was very difficult to bowl to because he took the game to the bowling side. When an attack tried to go the aggressive route he would always look to respond. He had such a good back-foot game and he also had, for a smallish man, a terrific stride onto his front foot, so his depth of crease was exceptional for a player of his stature. And he learned very quickly, struggling early against spin on the subcontinent but adapting to become dominant in those conditions as well as our own. 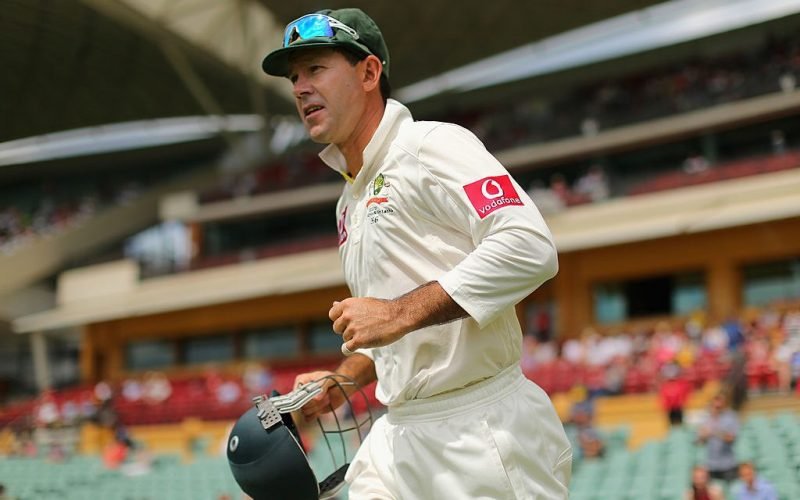 Ponting featured in a staggering 108 Test wins as a player

I shared dressing rooms with him and played against him many times and throughout it all I never heard a player say anything negative against him, because he cares. He cares about people in the dressing room. He’s got a good sense of humour, he’s got a firm side but also a very light side. The bottom line is that he cares about everyone, whether they’re first-gamers or 100-gamers, he genuinely cares that they can be the best that they can be.

He had something of a reputation in his early days. But I was around when Punter was a young man and it was just that here was a kid, 21 years old, who wanted to have a good time and have a few beers. It’s a little bit different these days, but when he started we all had a few – that was our therapy – and he was just a kid who might have had a few too many on the odd occasion. And listen, we’ve all been down that track…

He played so many important innings. The 156 at Old Trafford in 2005 was a phenomenal knock, as was his century in the 2003 World Cup final against India. But one innings that really sticks in the mind came at Brisbane in 2006/07 against England. He always made an impression on a series early. Right from the get-go, as if to say, ‘Right, if you guys are gonna beat us, you’re gonna have to get past me’. It was his signal. He wouldn’t have to say it. The scoreboard would say it for him. And after Ponting had lost the Ashes in 2005 there was so much hype leading up to that Brisbane game. He won the toss, batted and made 190 on the first day, and Australia were off and running.

Throughout his career he battled against a tendency to fall across to the off-side. He was always very aware of that, but he wasn’t alone. A lot of top batsmen have that battle with tipping over across off-stump and being vulnerable to getting out lbw. But he was always special.

“In my time Ricky Ponting was the one player I absolutely loved and thought, ‘God, I’d love to be able to bat like him’. The reason I produced the pull shot was because I wanted to do it like Ponting.

“I obviously couldn’t show that because I captained against him, but I used to love watching him bat because of his positivity: his body language, his loud calling, his running between the wickets, his on drive, pull shots, cut shots, hook shots. He was one of the hardest to set fields to when he was in. He could go both sides and his back foot game was as good as any, but he had a great front-foot game too.

“If you look at him at his best his head position was great, so you can get away with your foot movement being a little bit closed off if your head is still over that off-stump. Where he had problems was when his head went over to the off-side, where his head followed that foot, because he always had a little bit of a plant to get himself into his base to push back to play the pull shot. But when he was playing great that head stayed on off-stump and there was no one better than him.

“His century at Old Trafford during the ’05 Ashes was the best I had against me as a captain, no question. All the bowlers were on form and they were all reverse-swinging it. Fred was bowling hostile, Harmy was getting it in and around the ribs, Simon Jones was reverse-swinging it and Giles was spinning it out of the rough over the wicket.

“And then there was the pressure of the game. It was 1-1 in the series and it would have been the first time that Australia were 2-1 down in an Ashes after three Tests for a long, long time. So it was a real pressurised innings and he just timed the ball. No other player timed the cricket ball like Ponting. I don’t think he mistimed one in that knock. Genius innings.”

I can still remember the first time I saw him play. I was playing for Western Australia in a state game at Hobart when he was pretty much a kid. And you could tell straight away. Normally when a kid comes in to first-class cricket you do the usual thing of bombing him and letting him know that he’s in a contest, but this guy was unshakeable and unmoveable. It was like we were bowling to a man, even though he was just a kid.

His place in Australian batsmanship? Well, you’re not moving Bradman. But sitting behind Bradman? You’d have to have Ricky Ponting.