With the inception of Surrey’s African-Caribbean Engagement programme, steps are being taken to bring back a lost community of the English game, writes Alex Brinton.

When England toured the West Indies in 1989/90 there were five black players in their touring party. By contrast, across the last decade only three black players have represented England at Test level: Michael Carberry, Chris Jordan and Jofra Archer – with Carberry, who was born in Croydon and came up through the ranks at Surrey, the only entirely homegrown talent.

Research carried out at Leeds Beckett University – published in the Daily Telegraph last September – stated that over the previous 25 years, the number of black players in English county cricket had fallen by 75 per cent. In 1994 there were 33 black British cricketers competing in county cricket. Last year there were just nine. The report added that of the 118 support staff employed across the 18 counties, only two were black.

It’s against this backdrop that Surrey have launched their African-Caribbean Engagement (ACE) programme. Aimed at getting young black people from the area engaged with cricket, the programme will offer talented sportspeople with cricketing potential access to Level 3 ECB-qualified coaching, sports science and personal development education, as well as equipment and travel grants, to give them the best chance of catching the cricket bug and staying in the game. 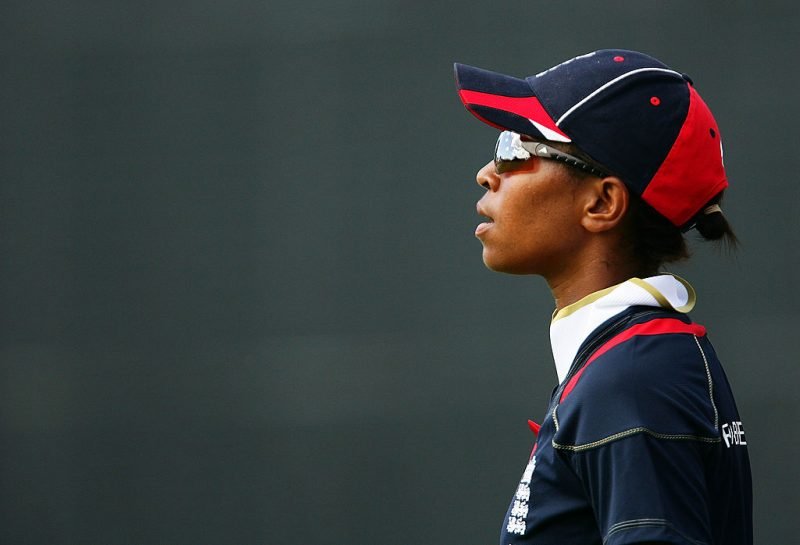 The scheme – which kicks off with two free open days at the Kia Oval on March 4 and 11, with sessions organised on a first-come-first-served basis – is fronted by Surrey’s director of women’s cricket, the former England international turned commentator Ebony Rainford-Brent.

She herself discovered the game when a similar initiative visited her school in the 1990s. Her initial reaction – “Cricket looks duff” – soon fell away when she first connected bat to ball. The plan, Rainford-Brent explains, is to offer a route for the region’s best young black talent to experience the same conversion she went through herself.

It’s a laudable scheme, but the issue is not confined to race; social class is just as significant an obstacle to cricketing advancement. In 2013 a survey conducted by All Out Cricket for Chance to Shine found that of the 413 registered county players for that summer, 119 were privately educated in the UK, nearly 30 per cent, in comparison to seven per cent of the general population.

Of the 11 who took the field to represent England in the Johannesburg Test against South Africa, only four of them did not attend fee-paying independent schools. And while it’s an anomaly that the composition of an England Test team should be made up entirely of white cricketers, as was the case at The Wanderers, it remains an indisputable fact that the elite teams that play for England are not reflective of the diverse nation they represent.

Kent’s Daniel Bell-Drummond is one of the few black players currently playing on the circuit. In 2018 he told the Guardian: “Going to Dulwich Prep and Millfield has played a massive part for me. Those are big advantages. It’s definitely more a class thing.”

Bell-Drummond started the Platform initiative in 2017, which aims to bring cricket to the uninitiated in and around south-east London. Chris Willets, who oversees its day-to-day running, believes that one of the main issues facing cricket in urban areas is space. “You would be foolish to keep a cricket ground in central London,” he says, “when you could sell it off for housing and move the club out of the city.

“There are only three proper cricket clubs with youth set-ups in Southwark, Lewisham, Lambeth and Greenwich. They are trying to serve a population of between one and two million.”

The scheme is getting some traction in their region by giving children the chance to experience what Willets describes as “proper regular cricket”. One of Kent’s youth district teams is based in Lewisham, and at under-10 level, 80 per cent of the children have come through the programme, with “around half of them being black British”. Small, encouraging gains, then – but no quick fix. “This programme needs to run for 10 years minimum for us to really see the benefits,” Willets says.

"Our goal is to make a system that can be replicated. If it proves to be a success, then the initiative could be rolled out nationwide"

Issues of accessibility run deep throughout the game. Rainford-Brent believes that the selling of live TV rights to Sky in 2005 has made it harder for the game to remain present in the public consciousness. With the start of The Hundred this summer and cricket moving partially out from behind its paywall as live coverage return to the BBC, she hopes the tide can begin to turn. “Now is the time to act,” she says.

When it comes to grasping the moment, English cricket has never been especially proactive. Only in recent years has the ECB woken up to the fact that there has been a largely captive, and very active, audience of cricket lovers that felt unattached to the England team. The South-Asian Action Plan was duly launched in June 2018: designed to create more opportunities for South Asian communities, removing the barriers, building strong relationships and using cricket to make a positive difference to communities, the scheme has already demonstrated measurable success.

Into this space comes initiative like the ACE programme. As Rainford-Brent says: “Our goal is to make a system that can be replicated. If it proves to be a success, then the initiative could be rolled out nationwide.” She hopes that before long there will be an ACE programme in every major city in the UK.

Children attending either of the open days in March will get a free Surrey Lions membership, allowing them to attend as many Surrey games as they like, with an adult in tow. The likes of former Surrey and England bowler Alex Tudor will be part of the scene, hoping to help inspire them to take up cricket at club level. The ACE programme wants to make sure children stay involved in cricket after their first experience with the game.

Related Story: Stuart Broad: ‘Taking a knee would be a good thing to do’

Making cricket a sport that the whole nation can identify with has to be a key part of the ECB’s work over the next decade. As Lord Patel, independent director of the ECB, told the Wisden Cricketers’ Almanack in late 2016, “a significant sum of any lucrative media deal we get in the coming years will go into working-class grassroots cricket”. With that deal having since been secured, it remains to be seen how faithful the game is to that central statement. Surrey’s ACE programme is one of many steps that need to be taken if the game is to flourish into the next decade and beyond.