We’ve all got a player or two we’d love to see return to Test cricket.

For whatever the reason – retirement, injury, poor form – they’ve dropped off the radar, but still, you pine for them to enter the red-ball arena once more.

Here our writers each pick out a player they’d love to see make a Test comeback.

He’ll say he’s had his time, and that the sunlit perfection of his farewell hundred has lessened the desire for a comeback. But is there really not a little bit of him that wonders what could still be? Half of Cook’s career was defined by the pursuit of a partner at the top, and the revolving door must have taken a toll on the man greeting each new opener and saying goodbye just as quickly. Now England have two pretenders as convincing as any since Andrew Strauss. Surely Cook must, deep down, want a go with the pressure slightly off, with England’s top order not living and dying with him?

Then there’s Jimmy, his best mate who’s redefining what’s possible when it comes to physical and mental longevity, and who’s done his best work since he was 33, the age that Cook retired. Maybe the square-jawed left-hander thought, ‘What’s a year, give or take?’ without considering that he might still have half a decade left in him. And then there’s what’s to come. Tours of India and Australia, where his finest hours came, but where he has unfinished business too.

To see him bat for Essex is to see a player who might still make a world Test XI were he to make himself eligible. Is there really not the smallest slice of him that isn’t nagged by the suspicion that he called it off just a little too soon?

Injuries have limited the sight of Bhuvneshwar Kumar’s in India’s limited-overs plans in recent times, while in Test cricket, he hasn’t been seen since January 2018. With Ishant Sharma, Mohammad Shami and Jasprit Bumrah having formed a solid core, and Umesh Yadav back in the setup, his chances of a comeback seem bleak.

Yet the numbers – 63 wickets at 26.09 – are solid. He was India’s best bowler during their rather unforgettable 2014 England tour and showed sparks of brilliance in his last Test series, in South Africa in 2018. He can still be a great asset for India overseas, especially in England, New Zealand and South Africa, where there’s always genuine value for disciplined new-ball bowling. No mug with the bat either, as he showed on his debut in Chennai, and then at Trent Bridge and Lord’s in 2014, there’s no doubt Bhuvi would add value to India’s tail, too.

It’s been three years since Glenn Maxwell played his seventh and last Test, and he seemed to have done little wrong. After some unconvincing returns against India and Pakistan in 2013 and 2014, his first knock in 2017 resulted in a century at Ranchi, and the white-ball phenomenon looked primed and ready to make the No.6 role his own in red-ball cricket. But the Australian selectors viewed him as something of an Asia specialist; he was discarded after the tour of Bangladesh later that year.

Here’s a mightily talented cricketer who’s been wronged. He averages nearly 40 in first-class cricket, offers handy off-spinners and is an elite fielder. It’s bizarre that, even after the ball-tampering scandal of 2018, when Australia lost the spine of their side, Maxwell did not come back into the equation. 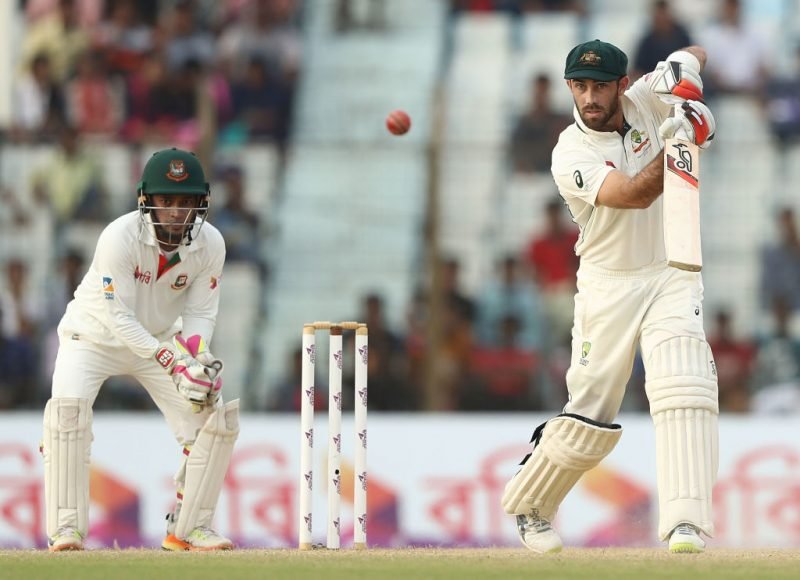 A woeful run from late-2018 into 2019 warranted his Test exclusion, but it would be lovely to see KL Rahul at the top of India’s Test scorecards again. He continues to blossom in coloured clothing, lighting up the shorter formats with his purposeful, inventive strokeplay, but the real beauty of Rahul’s batting lies in his versatility – his plucky upper cuts look just as marvellous as his textbook drives.

A little before his confidence (and batting average) plummeted, Rahul looked like he had finally cracked the Test code, scoring a gutsy fourth-innings century at The Oval two years ago. In his 36-Test career, Rahul has batted for five-plus hours in an innings on four occasions, showing that he’s much more than your average volatile T20 batsman. A future partner to Prithvi Shaw, perhaps, if he can bring his white-ball consistency to the longer format.

It’s hardly original when he’s been the talk of the town this summer. The game’s a different one for the leggie when the ball changes colour, sure, but when Rashid’s googly is what it is, and when the rhythm is so clearly there, it’s hard not to think of a Test comeback. His overall bowling average is high at 39.83, but he did hold his own in his most recent stint in the set-up, when he was plucked out of pyjamas by Ed Smith in 2018. That year he averaged 29.40 in series wins over India and Sri Lanka, but he hasn’t been seen with the red ball since an expensive outing in the Caribbean at the start of 2019. He’s a World Cup winner with over 1,000 career wickets, a generational talent in England who has done the business in first-class cricket even if it’s been three years since he was last seen in the County Championship. For a bowler of Adil Rashid’s quality, 19 Tests just doesn’t feel enough.