Leading the way with his inspirational performances, extracting the best results out of young talents like Dipendra Singh Airee and Sandeep Lamichhane and the never ending appetite for success – Paras Khadka has shown all the qualities that a great leader would possess. Roshan Gede picks out six games that define his time in charge.

A complete cricketer boasting sound all-round skills, Paras Khadka has been the mainstay of Nepal’s journey in international cricket thus far. Few have served their countries with such esteem for so long, with Khadka having taken over the duties of the senior squad when he was only 22 a decade ago, and overseen a period of remarkable progress for his team.

He has played a role in his team’s giant strides in international cricket over the last few years, from the depths of World Cricket League Division Five in 2010, playing against the likes of Fiji and Bahrain, to securing their first-ever ODI series win at the end of the decade. He might have stepped down as Nepal captain, following his team’s readmission as an ICC Associate Member, but remains an inspirational figure among his peers.

We revisit the defining moments of his captaincy stint.

Nepal played its first ever T20 international against Hong Kong in a first stage Group A game of the 2014 World T20. Put in to bat first, Nepal rode on calculated knocks from Gyanendra Malla and Khadka, who scored 48 and 41 respectively, to reach 149-8 at the end of 20 overs. 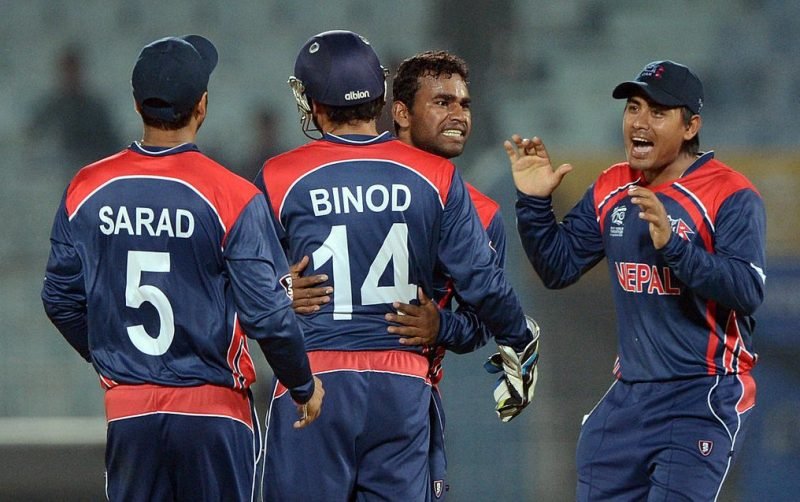 Nepal defeated Hong Kong in their first ever T20 international, during the T20 World Cup 2014 in Bangladesh

Khadka then ensured that the opposition were pushed on the backfoot right at the start, as he removed opener Irfan Ahmed with the very first ball of the innings. It was only the seventh occasion in T20I history when a player took a wicket with the first ball of his career. Left-arm spinners Basant Regmi and Shakti Gauchan then took over, snaring three scalps each, as Hong Kong were eventually bundled out for 69 in 17 overs, giving Nepal a comprehensive 80-run victory.

2) A qualifier place secured, in nail-biting fashion (against Canada, 2018)

Nepal’s World Cricket League Division Tw0 2018 campaign was the stuff sports films are made of. After a one-wicket win over Nambia and a last-ball win over Kenya, they combined both against Canada in a winner-takes-all clash that stands as one of the most thrilling in cricket’s history. Khadka played a key role with the ball, finishing as Nepal’s most economical bowler to help restrict Canada to 194-8. But his golden duck was part of a slide to 144-9, and with Nepal still 50 runs from the tie that would take them to the Cricket World Cup Qualifier, their hard work seemed to be for nought.

Enter Karan KC and Sandeep Lamichhane, who put on an unbroken 51 for the last wicket to take their side to a heart-stopping win from the final ball of the game. Nepal would go on to secure ODI status at the Qualifier, but Khadka made clear they weren’t done there. The next target is Test cricket.

Having gained ODI status for the first time with a resounding win over Papua New Guinea five months earlier, Nepal toured Netherlands for a two-match ODI series in August 2018. A 55-run defeat in the first game, left them in a must-win situation to draw level in the series. 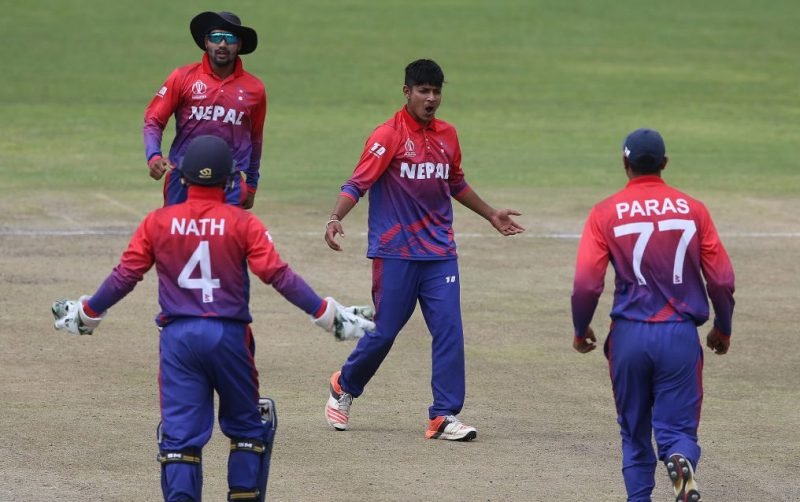 Nepal gained ODI status for the first time in March 2018

Khadka and all-rounder Sompal Kami both scored half-centuries to rescue Nepal from a precarious 88-5 to a respectable total of 216 in the first innings. Netherlands stood at 143-5 in the chase and with Wesley Barresi looking well set, the hosts seemed well on course to seal the series. However, a dramatic collapse saw them soon reduced to 185-9, still 32 short of victory.

A last-wicket stand between Fred Klaassen and Paul van Meekeren threatened Nepal, but the former’s run-out on the final ball of the innings gave them a thrilling one-run win – their maiden win in 50-over cricket.

Kami and Lamichanne had picked up nine wickets between them to give Nepal a series-levelling 145-run win in the second game to push the contest into a decider, but when, having been put in to bat in the third and final ODI, UAE put up a challenging 254-6 in the first innings, it seemed a maiden series win might have to wait. But Khadka, who had picked up two wickets earlier in the day, had other ideas, bringing up the first ever ODI century for Nepal in the format to help them achieve their target with more than five overs to spare.

Great to know that the suspension of Nepal cricket has been lifted and would like to wish the new committee to work for the betterment of Nepal cricket,players and its stake holders.
I have hereby decided to resign from my post as the captain of Nepal cricket team.
Jai Nepal !! pic.twitter.com/YuRBZkR7bU

His dominance could be reflected from the fact that he scored 115 in the chase – 45 per cent of the team total, with the next best being opener Gyanendra Malla’s 31. Khadka hit 15 fours and a six during his enterprising knock and with it, Nepal secured their first ever series win in ODI cricket.

The three-match T20I series had a pattern identical to that of the ODIs, with the third game being the decider. Put in to bat after rain had reduced the contest to a 10-over affair, Nepal put up 104-8 in the first innings. Khadka, who had registered a golden duck in the previous game gave a blazing start to the innings, scoring 29 off 14, while Sundeep Jora and Binod Bhandari contributed 28 and 21 respectively. 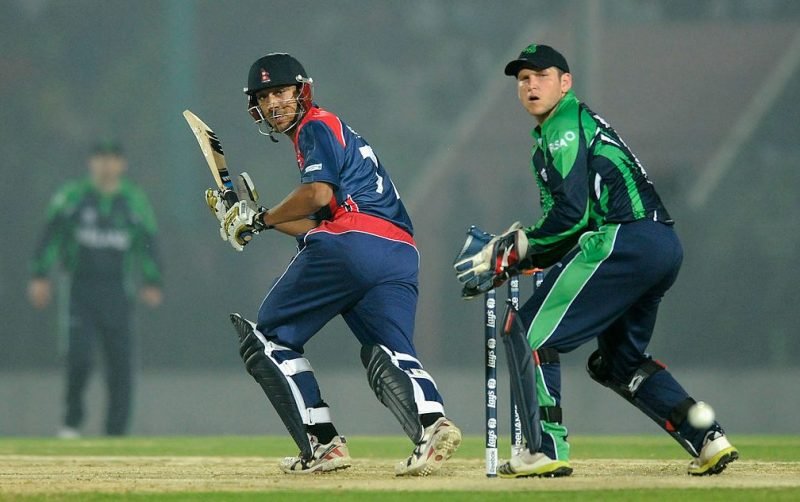 UAE seemed well positioned at 60-2 in the sixth over, but lost their way thereafter, as Nepal struck on regular intervals. KC Karan, Avinash Bohara and Lalit Rajbanshi picked up two wickets each to restrict the hosts to 90-8 at the end of 10 overs to register a series clinching 14-run win.

Having lost to Zimbabwe in the opening game of the tri-series, Nepal were set a target of 152 runs by Singapore in the second game played at the Indian Association Ground. Nepal lost opener Ishan Pandey early, but that didn’t deter Khadka, who unleashed stroke after stroke to make a complete mockery of the chase.

Paras Khadka has stepped down as Nepal captain. pic.twitter.com/75fXeciduE

The right-hander brought up his first fifty in the ninth over, off the 30th ball he faced, and thereafter, advanced a gear further, striking fours and sixes at will. He brought up his century with a six off Tim David in the 15th over, to become Nepal’s first centurion in the format. Six balls later, he stroked a boundary of Aryaman Sunil to give his side a resounding nine-wicket win. Khadka finished unbeaten on 106 off 52 balls, which included seven hits to the fence and nine over it.

Nepal won with four overs to spare which boosted their net run rate, helping them finish second in the series despite tied points with hosts Singapore.