In a long and decorated line of Indian batting talent, Shubman Gill is the latest prodigy to stand out. The 19-year-old isn’t unlike those who showed similar promise at that age in the past, and have since gone on to become great achievers in international cricket.

He consistently scores big in first-class cricket. He harbours fierce ambitions of wanting to represent his country. And he has his eyes trained on one prize: a top-order spot in the national team. It’s a position once held by greats such as Gavaskar and Tendulkar, and presently by the Indian captain Virat Kohli.

Much like Kohli, Gill first shot to international fame after playing an integral role for a victorious Indian team at the Under-19 World Cup. While Kohli led his team to the title in 2008, Gill, serving as Prithvi Shaw’s deputy, top-scored for India, with 372 runs at a staggering average of 124 in the 2018 edition in New Zealand, to emerge as the Player of the Tournament.

A year later, he made his international debut under Kohli on the same shores, and was able to draw high praise from his captain, despite making single-digit scores in the two games he played. “Shubman is a very exciting talent,” Kohli had said of the youngster at the time. “I saw him bat in the nets and I was like, ‘wow! I was not even ten percent of that when I was 19.’” 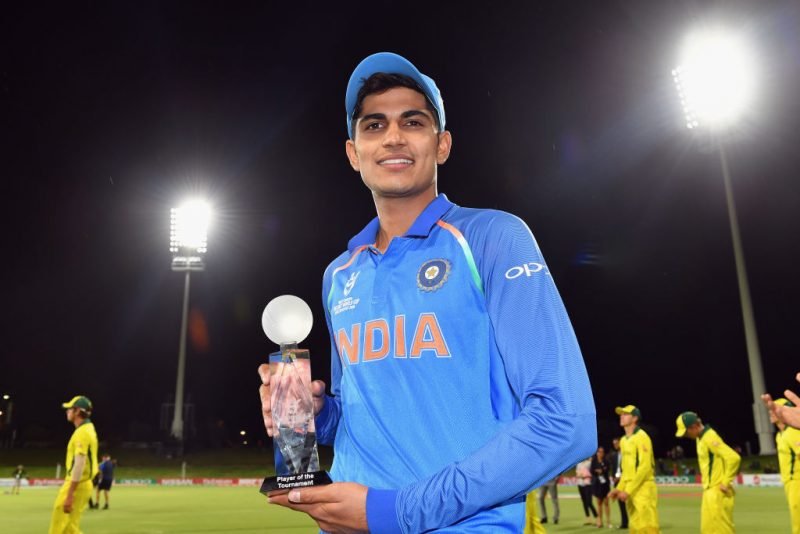 Gill, who looks up to Kohli as an inspirational figure, was extremely humbled by the skipper’s remarks. “I think it was really kind of him to say those words, but I don’t believe it to be true,” Gill told wisden.com, after the completion of the opening game of the 2019 Duleep Trophy, where he captains the India Blue outfit.

“I’ve learnt quite a lot watching him bat, and it was a really sweet gesture that he said so.”

The 19-year old has been in red-hot form in recent times, coming off a successful tour of the West Indies with the India A team, as he topped the run charts for both the five-match List A series and the two four-day games. He finished the tour with a fluent 204*, in the third four-day game. It was also the highest score for any batsman, and one of two centuries, in the series.

“It was a great feeling scoring a double hundred,” Gill said. “Earlier, I was getting runs but didn’t score big. It felt really nice when I converted this into a big one.

“Our team was in desperate need of a big knock from someone. I was the one to step up to the occasion, really pleased with that.”

"I'm ready to bat anywhere the team requires me to, whatever the situation demands of me. But if given a choice, I would love to bat in the top three"

His limited-overs form was top notch, too, as he scored three match-winning half-centuries to help India A clinch the five match series 4-1. “I think I’m pretty much satisfied with my India A tour. I had a good ODI series,” he said. “Obviously, I had scored three fifties and wanted to convert one of them into a hundred. I got out in 70s and 80s, but it wasn’t that I was throwing my wicket away, just that I was unfortunate to have missed out. But overall, I’m quite satisfied.”

It was with this high confidence that Gill walked in to bat in tough, overcast conditions on the first day of the Duleep Trophy opener. There wasn’t any hint of uncertainty in his approach, as he stepped a few yards down the pitch to block his first ball, oozing positivity even in defence. Next over, he unleashed a fierce square cut off Ishan Porel, his U-19 teammate, capturing the attention of those present at the venue.

An error in judgement against the same bowler resulted in his downfall, for 6, but his eagerness to take the field again was clearly visible as he engaged in animated conversations with the match officials, during the rain interruptions over the next three days.

Gill is no different to Kohli in terms of his never-ending appetite for the big scores. His mantra is to keep himself fully fit ahead of the long domestic calendar, another Kohli trait. “It’s quite a long season, there’s the South Africa A series, there’s Ranji trophy as well,” Gill said. 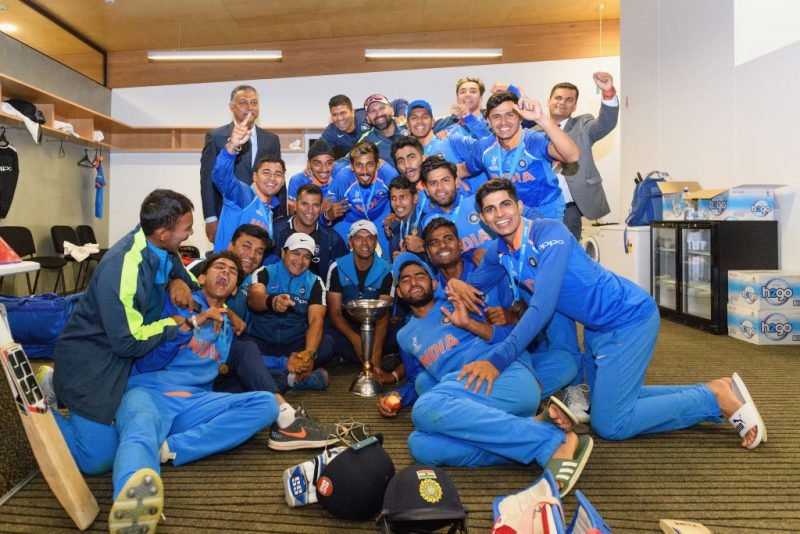 “The first and foremost motive is to keep myself fit so that I can play the entire season. And then, I would like to improve my game as I look to adapt to various conditions and match situations.”

A much sought-after young gun at the Indian Premier League auction in 2018, Gill was picked by Kolkata Knight Riders and was assigned the role of a finisher that year. That continued till the second half of the 2019 edition, before a promotion to opener resulted in instant success, as he aggregated 236 runs in six innings, at a healthy average of 47.20. It was an effort that fetched him the Emerging Player of the Year award.

Related Story: Marks out of 10: Player ratings for India after their 3-0 series win over Zimbabwe

“I’ve always batted in the top order, ever since I started playing,” Gill said. “So obviously, if I bat there, I would love it. Having said that, I’m ready to bat anywhere the team requires me to, whatever the situation demands of me. But if given a choice, I would love to bat in the top three.”

Gill is one of the many young Indian cricketers to have been groomed under the able guidance of Rahul Dravid at the junior level. But of the many great lessons he received from the former India captain, there is one attribute that Gill would especially like to emulate.

“His humbleness,” he said in an instant. “I haven’t seen many people who stay so humble after having achieved so much. There are a lot good things one can learn from him, but this stands out for me. I would like to acquire that trait.”