Round six of the 2019/20 Sheffield Shield made plenty of headlines this week, albeit mostly for unwanted reasons. The game at the Melbourne Cricket Ground was abandoned after a little over a session’s play due to dangerous conditions, which resulted in Western Australia’s batsmen copping nasty body blows.

The #SheffieldShield match between Western Australia and Victoria was suspended due to the state of the MCG pitch.

Over in Sydney, the talk was about the visibly unhealthy air even as New South Wales consolidated their position at the top of the points table with a nine-wicket win over Queensland, which they achieved under dense smog caused by the recent bushfires.

There was no fairytale finish for George Bailey in Hobart, as the former Australia batsman completed his first-class career with scores of 7 and 0 as his team lost to South Australia by six wickets. Amidst all the drama, there were some praise-worthy performances. Rishad D’Souza picks out Wisden’s team of the week.

Conditions in Melbourne were downright nasty, with good length balls often rearing up to hit unsuspecting batsmen on the helmet and in the ribs. This was caused by the formation of bumps in the damp pitch upon impact with the ball. Under these circumstances, Jake Carder battled 103 balls and scored 44 before becoming the second of Peter Siddle’s three victims. Play was soon called off, with umpires deeming conditions unsafe.

The 32-year-old Henriques, who came out to bat at 15-2 in response to Queensland’s 240, brought his experience to the fore to wrestle back the advantage from the visitors in Sydney. He scored a fluent 116 off just 158 balls, with 11 fours and a six, to set up his team’s nine-wicket win over Queensland. He now has 453 runs from 10 innings in the season, at an average of 56.62. 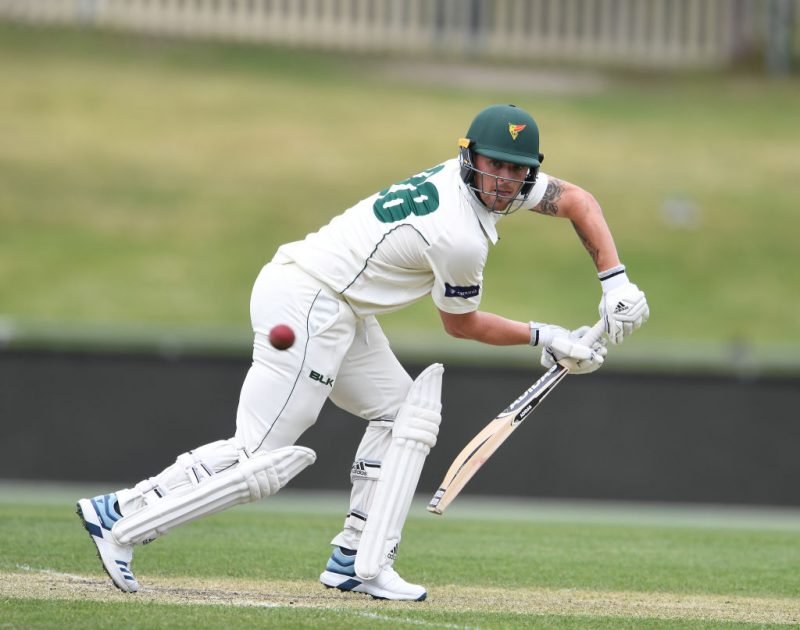 Coming in to bat with Tasmania at 55-4 after conceding a 92-run first-innings lead to South Australia, McDermott ground it out for 236 balls in making 89 to help his side set up a tricky chase of 170 for South Australia. The effort wasn’t enough to prevent defeat for Tasmania, however, as South Australia reached their target with six wickets in hand.

That chase of 170 had started looking quite improbable when South Australia were reduced to 34-4. But Nielsen counter-attacked, devouring any half-poor ball, as he raced to 86* off just 109 balls, taking his side home without the loss of another wicket, with William Bosisto (47* off 132) providing solid support at the other end.

Things could have been a lot worse for Tasmania were it not for all-rounder Milenko’s brisk first-innings century. Playing his first game this season, he hit nine fours and four sixes in his 134-ball 100, in the process lifting his side from 190-8 to 254. 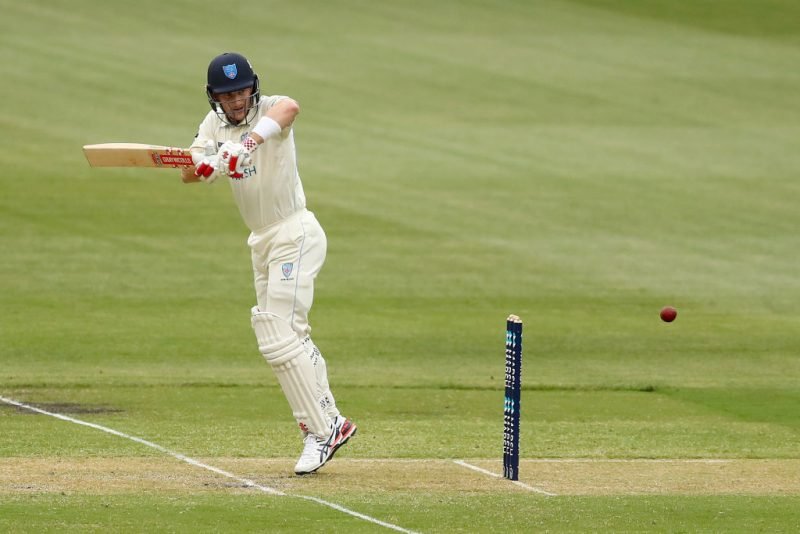 If Henriques’ 116 set the tone, wicketkeeper and New South Wales captain Peter Nevill took the cue and scored a dogged 88* off 192 balls. He also took three catches behind the stumps.

Michael Neser has found it difficult to break into the Australian XI, despite having made the squad in recent times. But he once again showed why he might be worth a look-in for national duties, taking 4-60 against New South Wales, and giving away runs at 1.94, even as the opposition piled on 375.

There is no doubt that Siddle was aided by the invariable bounce at Melbourne, but he consistently chipped away at the right areas to take each of the three Western Australian wickets that fell before play was abandoned. His 14 overs went for just 21 runs and earned him three wickets.

Wes Agar has just assured he will never get picked for Australia EVER! ???

An unfitting end to an outstanding #SheffieldShield career. Thank you, George ❤️ pic.twitter.com/1EKMGc13wl

Keep an eye out on the 22-year-old right-arm fast bowler, younger brother of national team left-arm spinner Ashton. He bowled at good pace, consistently hit a hard length and extracted high bounce to pose many troubles for Tasmania’s batsmen. He followed up his first-innings figures of 3-68 with 5-53 in the next to take his tally to 23 wickets at 21.34 in just his maiden first-class season.

Harry Conway was absolutely PUMPED after he grabbed four wickets in a single over against Queensland. @MarshGlobal | #SheffieldShield pic.twitter.com/UxPEdm40kx

The right-arm seamer was brilliant against Queensland, especially in their first innings. He took five wickets for just 15 runs and was keen to let the batsmen know that he had their number. He was disciplined in the next innings too, his 11 overs yielding two wickets for 32 runs. In four matches this Sheffield Shield, he has taken 21 wickets at a staggering average of 12.42.