Mohammed Shami closed out 2019 as its leading wicket-taker in ODIs, capping a remarkable return to the 50-over format as a first-choice seamer. It was a far cry from the two preceding years, when he was far from assured an ODI spot.

“He reminds me of Malcolm Marshall, who still wakes me up from deep sleep.”

Sunil Gavaskar’s recent evaluation of Mohammed Shami might be too high a praise for a speedster in only his seventh year in international cricket, but it highlights the stunning impact Shami has created over the last 12 months.

Having spent his time outside the limited-overs outfit establishing himself as a red-ball workhorse, Shami made the one-day circuit his own after re-entering it this year. His 42 scalps in 21 matches were the highest in the year, four more than Trent Boult’s 38 in 20. 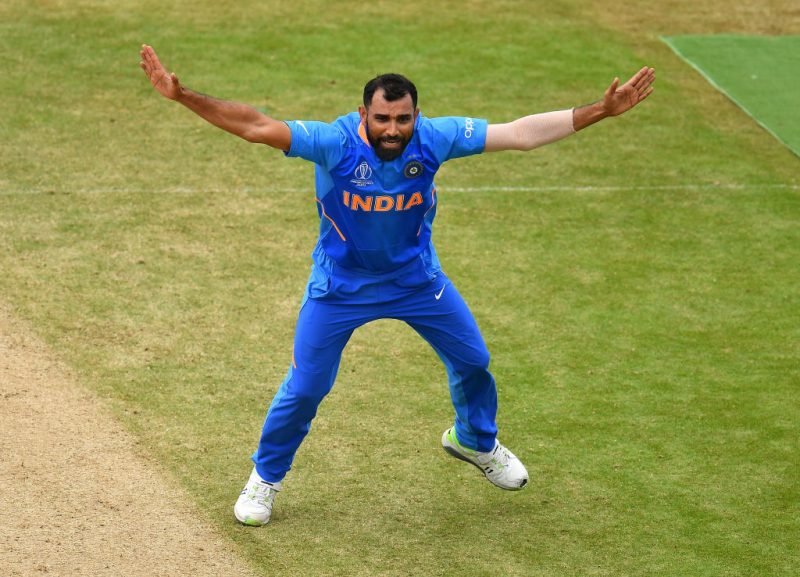 Shami’s career was gasping for breath, when in June 2018, he failed the mandatory Yo-Yo fitness test, leading to his exit from the Test side. With a younger batch slowly crawling up from the fringes, Shami had to undergo a complete overhaul.

It kickstarted a wonderful renaissance, one Shami sketched by taking up a revamped approach to fitness. It meant shedding extra weight, forgoing junk food, and intermittent fasting, which Shami was one of the first few to incorporate.

“The way Shami has come back into the white-ball set-up after his Test performances, I have never seen him so lean before,” India captain Virat Kohli had said in Australia, in January. “He has lost 5-6 kgs. He’s running in and bowling so well.”

With Jasprit Bumrah absent, and the younger lot blowing more cold than hot, Shami was summoned for a short-format return – the 29-year-old featured in back-to-back tours of Australia and New Zealand. A shoo-in for the Test side, Shami brought in his red-ball strengths to limited-overs cricket, swerving the ball in and away on a length, while slipping in the bouncer and yorker at will.

Shami’s bustling pace, and Test-borrowed attributes, paid instant rewards. A tally of 14 wickets in seven ODIs against Australia and New Zealand helped him extend his ODI stay for Australia’s return tour of India. It made several wonder – where was he all this while?

But once the World Cup came around, it became clear how difficult it was to find Shami a place when India’s injury line was clear. Bumrah and Bhuvneshwar Kumar were back at full tilt, with Hardik Pandya essaying the third seamer’s role. Shami was once again consigned to the benches. Not for long, though.

A hamstring injury to Bhuvneshwar midway through the tournament paved the way for Shami’s return. And it took little time for him to create an impact in his second World Cup, having finished as India’s second-highest wicket-taker in the 2015 edition.

Fourteen wickets in four innings made for a telling contribution. Included in it was a hat-trick against Afghanistan and a five-wicket haul against England. He ended up with a bowling strike-rate of 15.07, the best for any bowler across the tournament.

Shami’s absence from the one-day side over the last three years, fitness woes and personal tribulations aside, could also have been attributed to the early stereotyping of his bowling style, which has undergone a distinct upgrade over the last two seasons. Earlier, Shami was perceived as a hit-the-deck bowler, with the ability to extract appreciable reverse swing as the ball got older, a feature that has vanished from one-day cricket, with two balls being used from each end. 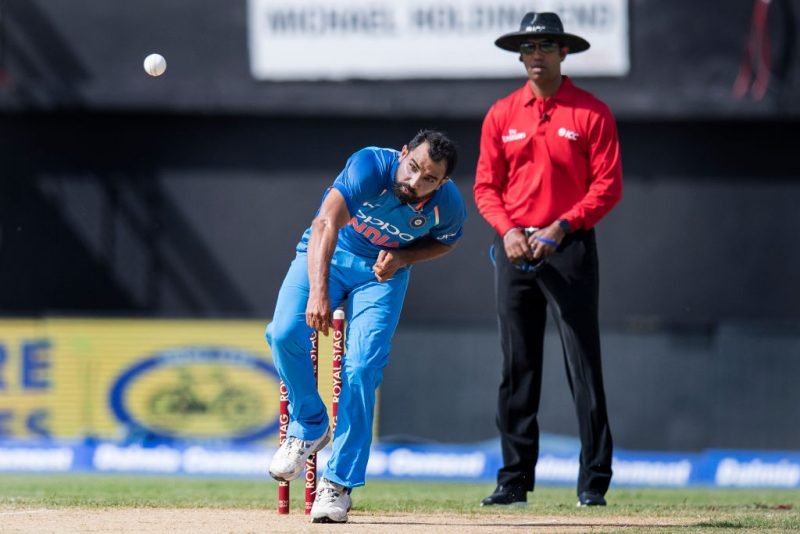 But now, armed with the ability to control his swerve with the new ball, and a subtle change in seam position, which allows the ball to jag after it hits the deck, Shami is a changed bowler.

The overall package has bits of Marshall nonetheless: the skiddy pace from a steady run-up, the ability to nip the ball both ways, and the tact to catch batsmen off guard with a great ball out of nowhere.

His yorkers were always on point; he’s enhanced his death-bowling game further by developing the ability to extract disconcerting bounce, sometimes even from a good length. The changes have started reflecting on the results too.

The six games he has played against West Indies since the World Cup, both in India and away, fetched him nine wickets, including a three-wicket haul in the second ODI in Visakhapatnam.

“I’m in my comfort zone, I have lost weight, my rhythm is good. Everything is going well,” Shami told Reuters in June. “I am trying to ensure that I maintain that rhythm [and] that diet that I have been following. The moment I lost weight, I found a rhythm for myself, there is a good feeling.”

At Cuttack in the ODI series-decider against West Indies, Shami’s dismissal of the in-form Shai Hope typified his 2019: a length ball, pitched accurately on the off stump, cutting back in sharply and breaking the middle stump. He did that to Hope during the World Cup, too, and did the same to du Plessis in the home Tests. There’s little one can do about it.

Bumrah’s continued absence has paved the way for Shami to seal a spot in the ODI XI, and even led to him returning to the T20I circuit for the first time in three years. When Bumrah returns, it’ll create a problem of plenty for India, but until then, there is little reason to doubt that Shami will remain critical to India’s limited-overs success.