Wisden Cricket Monthly columnist Kumar Sangakkara continues his series on the greatest players of his era. Here he recalls the magus-like craft and ferocity of the peerless Lahore southpaw, Wasim Akram.

My first experience of watching Wasim Akram bowling live was in 1994, when I was in my final year in school. It was at the Asgiriya Stadium – where I was lucky enough to play my school cricket and some of my Test cricket – and for some unexplained reason the curator left a very sporting amount of grass on the wicket, which was very much to the liking of the Pakistani opening pair of Waqar Younis and Wasim Akram. So much so that speaking to Kumar Dharmesena – who played in that game and is now a Test umpire – many years later, he recounts going up to inspect the pitch and coming across Waqar tossing the ball up smiling, looking down at the pitch, and casually asking, “Kumar, do you like watching murder films?”.

No sooner had the match started than Sri Lanka were bowled out for 71. Pakistan went on to amass a very large first-innings total, and then bowled us out again inside three days, which was unfortunate because if our batting had held out on that third day we would have drawn the Test match; as it usually does in Kandy, it started raining and rained continuously for the next two-and-a-half days, so we missed drawing the match by an hour.

If you ask any of the batsmen that played Wasim in his heyday, almost all of them will mention him as being the most difficult fast bowler they have ever faced

Sri Lanka were annihilated, and I was watching Wasim Akram with all his skill on display, and for a young budding cricketer in his late teens it was a fantastic sight to behold. I of course watched Wasim on TV in the 1992 World Cup final when he famously bowled those two magnificent deliveries, one to Allan Lamb from around the wicket that reverse-swung away and took his off stump, and then to Chris Lewis, that hooping inswinger from around the wicket that bowled him all ends up. England, who were cruising, were suddenly at the mercy of Pakistan, and Wasim had engineered a wonderful victory.

If you ask any of the batsmen that played Wasim in his heyday, almost all of them will mention him as being the most difficult fast bowler they have ever faced. Lara in particular sees no one else to challenge him. I had the misfortune of facing Wasim on a few occasions. The first was in Kenya during the Champions Trophy in 2000 when I faced one ball, a quick bouncer which I ducked. And even though I didn’t face him often, he got me out three times.

The first time was in Sharjah in 2002, when he managed to bowl me with an inswinging yorker with the new ball; then a few days later he again got me out caught behind; and then again, in the Champions Trophy, he got me lbw for a duck. That’s three not very fond memories of facing Wasim and I always tell him when I see him that I was very lucky not to have faced him more. 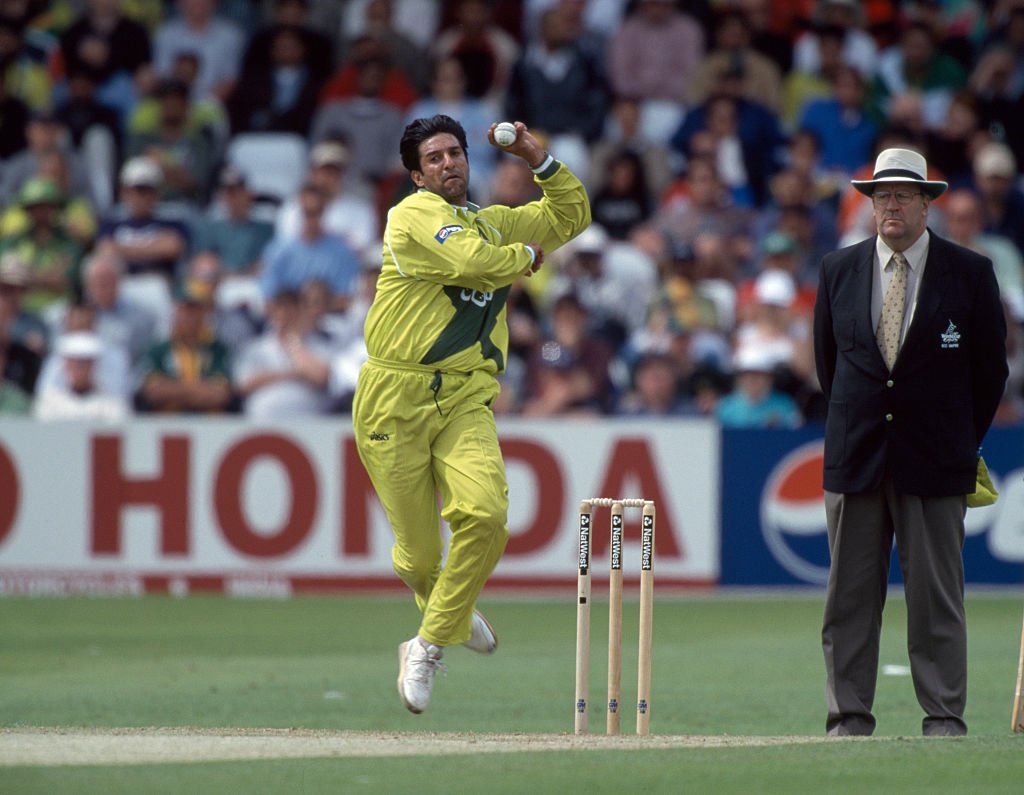 “I was very lucky not to have faced him more”

It was just awe-inspiring watching the skill on display every time Wasim bowled. He had a great ability to swing and seam the ball both in and out, to control the swing, to change his pace up from mid-130s to high-140s at will, and the ability to reverse swing the ball with great control, accuracy and penetration. You cannot ask for more from a fast bowler than the ability to be effective with both the new ball and the old ball, and both on wickets that helped seam and swing, but also on flat dusty wickets that helped Wasim to exploit reverse swing.

He also had the ability to use the angle and bowling position on the crease to good effect. At times, he got very close to the stumps, and then at times he went very wide to try and maximise the angle for both conventional and reverse swing. He had the ability to swing the ball away from wide of the crease and also bring the ball back in from the same angle. It troubled a huge amount of batsmen and was also a great part of his effectiveness.

Having seen him in the initial part of his career as a tearaway fast bowler with this very long run-up, I saw him mature and really become a master of his art by having this very economical action, a short run-up, and an aura of absolute control about his bowling that many a batsman found very intimidating. 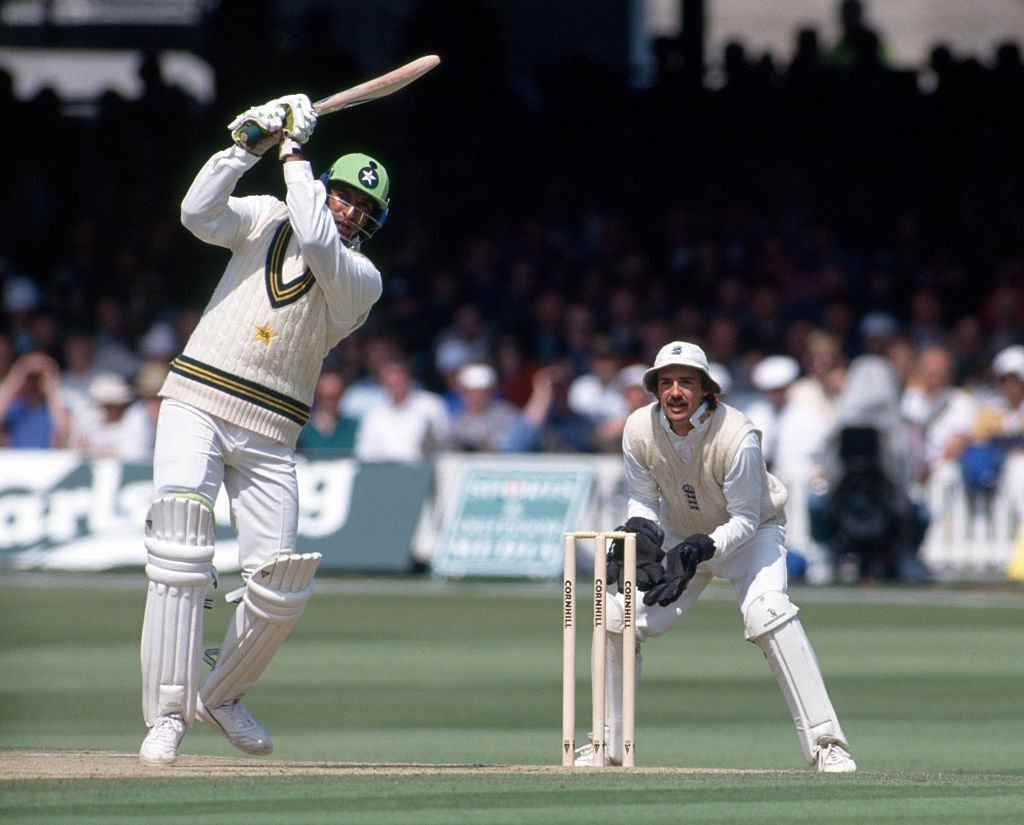 Not forgetting he was a more than handy batsman…

I watched Wasim take two hat-tricks in Test matches nine days apart, both against Sri Lanka. Mahela Jayawardene was a victim of the second hat-trick. Wasim had previously got the ball swinging in and got him lbw, and so when Mahela walked out to bat to face the hat-trick ball, he tells me that he set up for the inswinger, and this time Wasim just nipped it away from him and had him caught in the slips. Mahela, along with Aravinda [de Silva] and so many other Sri Lankan batsmen, talk about Wasim as out on his own.

He has also inspired a huge following of fast bowlers, not just in Pakistan but across the world, in Sri Lanka – the likes of Chaminda Vaas – and even in India. They have looked at this magician and thought ‘I want to bowl like him’. Suddenly you had this whole batch of left-arm fast bowlers playing in the subcontinent, and it was glorious to watch. I remember at one time Sri Lanka had Chaminda Vaas, Sajeewa de Silva and Nuwan Zoysa, three left-arm fast bowlers, bowling one, two and three for us in a Test match. The influence Wasim had on young cricketers who watched him was long-lasting.

He was also a very effective batsman later on in his career. I remember I was a reserve in my first break into the Sri Lankan national side, at the SSC, and Pakistan were nine down for not much, and then Wasim came in, and along with Arshad Khan, the off-spinner, put on almost 100 runs which on that wicket was a match-winning partnership. Wasim scored a very slow 78 off more than 200 balls, while Arshad made 9 from about 100 balls.

It enabled Wasim to come back the next day and exploit the conditions of the SSC to take five wickets. And then in the second Test of that particular series Wasim again showed what he could do with the bat, this time scoring a very fast hundred. There were many instances later on in his career where Wasim became a very influential all-round player for Pakistan.

I think Pakistan cricket and world cricket owes Wasim a huge amount. He’s much loved wherever he goes, and I will always remember Wasim for being a true magician with the ball in hand.