Cricket Australia has ample reason to point the finger of blame at David Warner. But not of all of it has to do with ball-tampering, writes David Schout.

David Warner has been handed the stiffest punishment out of the three players wrapped up in the ball-tampering affair. The reason? There’s plenty, not least the charge that he was responsible not only for devising the plan but also for showing Bancroft how to carry it out.

But CEO James Sutherland and his board have one extra reason to come down on the vice-captain like a ton of bricks – but you won’t be hearing about it in any official capacity.

Just eight months ago, Warner mirrored his on-field demeanour off the field, and played chief attack dog against CA in the protracted Australian Cricketers’ Association pay dispute. At one stage this row threatened the Ashes series, and in the months leading up to the August 3 resolution, the vice-captain maintained a highly-critical stance against his employer. CA didn’t like it, and it’s not hard to see why.

This Baggy means the world to me. Myself and all the other cricketers female and male want to get out there and play. We offered $30m of our money to grassroots as a peace plan. It was ignored. We asked for mediation twice before and it was rejected. Now CA says there is a crisis. The players are unemployed and some are hurting financially but continue to train. Administrators all still being paid. How is it our fault no deal is done. #fairshare

One Instagram post from Warner at the time said the players were being ‘ignored’, mediation attempts were ‘rejected’ and even queried: ‘how is it our fault no deal is done?’ Most would recognise this sense of victimhood as all too familiar given recent events, and it is one that played out during the ugly dispute. He also accused CA of hurting the team’s chances of beating England in a crucial Champions Trophy clash last year, after they released a video explaining why the (then) current MOU was unsustainable for grassroots cricket.

“At the end of the day we’re here to win and if Cricket Australia want to try and help us win I think they wouldn’t be releasing videos like that,” he said.

It didn’t stop there. Warner again used social media to attack his employer.

“Family is everything to me. I thought the same about my old workplace but I guess I was wrong.” 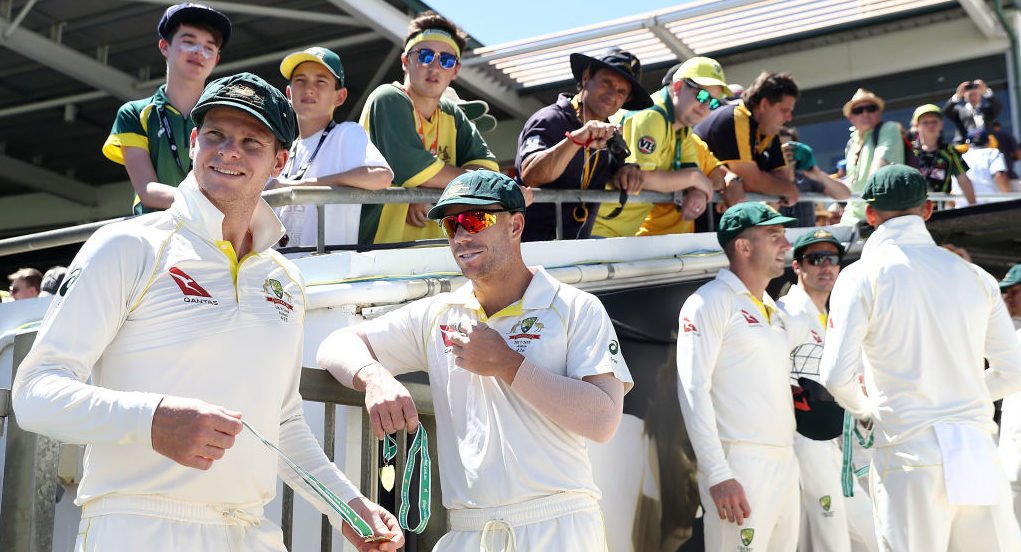 Relations were soured by the pay dispute

He also said: “Thanks to our fans for all your support. You can now see firsthand what we have to deal with #fairshare.”

Respected cricket journalist Robert Craddock claimed on Melbourne radio this morning that Cricket Australia have been ‘dying to nail him’ since this time. He elaborated in an online piece: ‘When Warner is banned there will not be a single tear shed in the offices of Cricket Australia where many of the high ranking staff cannot stand him’.

CA are understood to have been concerned at the culture of the Australian team for some time, and it is no secret who they believe to be main perpetrator

Warner even criticised Steve Smith’s role in the dispute, saying he ‘could probably push more’ in the players’ plight – sentiment not lost on anyone given the events in Cape Town. The continued barbs aimed at CA gradually wore down the relationship between it and its players, wounds still very much open to this day. CA are understood to have been concerned at the culture of the Australian team – and how they were perceived by the general public – for some time, and it is no secret who they believe to be main perpetrator. Many, including former captain Michael Clarke, also expressed concern about the public nature of the back-and-forth barbs of the pay dispute, and inadvertently questioned Warner assuming the key role.

“If the players are going to be involved, like they have been on social media, it needs to be led by Steve Smith,” he said.

It wasn’t. It was led by Warner. This is not to exonerate CA from their role in the dispute, rather to point to where their thought-process around Warner is at this very moment. That is, whether he has a future in the game.

Warner said in the aftermath of the pay row that he regretted how it played out in the media. But by that stage it was far too late. Smith was also asked whether Warner’s continued criticism of his employer, which contrasted with his own diplomatic tone, could garner retribution from Sutherland.