To mark the Little Master’s 45th birthday, we’ve picked out six highlights from his glittering career as faithfully recaptured on YouTube.

We love a trawl through old cricket videos on YouTube. There’s no better way of losing an hour/afternoon/week. We also harbour a fair bit of admiration for Sachin Tendulkar. Here are six of his best bits caught on tape.

Having debuted at 16, Tendulkar made his first hundred at 17, with a match-saving innings against England at Old Trafford. Batting exquisitely on the game’s final day, Sachin inspired the immortal line from Richie Benaud on BBC commentary: “There will be plenty more hundreds to come from this man’s bat… I just hope I’m around to see them”

A classic knock on a deathly quick pitch in Perth, this one has gone down as one of the purest hundreds of the era and is rated as among his finest innings by the man himself. It might have come in a heavy defeat for India, but this 114 against Australia in 1992 is well worth a few minutes. 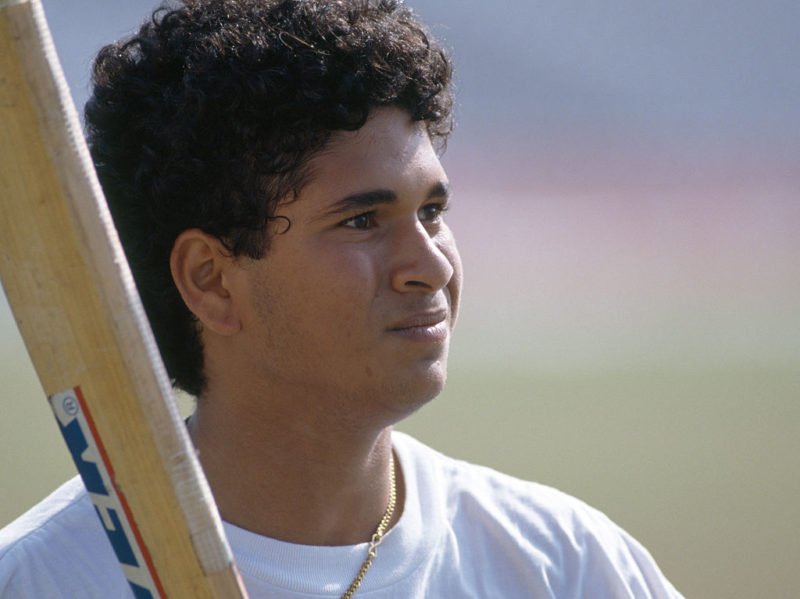 No one-trick pony, Sachin had his moments with the ball as a ‘utility spinner’. In a one-day semi-final against South Africa in 1993, skipper Mohammad Azharuddin took the bold decision of chucking the ball to Tendulkar for the first time in the match with one over left and the opposition requiring just six runs to win. And would you believe it? The young twirler rolled out six leggies at a nervous South Africa lower order who could only manage three runs – and a run out – from it.

Arriving at the fourth Test in Sydney 2004 in woeful form, with just 82 turns from five innings, Tendulkar made premeditated decision to entirely eschew the cover-drive. And didn’t it work. On Steve Waugh’s patch, Tendulkar’s exemplary exercise in restraint brought him 241 not out and infuriate the Aussies. You can’t keep a good man down.

Related Story: Gavaskar: Kohli should call Sachin and ask ‘What should I do?’

One of Tendulkar’s most famous moments came even before he’d made a Test match hundred. The first Test of that 1990 series against England was dominated by the runs of Azhar and Graham Gooch, but young Sachi caught the eye with a stunning running grab in the deep off Allan Lamb. We might be used to athletic boundary catches these days, back then it was a rare sight indeed. And just another sign of someone special breaking through.