The fight for the heart of Middlesex through the Seventies and Eighties took place between Mike Brearley, a bearded theorist and Phil Edmonds an aristo sophist; Middlesex margrave John Stern recalls a very English rivalry.

In the case of the Crown (and three lions) versus Kevin Pietersen, those seeking historical evidence that great teams don’t have to contain 11 individuals getting along or indeed toeing the party line, would do worse than explore the relationship between Mike Brearley and Phil Edmonds.

Both were Cambridge-educated but might as well be from different planets. Maverick left-arm spinner Edmonds didn’t so much plough his own furrow as farm an entirely separate piece of land (literally, as his exotic post-playing career attests). Brearley is the man with a degree in people (copyright, Rodney Hogg) whose success as captain of Middlesex and England sets him, in the minds of most if not all, on a pedestal of unique leadership greatness. Edmonds, though, was one who did not fall under Brearley’s spell.

Two years ago, I was commissioned by Middlesex CCC to produce a brochure to commemorate the club’s 150th anniversary in 2014. One of the plans was to interview movers and shakers from their periods of domestic dominance in the 1970s and ‘80s.

Everyone was very obliging and the club assisted, where required, in putting me in touch with relevant parties. But no one, not even the senior officers of Middlesex CCC, knew how to contact Edmonds. He had been chairman of the club only a few years earlier but he was off the radar, save for the odd – in more ways than one – story that would appear in the business pages about one of his ventures in Africa.

It was a throwaway line at the end of an interview with Tim Lamb that provided the key. Lamb bowled medium-pace for Middlesex (and later Northants) in the Seventies, then became the club secretary before going on to become chief executive of the Test and County Cricket Board, predecessor of the ECB. But more importantly to my Edmonds quest, he was good friends with Frances, Phil’s wife and infamous author of mid-1980s tour books. 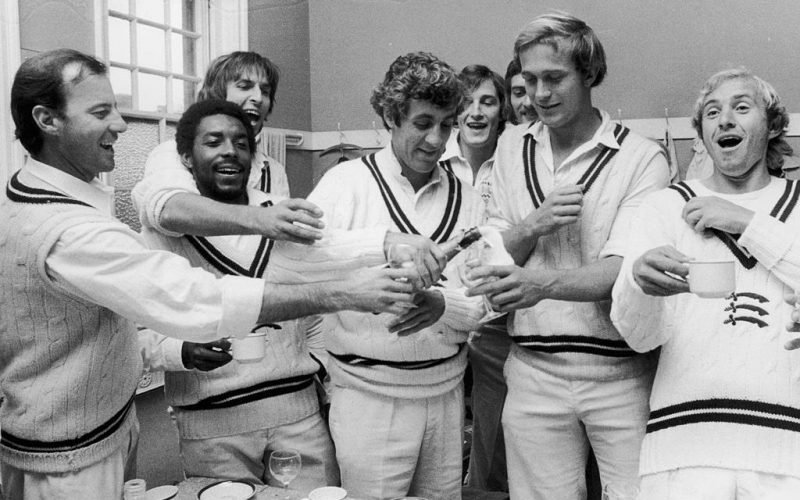 A few days later, my mobile went. “Phil Edmonds here,” said the brusque southern African accent before asking what I was after. I said I wanted to interview him and that a phone chat would be fine – I was concerned that having got him I didn’t want to lose him. “I find these things are best done over a glass of red,” he ventured. All in a day’s work, I thought.

So off I went to Mayfair and pressed the buzzer marked African Enterprises. Edmonds sat on the edge of a large desk, in a huge office with maps of the Sudan on the walls. Suited and wearing a Middlesex tie (“It’s just for you – it was either this or a John Emburey benefit tie”), he quizzed me about the project and decreed, annoyingly, that he didn’t want to speak on the record. That struck me as odd for a man who, had he been given to such introspection, might once have thought it was tough being him in that Middlesex dressing room.

I had to make do with Rioja and pizza in his local wine bar while we chatted about all sorts, from cricket, politics and his curious combination of business and philanthropy in Africa. His recall of his Middlesex career was sketchy and varnished by decades of detachment. Contrast that with his old spin twin, John Emburey, whose recall was as canny as his relentless bowling and for whom dressing-room grievances – such as being deprived the Middlesex vice-captaincy after the rebel tour – still pained.

“Philippe blames Mike Brearley [when he was England captain] for him not playing more Test cricket,” said Emburey, for whom Edmonds was best man at his wedding. “He favoured Geoff Miller over Philippe and he resented that because he thought he was a better bowler, a better all-round cricketer, which he was. There was probably at the time a lack of respect there from Philippe because of it and also because of the way Brearley batted, which was very slow at times.” 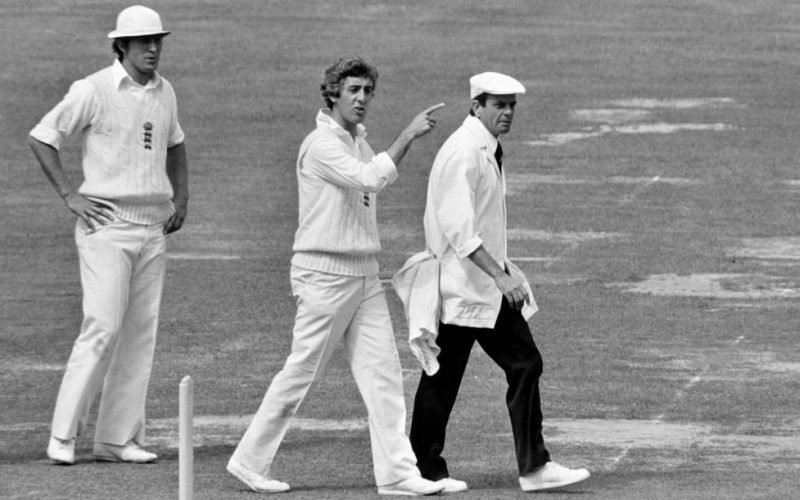 In the 1970s, the first innings of a County Championship match was limited to 100 overs. One of Edmonds’ recollections was Brearley coming off the field, having made, say, 70 from 70 overs and passing Edmonds on the way out. “Quick runs, quick runs,” the skipper would allegedly say to Edmonds. “It was fine for a while,” Edmonds recalled, “but after a few innings where you’ve made 16 off 12 balls and then got out, you just think f*** that.”

There was no Rioja to be seen, as I sat in Mike Brearley’s kitchen on a glorious mid-summer’s morning, the patio door open to a blooming garden.

“He was a terrific cricketer,” said Brearley. “It’s well known that we had our difficulties but we also had enjoyable conversations. He was stimulating and provocative and probably I was too. We quite enjoyed each other at times too and we had various conversations where we tried to put things right.

“He was such a talent but he never became a better batsman, he became worse”

“I felt about him that he didn’t really learn. He was such a talent but he never became a better batsman, he became worse. And his bowling didn’t really develop the way that John Emburey’s did. John was a much lesser cricketer when he first played for Middlesex but by the end he was as effective a batsman and a more versatile bowler. Philippe could always bowl a ball to get a top batsman out.

The other thing about him was he wasn’t as confident as I thought he was. He had the air that made me feel stupid but there were times when I don’t think he was sure he could do it. When I wanted him to bowl slower, for example. He had that terrible time when he lost it as so many left-armers have done. I don’t think I handled him very well but I don’t think it was easy and I noticed that Gatt didn’t find him the easiest after I stopped.” 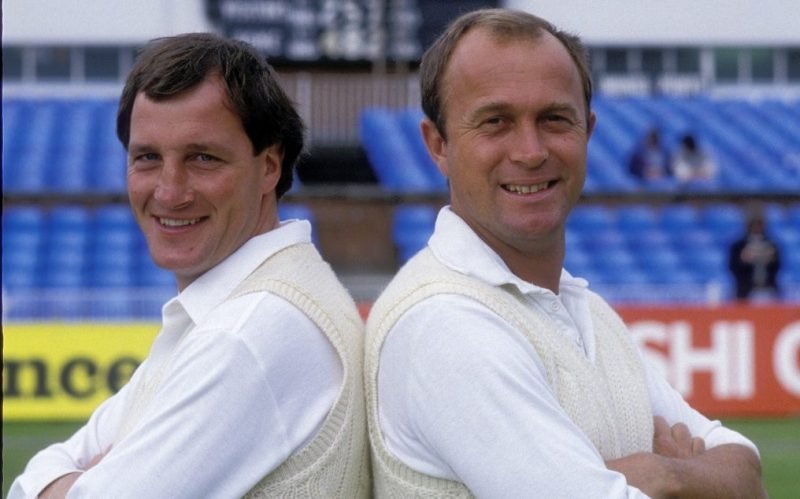 Mike Gatting explains: “It was turning square and I said let’s have a short-leg not a mid-wicket. Philippe said ‘No’. I went to backward short-leg anyway and the next two balls were full bungers that were smashed through mid-wicket. ‘There, I told you so’. You end up swearing at him.”

The overriding impression of Edmonds, the cricketer, is of a man who thrived on the cut and thrust of the contest, for whom conflict on or off the field was simply oxygen. The desire for consistency, and a good career, as per Emburey, just didn’t float his boat.

Related Story: Wisden Cricket Monthly issue 56: The coronation of Ben Stokes and the ‘next Fab Four’

The last word goes to Ian ‘Gunner’ Gould, Arsenal-loving chirpy keeper for Middlesex, Sussex and briefly England, turned international umpire. “Edmonds was a decent enough bloke, bit strange at times but I’ve met a lot stranger people than him,” he says. “He was good round the changing room. He was always having a pop at Brearlers. Those two were very educated people. Well, Philippe said he was educated, not sure whether he was. The other guy certainly was. But there was great banter in the corner between the two of them waffling on with long words.”

And some short ones too.