The last international game played between New Zealand and England, the World Cup final at Lord’s on July 14, was, perhaps, the greatest cricket match of all time. They now take on each other in the game’s other two formats across the next five weeks, beginning with the first of the five T20Is in Christchurch. We have a look at the top five clashes between the two teams in the game’s shortest format.

The first ever T20I clash between the two teams came during the Super 8 stage of the inaugural edition of the T20 World Cup in South Africa. While New Zealand had beaten India in the previous game in Cape Town, England went down to South Africa by 19 runs at the same venue, leaving them in a must-win situation in the remaining two games to keep their semi-final hopes alive.

Some encouraging performances with the bat but we lost our final warm-up game against NZC XI ahead of the start of the IT20 series on Friday.

Skipper Paul Collingwood put New Zealand in to bat first and the pace trio of James Anderson, Stuart Broad and Andrew Flintoff had the Blackcaps reduced to 31-4 within the powerplay. Veterans Scott Styris and Craig McMillan then revived the innings with a 60-run stand, the latter top-scoring with a stroke-filled 57. Skipper Daniel Vettori provided the late flourish with a quickfire unbeaten 17 to take his side to 164-9 at the end of 20 overs.

By contrast, England had a great start to the chase, with openers Darren Maddy and Vikram Solanki adding 62 for the first wicket. Vettori then struck gold with the ball, removing Solanki and the dangerous looking Kevin Pietersen for 24 each, while Maddy’s downfall was brought about by a run out. Luke Wright and Owais Shah revived hopes, but Shane Bond struck twice in the penultimate over to help secure a five-run win, eliminating England from knockout contention.

England had swept the Test series 2-0, while the three-match ODI series went to the visitors. The last leg of the tour featured two T20Is, the first of which turned out to be a high-scoring affair, with nearly 400 runs scored in the game.

After being put in to bat, New Zealand lost all-rounder James Franklin for a golden duck in the first over, but were put in a position of strength by Hamish Rutherford and skipper Brendon McCullum, who scored 62 and 68 respectively. Ross Taylor and Tom Latham then provided the late impetus, to help their side finish at 201-4 in the first innings.

England got off to a flying start, racing to 54-1 at the end of fourth over, Michael Lumb leading the way with a quickfire 29. The hosts kept up with the required rate, going past 100 in the 10th over, before Alex Hales’ dismissal for 39 brought New Zealand back into the contest. They struck twice more to set the game perfectly with England needing 63 off the last five.

With 16 required off the last over from Corey Anderson, Ben Stokes struck six off the first ball, but he and Ravi Bopara could manage only three singles and a leg-bye from the next five balls, as New Zealand emerged victorious by five runs.

Having won each of their four games in the Super 10 stage, Kane Williamson’s New Zealand emerged as the team to beat in the tournament. Put in to bat by England skipper Eoin Morgan in the semi-final clash, they were firmly positioned at 89-1 at the halfway stage and seemed on course for a big total.

England however, made a remarkable comeback, with Chris Jordan and Ben Stokes leading the way, conceding just 20 off the final four overs, as New Zealand finished at 153-8. 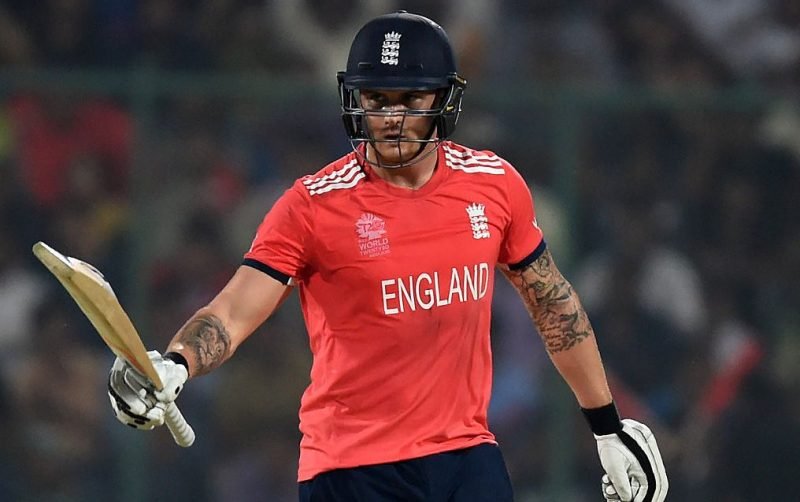 Delhi’s pitch, New Zealand’s spin attack, their shrewd leader, and their recent history in the tournament suggested that they had enough runs on the board. England though, having already pulled off a record-chase of 230 against South Africa earlier in the competition, showed their batting prowess yet again, with Jason Roy leading the way with a 44-ball 78.

Ish Sodhi did strike twice in the 13th over, but having already gone well past the required run rate, England hardly seemed under pressure. Jos Butler then finished the job with three sixes off four balls to take his team to their second World T20 final.

Having already lost the first two games in the opening leg of the series to Australia, England’s progress in the tournament rested on their first game against co-hosts New Zealand in Wellington. In Eoin Morgan’s absence, stand-in skipper Jos Buttler put the home team in to bat first and Kane Williamson, his opposite number led from the front, scoring a fluent 72. Martin Guptill contributed 65 as New Zealand set England 197 in the must-win game. 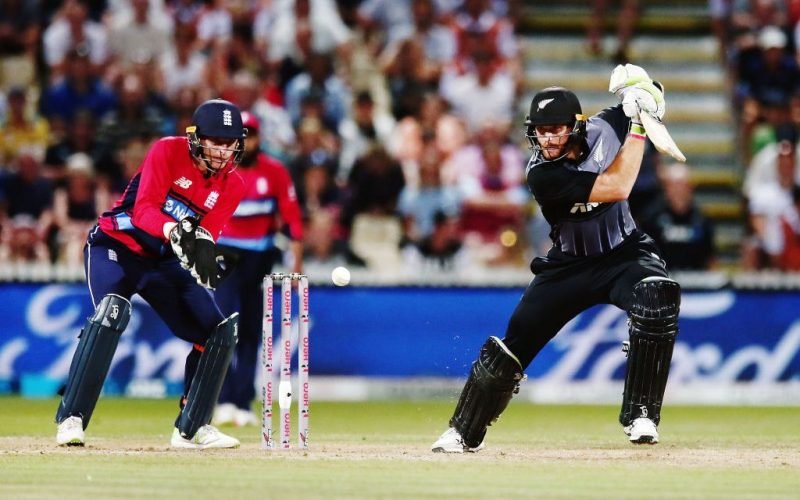 The visitors lost Jason Roy early, but Alex Hales and Dawid Malan kept them in the hunt with the former striking six fours and three sixes during his entertaining 24-ball 47. Ish Sodhi got the better of Hales, after which New Zealand crawled their way back, striking at regular intervals. Malan got to his third T20I fifty, but found little support from the other end as England capitulated for 184-9, losing by 12 runs.

Related Story: Babar Azam’s rise from pretender to the throne to all-format conqueror

If it was Williamson who starred in the previous game, the penultimate game of the series saw England skipper Eoin Morgan lead the way, though his side couldn’t win by a margin sizeable enough to give them the net run rate swing they needed. Electing to bat first, Morgan resurrected the innings after a shaky start, scoring an unbeaten 80 which included four fours and six sixes. He found able support in Dawid Malan, who registered his second consecutive fifty, as England put up 194-7 in 20 overs.

Martin Guptill and Colin Munro got New Zealand off to a flying start as the hosts raced to 77-0 at the end of the fielding restrictions. Munro brought up his half-century with a six off his 19th ball, before falling to Adil Rashid for 57. Guptill carried on and the Kiwis seemed well on course, needing 31 off 22. However, the innings stalled after his dismissal in the 16th over. Tom Curran and Chris Jordan then showed off all their death-bowling prowess to give England a thrilling two-run win.