With the famously inhospitable WACA in Perth hosting its last Test match during the 2017/18 Ashes, Mark Butcher, the ex-England batsman, recalls his standout memories of a ground where he scored 10 runs in four Test innings.

It’s a ground that has its reputation because of the pitch, and it is in your mind before you start. There are a lot of conflicting thoughts. You know it’s going to be quick, bouncy and the ball’s going to be flying around your ears, but you also know that the bowler’s probably going to be wanting to pitch the ball up more than they might do elsewhere in order to try and take nicks, so you’ve got to be thinking about trying to get forward. You’ve got this weird imbalance going on in your head. 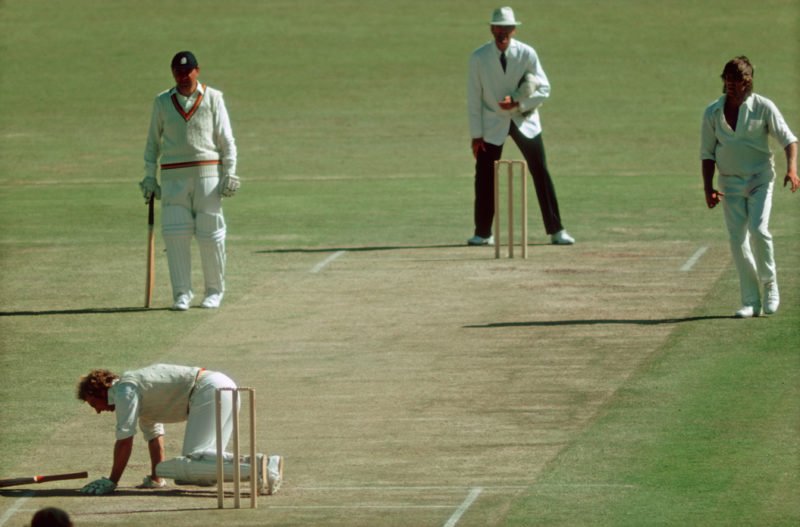 There’s trepidation, for sure. And for a non-batsman like Tuffers [Phil Tufnell], I can’t imagine what’s going through their mind, sat there with their pads on. Because it’s not nice.

My standout memory of first playing there was in an Ashes warm-up game in 1998. I remember being sat there, geeing myself up before going out to bat, and thinking this was a great opportunity to give a great display against fast bowling. Two balls later I’m back in the dressing room with my forehead split open. That was Matt Nicholson who ended up playing with me at Surrey. I’ve still got the scar.

Lee bowled a spell as quick as I’ve ever seen in Test match cricket and he cleaned him up. Tudor was lying on the ground with his legs twitching and I thought he’d killed him

I remember the Perth Test on that tour because of Alex Tudor. He’d just broken through and was making the Aussie batsmen hop around. And the second Test I played there,  in 2002, I also remember because of Alex Tudor, because I thought Brett Lee had killed him. On the second evening Lee bowled a spell as quick as I’ve ever seen in Test match cricket and he cleaned him up. Tudor was lying on the ground with his legs twitching and I thought he’d killed him, I honestly did.

In the same match Ricky Ponting played two of the best consecutive shots I think I’ve ever seen, off Steve Harmison. Steve was bowling fast, it was a flyer of a pitch, and Ponting drilled a length-ish ball back past him through mid-on, on the up. The next ball might have been a foot shorter and Ponting smoked a pull shot in front of square. I stood there at slip and clapped. I got a filthy look from Nasser. In those kinds of conditions the great players can do things like that.

Related Story: When Harmison deliberately got bowled on Lehmann’s advice

I was run out in the first innings of that Test – of all the ways to get out at the WACA! Then McGrath knocked me over in the second, lbw, trapped on the crease, a classic way of getting out at the WACA. I knocked the stumps over in pure disgust  as I walked off and got fined. It’s not a ground filled with many good memories for me.

This is part of an eight-page feature commemorating the WACA in issue 2 of Wisden Cricket Monthly, out December 15