One cursory glance at the technicolour uniforms and theatrical pyrotechnics of a T20 match and you’ll recognise a very different version of the game most closely associated with the village green. The game has clearly moved on.

Mercifully, nostalgia is a progressive’s adversary and despite the efforts of an optimistic few such as Dennis Lillee and his infamous aluminium bat, some things in the game will likely forever remain sacrosanct.

There’s a pastoral element to cricket, a romanticised, rural ideal of natural components that comprise a quintessential summer sport. Grass. Leather. Willow. It’s all that’s beautiful about the game. The Test ball, an enduringly fine example of artisanal craftsmanship, is simply the cherry on top.

The smell of new cricket balls, fresh leather, is ever-present around the factory. Is there a better smell for a cricketer?

On a warm antipodean winter morning back in early January we found ourselves at Kookaburra’s south Melbourne factory to see first-hand the production process of their famous Turf ball. From the outside Kookaburra’s HQ is a non-descript industrial building, its facade wrapped with the type of off-white cladding typical of industrial estates the world over. Its most distinguishing feature is a statue out front of illustrious Australian batsman, Victor Trumper, an iron representation of his most famous 1905 image two feet down the wicket at The Oval, his eyes fixed and his bat cocked pre-slog.

For all intents and purposes it was a standard factory tour, punctuated with nuggets of useful trivia from our knowledgeable host and Head of Ball Production, Ross Thompson. Having been granted inside access, it wasn’t lost on us that we were lucky to be there; to most, visits to the largest cricket ball manufacturer in the world are rare.

1. Leather casings sit like half cherries. These little domes of moulded red leather will soon be matched to the cork and twine cores, stitched, and out in your hands for a game before you know it.

2. The little “hats” of two quarters of a four-piece ball are stitched inside out and then flipped and cut to create these perfect domes. Every true craftsman has their favourite tools. A custom-made curved blade specific to this process, made by the operator of this station in the production line. 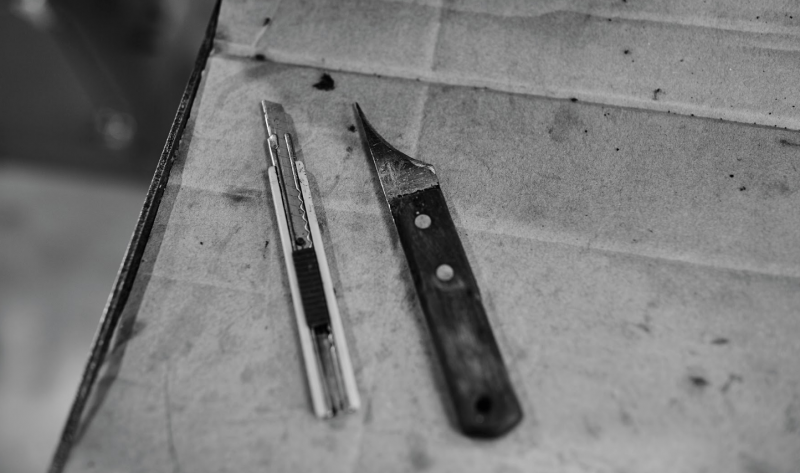 3. No matter which level or model of ball Kookaburra produce, it has a specific set of branding stamped on the ball to prove its authenticity and to identify the model. These are heat pressed onto the leather casing using a hot die and foil prior to being lacquered with shellac over the top. 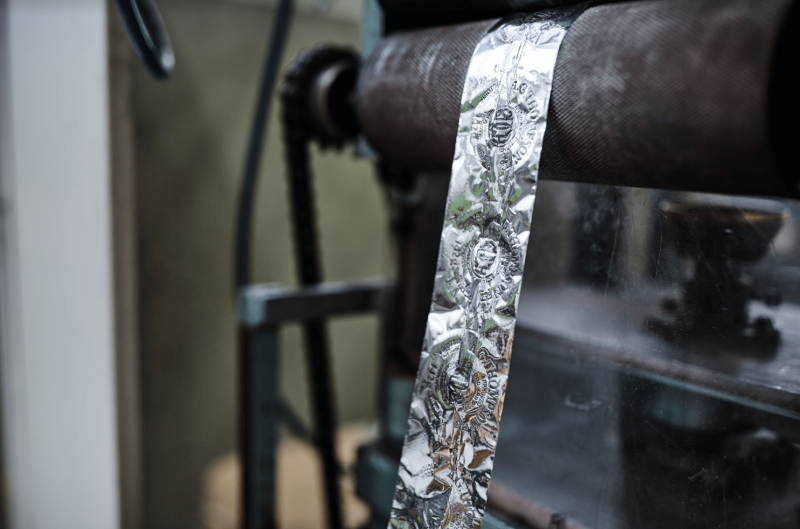 4. The two halves are clamped before being stitched together by hand, 80 stitches in all. These hands have done a few more than that in their time. 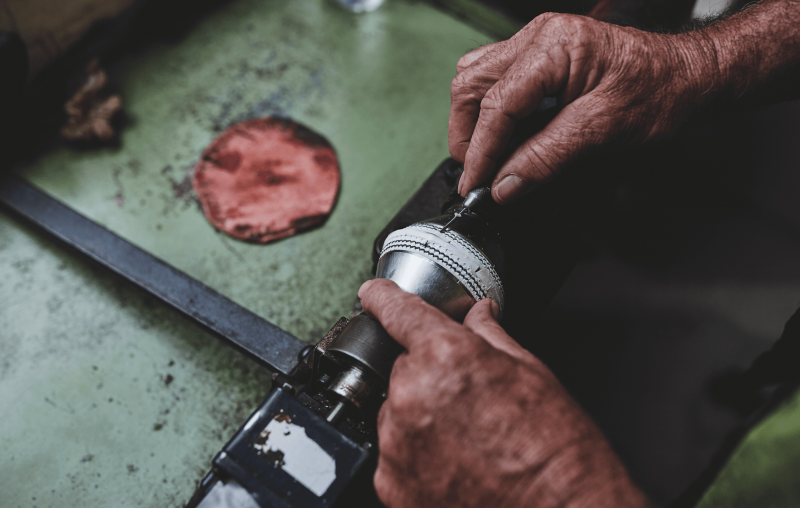