Two-and-a-half years ago it looked as though Test cricket would pass on Pakistan batsman Shan Masood, but a change of technique has given him another shot at the big time, and, according to Sean Wilson, the signs are very positive.

In August 2016, after failing to deliver on his promising talent, Pakistan batsman Shan Masood was on the verge of becoming a disappointment in the Test arena.

Despite flashes of brilliance – he made 75 on debut against South Africa and 125 in a stunning run-chase in Sri Lanka – a difficult time in England, where he made 71 runs in four innings, led to him being dropped from the Pakistan side, mid-series. It would be a while before Masood returned to the Test fold.

During those Tests in England, Masood’s technique was found wanting, none more so than when Jimmy Anderson was bowling. Anderson dismissed him twice in four innings and an additional four times in the winter series in the UAE. Many top-order batsmen have fallen to the masterful swing of England’s leading Test wicket-taker but it became evident that Masood was not ready to combat such mastery. The initial success of his replacement, Sami Aslam, can’t have helped, either.

Then came Masood’s watershed moment. It would have been easy for a player to accept that being outclassed by a top bowler is part of the game and thus decide to stick with the same methods that got him noticed by the Pakistan selectors in the first place. But the 29-year-old knew he had to make a change. 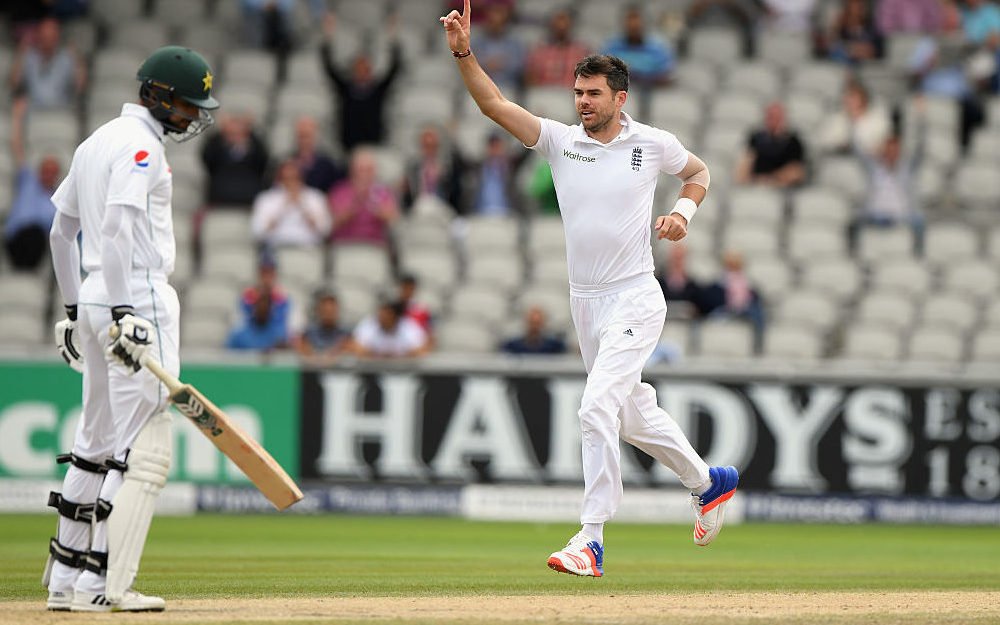 That change came about when he found and then decided to visit Gary Palmer, a freelance batting coach who specialises in technique. Palmer, who played first-class cricket for Somerset, is a coach who believes that an open stance prevents players from falling towards the offside. Furthermore, Palmer is convinced that attention to the finer details of technique, as well as hitting hundreds of balls to to build muscle memory, is paramount to a batsman’s success.

Palmer has his own academy and has worked with several high-profile players, none more so than Alastair Cook, a man Masood looks up to. Masood saw the turnaround in form of Cook under Palmer – the two began working together in 2016 – and wanted similar success. The pair then underwent several sessions at Lord’s implementing a new open stance for Masood in which he emphasised playing straighter and being more balanced at the crease.

Related Story: How are Pakistan’s stars faring in the County Championship?
“Gary has made me open my stance up more, as well as stay more still at the crease so that I’m not on the move by the time the ball has been delivered, therefore reducing the chance of me being late on the ball,” Masood informed me in 2017. “I also have a better flow to my bat swing now. It is not as rigid and robotic as it was before. It feels more natural now and has allowed me to play certain shots better than I could before.”

With alterations made, Masood went back into domestic cricket in Pakistan and was determined to prove the national selectors wrong. It didn’t take long. In the 2016/17 Departmental One-Day Cup, he scored 420 runs for United Bank Limited, with his average of 70 second only to Ahmed Shehzad among batsmen who had played seven innings or more in the competition that year.

Masood’s sparkling domestic form gave him another potential shot at cracking international cricket. First, however, he had to perform well on the Pakistan ‘A’ tour of New Zealand in October and November. He did just that, making 352 runs from four innings at an average of 88, outshining any other player on that tour. Despite not quite firing in one four-day and five List A matches against the England Lions, Masood was subsequently called up to the Pakistan Test squad in South Africa.

It was in this series that the left-hander really made people take note of his progression. Masood was due not to play in the first Test but was instated 90 minutes before the start of scheduled play due to an injury to Haris Sohail. Throughout the three Tests, Masood impressed many with how solid his game had become. This was not the man who looked all at sea against top-class seamers two years previously, this was now an organised, compact player who looked as consistently comfortable as any Pakistan batsman on show. 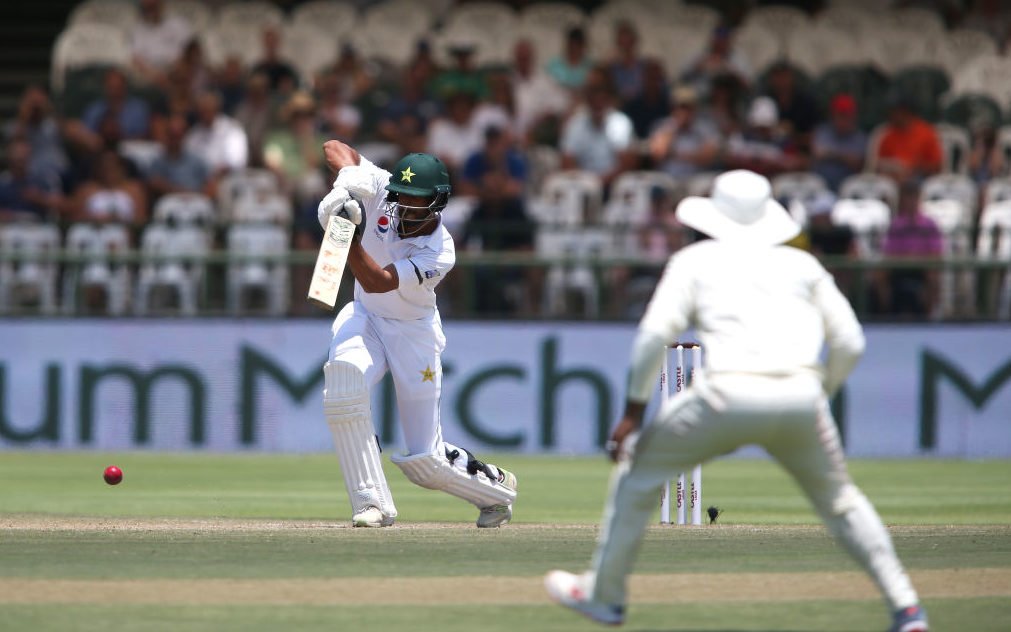 At Centurion, batting at No. 3, Masood was unluckily dismissed for 19 in the first innings, but made an impressive 65 in the second – a knock ended only as a result of him hitting out in search of quick runs with the tail. At Cape Town, Masood played well again, making 44 on day one, while the rest of the top six fell cheaply around him, and 61 in the second innings during Pakistan’s best partnership of the series – a stand of 132 with Asad Shafiq.

At Johannesburg, after Fakhar Zaman was dropped, Masood was promoted to open and despite being dismissed early by the excellent Vernon Philander in the first innings, he made a composed 37 before Pakistan’s chase faded.

Masood’s displays drew compliments from the Supersport commentary team and although no big score was made, his consistency and improved technique showed promise. He played the vicious short deliveries of Duanne Olivier with ease and was equally comfortable in defence and on the front foot against Dale Steyn and Philander.

Related Story: Watch: Questionable lbw decision sees Stuart Broad end Shan Masood’s race for record-breaking 1,000 runs
Masood was open-minded enough to admit there was a problem with his game, so he decided to fix it, stepping out of his comfort zone. His hard work off the field has led to promising signs on it and it could well mean that he has finally come of age as a Test batsman.