New Zealand were scaling new heights in the Eighties under Jeremy Coney, with Sir Richard Hadlee in his prime. But it wasn’t a happy changing room. Paul Ford, co-founder of Black Caps supporters’ group The Beige Brigade, looks back at an infamous feud between skipper and star man.

One of the most legendary feuds in New Zealand cricket history was between Richard ‘Paddles’ Hadlee and Jeremy ‘Mantis’ Coney, who shared a dressing room in the halcyon days of the mid-Eighties. They sweated and showered together as part of a Kiwi team revered for grittiness, punching above its weight, facial hair, brown and tan kit, and the very occasional superstar.

Hadlee was the alpha fast bowler with white sweatbands, a deadly professional attitude in a quasi-amateur era, and an unforgettable moustache. He was the Aotearoa edition of Dennis Lillee, but with batting talent to burn. His swing-bowling action was a thing of beauty – still immortalised in ceramic and sold on his website to this day – and his haul of 431 wickets was a Test record at the time of his retirement. Staggeringly, in his 86 Test matches he claimed 35 per cent of all the wickets that fell.

Coney, who was New Zealand captain at the time feathers began to fly, was an altogether different insect. He was a lanky batting all-rounder best known for being an organised and resourceful batsman, a courageous and astute captain, a loquacious observer of the game from the cordon (and later the commentary box) and a terrific slip fielder.

His bowling was a sight to behold, as Fred Trueman observed: “[Coney] bowled the ball so slowly that by the time the ball reaches the other end the batsman has played himself out of form.” By New Zealand standards at that time Coney was a highly successful skipper and returned five wins, six draws and four losses, working closely with the shrewd, acerbic ‘cricket manager’ Glenn Turner.

One of those losses as captain came in the second Test against the Viv Richards-led West Indies team in March 1987, at the ‘Concrete Garden of Eden’ in Auckland. It was not just a loss, but a degradation of epic proportions, culminating in a 10-wicket hiding on the back of a special Gordon Greenidge ton and some old-fashioned umpire abuse by the Windies skipper. 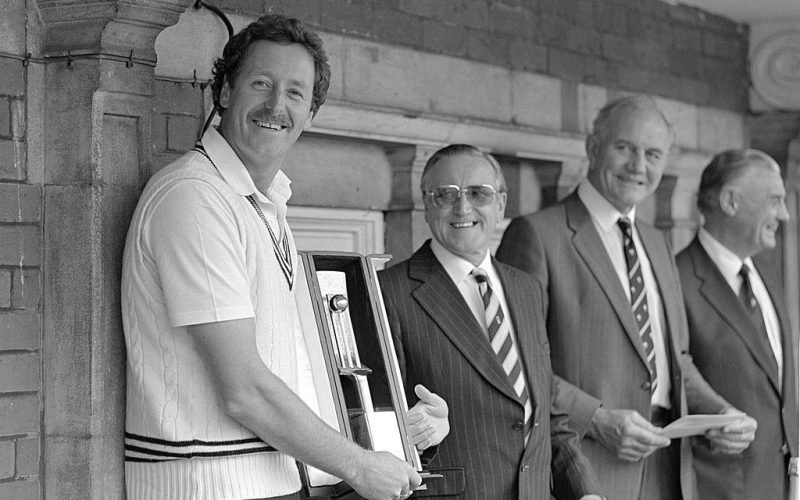 In the aftermath of the shellacking, Hadlee vented his aching professional spleen in a column in The Truth, a tabloid newspaper. “One of the most over-worked words in sport is discipline – but we New Zealand cricketers need more of it as we prepare for the third Test,” he said. “Frankly, discipline has slipped in this series. It’s simply not good enough for players to be late for 9am practice. To me, that’s slack.”

Hadlee later said that he was trying to be constructive with his criticism in order to “stir the lads up”, but it went down like the proverbial turd in the punch bowl and he was castigated at the team meeting before the third Test in Hadlee’s heartland: Christchurch.

“The players have remained loyal to you, especially when you’ve missed the odd practice or team meeting”

In no uncertain terms, management invoked one of sport’s greatest clichés and he was asked not to air the team’s dirty laundry in public. He was then mortified to get a tongue-lashing from Turner in The Press, wondering whether Hadlee would get a smack from his parents if he told on his brothers Barry and Dayle.

The feud was simmering now with Hadlee prowling in his corner and Turner and Coney stomping around in theirs. A ‘clear the air’ meeting was then called after rain caused the first day of the Test to be washed out. Sparks flew as Coney claimed he hadn’t spoken to Hadlee for a fortnight because he was “disloyal to the team” and expected special treatment. And then he issued the grenade: “The players have remained loyal to you, especially when you’ve missed the odd practice or team meeting. They’ve kept quiet about the car controversy… We never know what you are going to say next.” 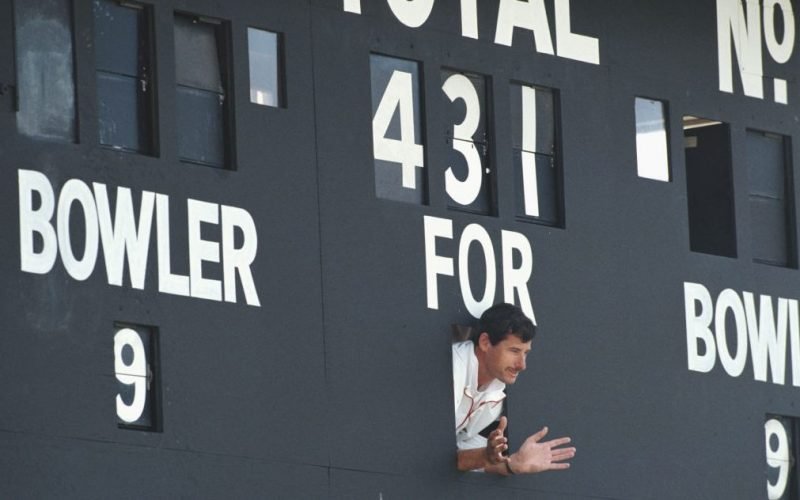 The “car controversy” referenced here alludes to one of the most infamous incidents in New Zealand cricketing and car ownership circles. Hadlee won a sponsor’s car as Player of the Series in an ODI competition in Australia – the third time he’d won a car for being awesome. But this time he disregarded team protocol and kept the car for himself rather than cashing it up and distributing the proceeds to the squad – he belatedly offered each teammate a timeshare holiday in Taupo as a replacement.

That 1986 Alfa Romeo 90 Saloon remains New Zealand’s most famous sports car. (It is still around too – the Beige Brigade founders recently visited it.)

“There were some people who were very, very bitter about the decision.”https://t.co/EM43hAWaiW

Around the same time, Coney was also incensed by a question from a TVNZ journalist about a rumour he would be unavailable to play in the third Test. He subsequently confronted Hadlee and accused him of spreading the rumour. It was later traced back to a team physio and Hadlee demanded an apology for the captain’s insinuation that he was behind the Chinese whispers. Coney refused and Hadlee finished their conversation with a devastating verbal double knee-drop: “It’s just as well this is your last Test, as it’s the last time I’ll have to play under you.”

And so the Test match began, presumably with everyone arriving on time for practice but with a polar wind blowing between the captain and his best player. But cometh the hour cometh the man: John ‘Shake’ Wright, opening-batsman-cum-shuttle-diplomat. In his memorable autobiography Christmas in Rarotonga he writes: “I had to be a sort of go-between because they weren’t speaking to each other. I’d be asking Richard if he wanted to bowl another over and telling Coney that Richard wanted another gully – I felt like Henry Kissinger. It was absurd.”

The best thing was that New Zealand played magnificently and gave the West Indies their mightiest thrashing since 1965. Hadlee was like a combine harvester in the first innings as the men from the Caribbean were rolled for 100 inside 37 overs – Hadlee 6-50, Chatfield 4-30.

And most sweet of all for feud-lovers was that the man with the sticky fingers, Jeremy Vernon Coney, was the catcher in the cordon for three of them. The post-wicket celebrations were funereal: Hadlee sternly walking in to have his shoulder rubbed by the other men in white, Coney turning to scream at the wooden grandstand behind him, and a complete absence of shared joy – or even eye contact – between the two Kiwi greats.

The destruction of the West Indies inside three days to square the series marked the end of the feud too. Hadlee and Coney found themselves in the urinal at Lancaster Park post-match. “It’s been a pleasure playing with you,” Coney said. “All the best for the future.” Then he sent Hadlee a Christmas card two years later.

A post-wee yarn and a snowy card is about as close to kissing and making up as baby boomer New Zealand men ever get.