When a report in February claimed that cricket was under threat from climate change, you’d have been forgiven for checking the date in case of an April Fool.

But the findings by Climate Coalition, the UK’s largest climate change action group, were serious. Cricket would be the sport hardest hit by climate change, it said, as “wetter winters and more intense summer downpours are disrupting the game at every level”.

Seven of the UK’s wettest years on record have occurred since 2000, while in the same period 27 per cent of England’s home ODIs have been weather-affected. The ECB’s national participation manager, Dan Musson, acknowledged the problem, saying: “There is clear evidence that climate change has had a huge impact on the game in the form of general wet weather and extreme weather events.”

“The less cricket we play, the fewer people will watch it, the less they will come to the ground and pay to enter, the less chance there is for young people to be inspired,” he said. 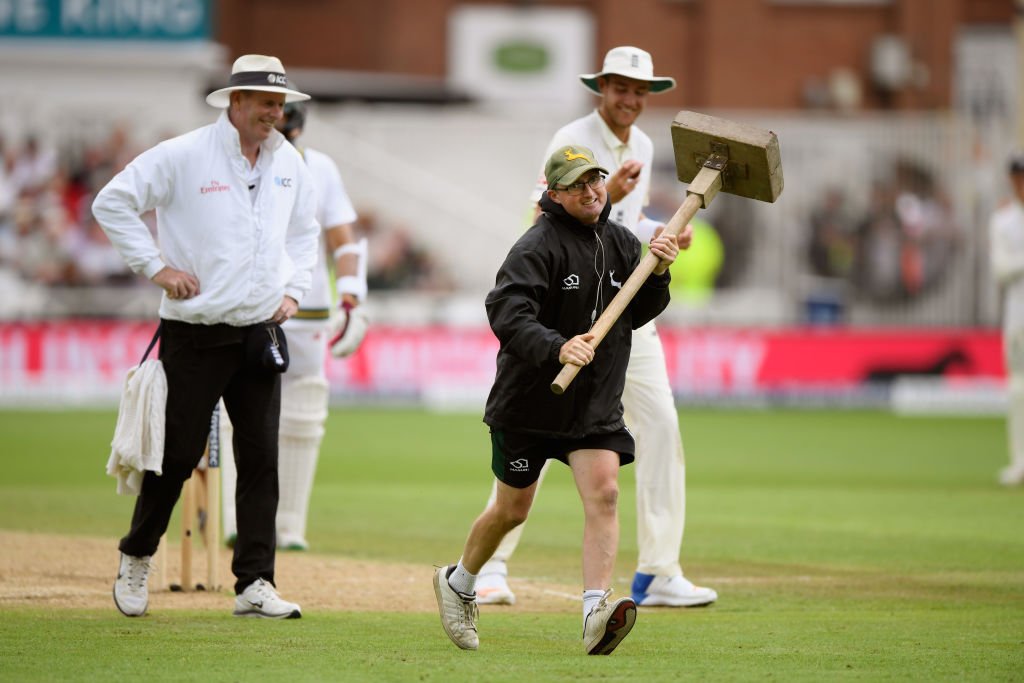 But what do the groundsmen themselves make of the increasing incidence of wet weather? Head groundsman at Nottinghamshire Steve Birks explained the particular issue for cricket in England.

“The rain is getting tropical, it is getting heavier,” he told Betway. “We’re getting thunderstorms more often when it rains – I think that’s when you can tell the difference. But then that’s when the new outfield comes into its own.”

Brisk is fortunate to preside over a new drainaige system, installed with the help of the ECB in 2008, which allows the ground to take up to 25mm of rain per hour. 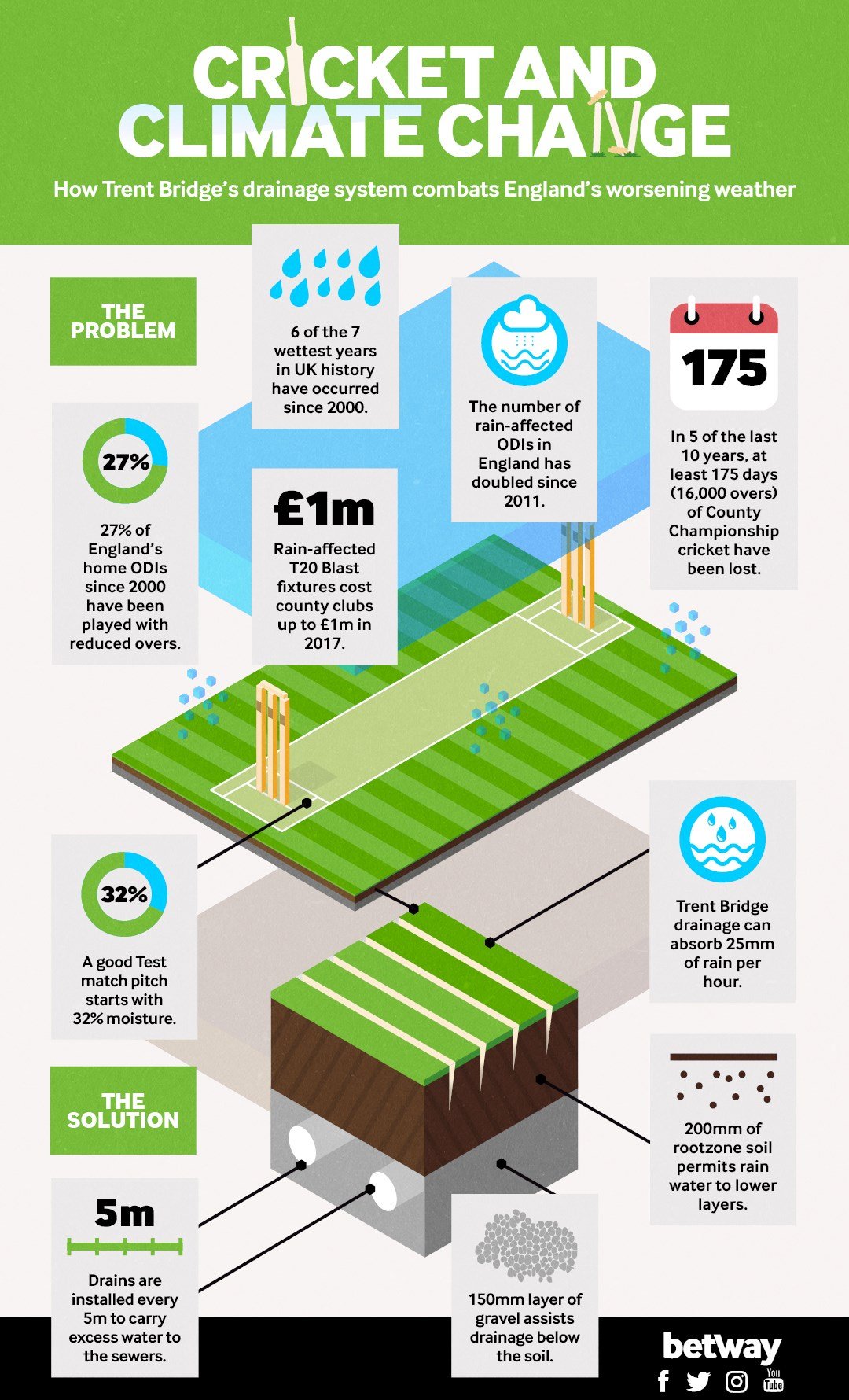 “Beforehand, it was just a clay-based outfield with land drains in,” Birks explained. “Now it’s got a rootzone up to 150mm, drains every five metres, and pop-up sprinklers in between drainage. It really takes it away.”

The dry and lifeless pitch produced at Trent Bridge for its India Test in 2014 brought about an apology from Birks and censure from the ICC, with some suggesting that the new, overly efficient drainage system was to blame.

Birks apologised at the time, but said it had nothing to do with the drainage, which allows the surface to retain as much moisture as is required.

The importance of delivering the right pitch is financial as much as tactical. While washouts can hit counties in the pocket, international venues will quickly fall out of favour if they are unable to produce surfaces conducive to entertaining cricket.

“We lost our first ODI last year because it rained all day,” said Birks. “It’s a massive financial hit, particularly if it’s an ODI.”

Measures designed to combat the effects of climate change are set to increase in years to come, but – for now at least – Birks is confident that Trent Bridge’s infrastructure can withstand the elements.

“Our new drainage system can take most of the storms we’ve had so far,” he said. “Whatever gets thrown at us, it’s our job to deal with it.”

In collaboration with Betway