After the first two editions of the Men’s T20 World Cup gained immense popularity, the focus shifted to the Eves who would compete in their first ever appearance at the flagship event. Hosts England, the hot favourites had ridden on the all-round consistency during their unbeaten run to the semifinal, where they’d be up against Karen Rolton’s Australia at The Oval.

Australia had the psychological edge, having racked up 163-5 batting first. That they had beaten England on both their head-to-head meetings previously would’ve further added to the confidence. Adding to England’s anxiety was their poor start – Sarah Taylor (6) fell to Rene Farrell before an 18-year-old Ellyse Perry accounted for skipper Charlotte Edwards.

It was at this point that Claire Taylor and Beth Morgan got together to put up a game-defining, perhaps the tournament-defining partnership. The latter played her part, scoring a steady 34-ball 46* but it was Taylor who stole the show. The right-hander, who’d finish the competition with 199 runs – one short of Aimee Watkins’ 200 – while being dismissed only once, struck eight fours during her 53-ball 76*, the last of those fittingly being the winning hit.

The unbeaten 122-run stand remains the highest for any wicket while batting second in the tournament’s history.

It wasn’t as simple as the pair made it look eventually though. With England 43-2 at the end of the seventh over, Laura Marsh, who had been England’s best bowler earlier in the day with returns of 4-1-12-1 watched nervously from the dugout. The right-arm off-spinner picks up the tale.

“We had lost early wickets and were gradually being put under more pressure. The run-rate was getting higher and we were all sat on the bench waiting to go into bat getting more and more nervous. But Beth Morgan and Claire Taylor formed an incredible partnership. 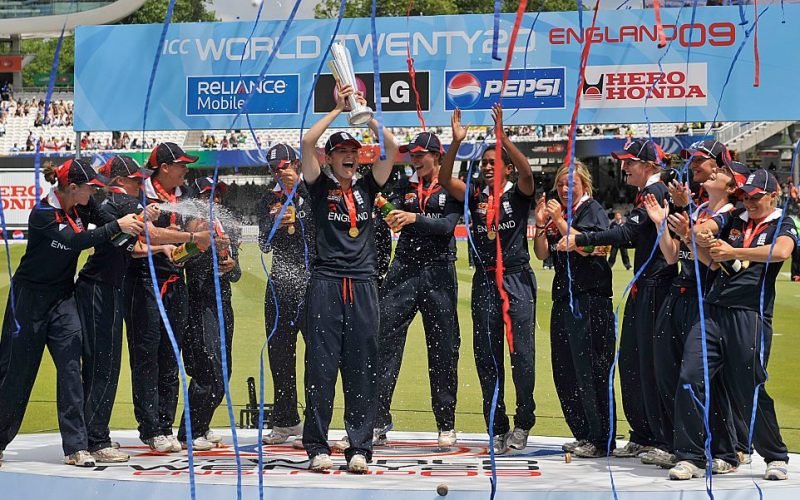 “It was like they weren’t nervous at all. They had it completely under their control and were hitting the ball to all parts of the ground, moving the fielders around as they pleased. It was amazing to watch.

“Any partnership needs a little bit of time to form, and they had to consolidate a bit as we had lost the wickets of Sarah Taylor and Charlotte Edwards, but as they stayed in for a bit longer the belief started to escalate, especially for us on the bench. They also probably started to believe that they could do it a bit more out in the middle. 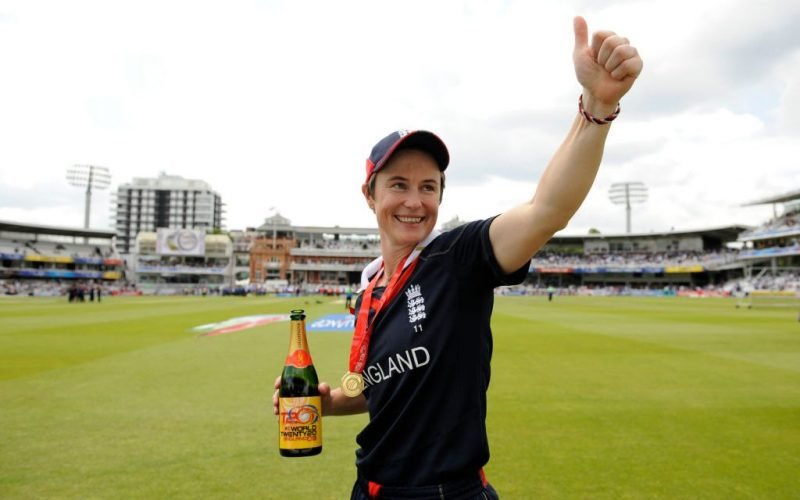 Claire Taylor was named Player of the Tournament

“I remember that Beth tried a ramp, which was quite an unorthodox shot at the time. She also played quite a few great slog-sweeps. Their running between the wickets was also brilliant – they were running twos for fun and really putting the Australians under pressure. That took a toll on them and you could see them start to crumble.

“Claire and Beth are probably the calmest and most determined players that you are going to have at the crease together in that situation. It was a partnership that I will remember for a very long time and one that will help me in the future if I have to go out and bat in a similar situation.

“It was great to see the crowd building as the game went on. By the end there were quite a few people in to watch us win and the fact that we beat Australia made it even more special.”