Bang in the middle of the classic India-Australia clashes at the start of this century was Ricky Ponting, one of the game’s batting greats, and Harbhajan Singh, a fiery off-spinner who wouldn’t stop getting him out. Jo Harman looks back at an intense rivalry.

To watch Ricky Ponting and Harbhajan Singh’s blossoming bromance at the Mumbai Indians, where Ponting now coaches and Harbhajan still turns his arm over, it would be easy to forget the bile-spewing nastiness of the Noughties.

The name-calling, public denouncements and ICC disciplinary hearings from that pernicious period appeared all but forgotten by the time the pair gave each other a cathartic bear-hug while celebrating a wicket as teammates for the IPL outfit in 2013. More recently, during this year’s IPL campaign, Harbhajan was gushing in his praise of his “fantastic coach”.

It’s all a far cry from those testy, tasty rubbers of 2007/08 and 2008/09 when relations between Australia and India became as hostile as any we’ve seen in Test cricket. It wasn’t funny, it wasn’t clever, and it certainly wasn’t pretty. But it was compulsive viewing. And Australia’s street-fighting skipper and India’s supreme wind-up merchant were right at the very heart of it. At one stage Ponting and Harbhajan seemingly couldn’t get through a session without squaring up or mouthing off as a feud that had been simmering for a decade reached boiling point.

It had all started back in 1998 during a day/nighter in Sharjah when a 17-year-old Harbhajan, playing in just his fourth ODI, had Ponting stumped and celebrated by marching down the wicket towards him, shouting in his face and giving him some very specific directions back to the pavilion. It took everyone by surprise, not least Indian stumper Nayan Mongia who rushed in to hold Harbhajan back, but the damage had been done. Ponting responded with a volley of abuse of his own and a shoulder barge before stomping back to the dressing room, vowing that he would one day have revenge upon this spindly stripling.

The problem for Ponting was that it never really worked out that way, at least not from a personal perspective. While Australia and India traded blows in some epic battles – winning four Test series apiece between 1998 and 2012 – it was nearly all one-way traffic in the contest between Ponting and Harbhajan. Whether it was the artistry of his bowling or a mental block against an opponent he couldn’t stand the sight of, Ponting just couldn’t get a grip on his nemesis. 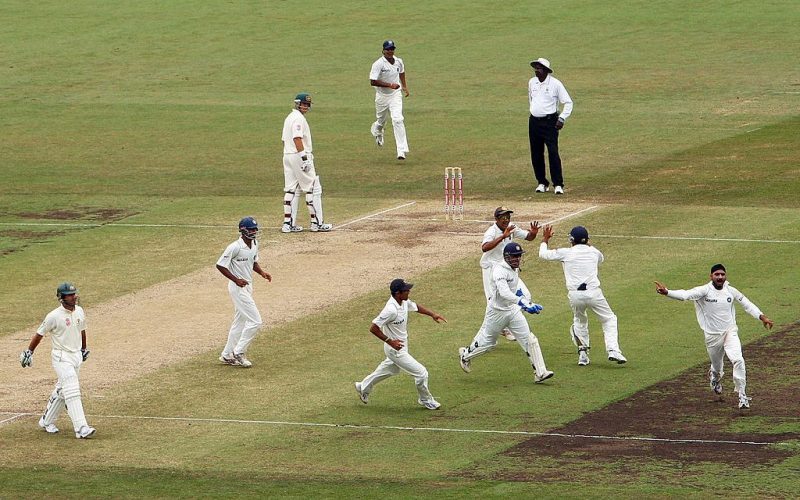 Harbhajan dismissed Ponting on 10 occasions in Tests – more than any other bowler – including three ducks. In the 2001 series alone – a rubber in which Harbhajan inspired a smash-and-grab win, taking 28 wickets in the final two Tests – he saw Ponting off for five scores of under 12. Ponting’s overall Test batting average of 51.85 dropped to 22.30 against the Indian offie and it was no great surprise that when Harbhajan picked up his 300th Test victim, Ponting was that man.

It’s not as though Ponting couldn’t play the spinners. His overall Test average against spin was 55.41, and higher still (57.60) against right-arm spinners. But against an opponent that Ponting wanted to smash into the stands perhaps more than any other, at times he could barely get bat on ball. Harbhajan himself couldn’t shed any light on the reason behind his dominance. “He hasn’t batted long enough against me, so I don’t know,” he quipped.

In India’s 2-1 Test series win against Australia in 2001, @harbhajan_singh claimed 32 wickets. No other Indian took more than three.

Of course, unassuming fellow that he is, Harbhajan didn’t like to make a big deal out of it. “Ponting has a lot to say about our players and about the way we play our cricket,” he said after India’s Test series win in 2008/09, in which he starred with ball and bat. “In fact, it is Ponting who first needs to go and learn to bat against spin bowling. I can get Ponting out any time.” Not done yet, he went on to describe Ponting as “a very average captain and an average player too.”

Much of this vitriol was rooted in the infamous Sydney Test of January 2008, a match that was marred by accusations of bad umpiring and gamesmanship and ended with Harbhajan being given a three-match ban for an alleged racial slur against Andrew Symonds following a complaint by Ponting. Harbhajan angrily refuted making any racist comments and won a successful appeal to have his ban overturned, but the bad blood only intensified and neither party were willing to forgive and forget, with Symonds claiming the BCCI had flexed their muscles to get their man off the hook. 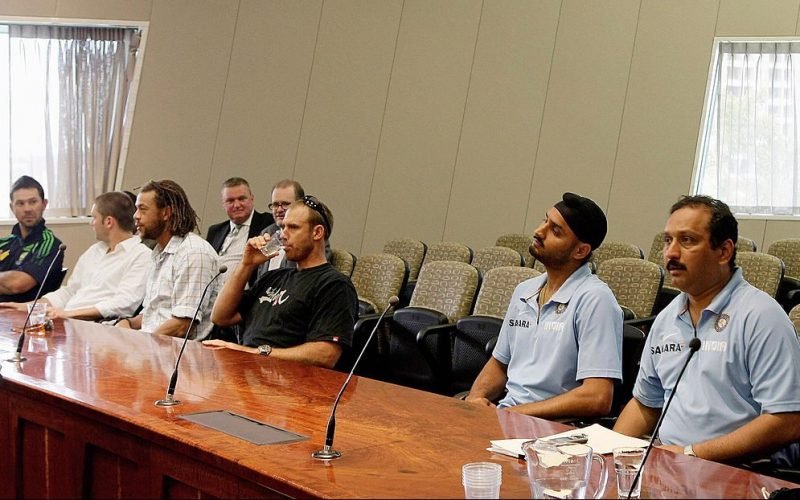 There was, however, a thawing in relations when Harbhajan unexpectedly leapt to the defence of Ponting amid calls for the Aussie to quit Test cricket in 2011. “I do not think Ponting is finished and I think people are making a big mistake by writing him off ,” he said. “Guys like Ponting, Dravid and Tendulkar know what they are doing and people should stop questioning them. They should respect them for what they have done for the game.” Was Harbhajan mellowing in his later years? Perhaps he was just concerned at the thought of his favourite victim walking away from Test cricket. Either way, it signalled the start of warmer relations and paved the way for them to form an unlikely alliance in Mumbai.

It was, though, reassuring to learn ahead of the 2015 World Cup that while the pair have hugged and made up, the rivalry’s still going strong. In the lead-up to the tournament the ICC were highlighting some memorable moments and tweeted a link to Ponting’s stunning knock in the 2003 World Cup final that set up Australia’s victory over India. Harbhajan couldn’t help himself, tweeting back: “punter was lbw out at 40 odd in the icc wc 2003 final but David Shepherd [it was actually Steve Bucknor] gave him not out then he went on to score 140.” He deleted the tweet shortly afterwards, maybe reflecting it’s time to let bygones be bygones, but there’s no hiding the fact that the fire still burns strongly between two of the modern era’s most competitive and unflinching characters.