As part of a series on less-heralded Indian Premier League winners, Aadya Sharma talks to Shadab Jakati, the former Chennai Super Kings spinner who emerged from relative obscurity to claim two winners’ medals in 2010 and 2011.

In December 2019, Shadab Jakati called time on a career that began in the previous century. It was a career that, for the most part, slipped under the radar, given he represented Goa, a team that largely goes unnoticed – as far as the men’s team is concerned – in Indian domestic circuit. And yet, bang in the middle of what would have seemed an ordinary career, there was a spike. It was over in four years, but he emerged a two-time IPL champion and a Champions League winner. A dream T20 trophy haul.

Jakati’s canny left-arm spin was a crucial weapon in MS Dhoni’s arsenal in the early years of the last decade, and he was employed smartly in Chennai Super Kings’ title-winning campaigns of 2010 and 2011. It’s a template CSK followed in those early days of the IPL, making heroes out of little-known players, and Jakati became one of the leaders of the CSK spin brigade. He has taken the most wickets by an Indian spinner for the franchise after Ravichandran Ashwin and Ravindra Jadeja.

He says he owes it all to Dhoni, Chennai’s inspirational captain. “If it weren’t for Dhoni, I would never have played these many IPL games,” Jakati tells Wisden India. “Whenever you saw captain Dhoni behind the stumps, you were motivated to give your best. He gave us freedom to set our own fields and bowl to our strengths. I played under so many captains but felt the most comfort and flexibility under Dhoni.”

In even his finest hour, when he derailed Mumbai Indians’ chase of 169 in the 2010 final, he credits Dhoni’s ability to “know who to bowl when and get the best out of them”.

“I had gone for 21 runs in my first two overs,” Jakati recalls. “With left-hander Abhishek Nayar batting, Dhoni told me I’d now bowl in the middle overs, keeping me for the right-handers – Sachin Tendulkar, Ambati Rayudu and Kieron Pollard. We had done our homework against MI’s right-handers, who were potentially weak against left-arm spinners.”

MI needed 74 off six overs. Jakati, brought back on by Dhoni, almost instantly hit the bullseye, forcing the well-set Tendulkar into a checked shot to long-off, his subtle pace change doing the trick. Three balls later, he dismissed Saurabh Tiwary, and the game was turned on its head. Dhoni’s masterstroke had worked. It was the same game where Dhoni set up Pollard’s dismissal by placing a mid-off as well as a long-off, a move now part of IPL folklore. 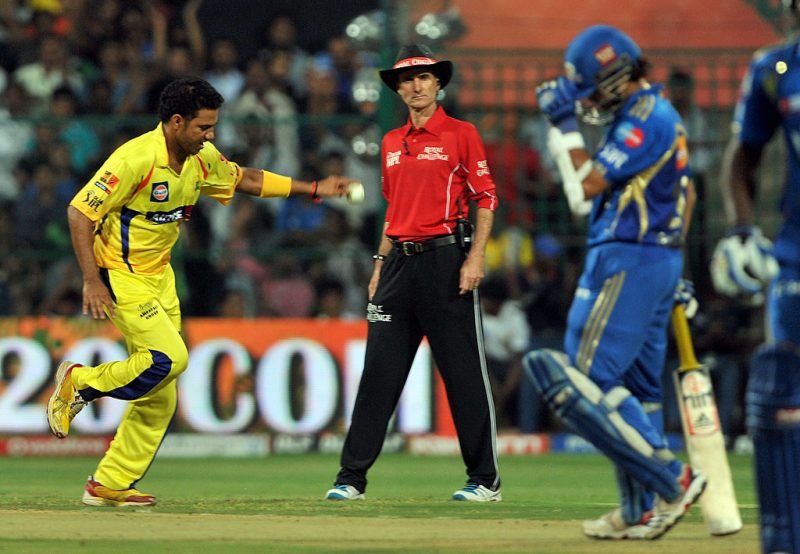 Jakati’s entry into the CSK outfit was a belated one; despite being part of the 2008 squad, he did not play until midway through the 2009 season, when his skiddy spin brought to life the used pitches in South Africa where the IPL was held that year. He’d spent the previous season among the reserves, but concedes it helped him “train hard, and mentally prepare to play”. He recalls how, despite not being regulars, the reserves used to get ample attention from coaches and support staff during net sessions.

Chennai had a stuttered start in 2009, winning only one in four completed games before Jakati was given his chance. The impact was near instant; he claimed back-to-back four-wicket hauls in his second and third game. Delhi Daredevils’ Tillakaratne Dilshan was bowled with a ripper  – a sharp turner that knocked off stump after pitching on middle. Jakati says it’s still his best ball ever. Soon enough, he was a regular.

He was used in three different roles: to prise out early Powerplay wickets, to apply the brakes in the middle overs and, sparingly, at the death. The planning would begin in the nets – “we used to have ‘purpose practice’, where we bowled to our own plans” – and in an insight into the thought processes in the Chennai camp, he reveals that results were never the focus.

“Both Dhoni and [coach Stephen] Fleming don’t speak much,” says Jakati. “But when they do, they’re very particular. They know your game in and out, know what’s the best that can be done. They never worry about results.”

In fact, the calm charisma of Dhoni and the confidence he imbued in the bowlers powered CSK. “He never attended any bowlers’ meeting,” says Jakati. “[That’s] purely because he backs his own instincts and gut feeling at that particular time of the match. He gave us freedom to choose our fields, and if it didn’t work, he’d use his brains. But the first preference was us.” 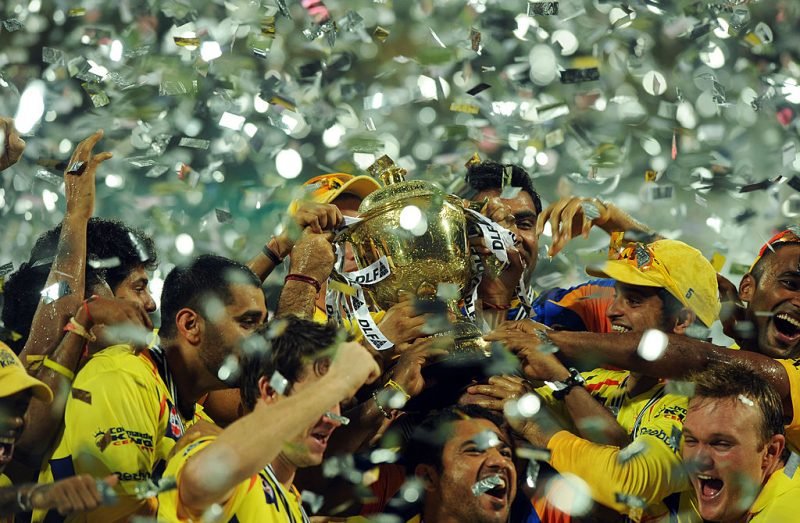 Success on the field was married with efficiency off it, and the well-oiled nature of things at CSK was, according to Jakati, a reflection of Chennai in general. “Everything was so well planned at CSK,” he says. “They’d do their work off the field. It’s a culture embedded in Chennai, one that I saw since my Under-16 days, when professionals from Mumbai and Delhi were invited to play, looked after and paid well. It’s stayed on.”

Between 2009 and 2012, Jakati claimed 45 wickets, maintaining an average economy of 7.57. However, after the 2012 season, his chances slowly diminished, and he was edged out by the potent combination of Ashwin and Jadeja. He later moved to Royal Challengers Bangalore, playing under the starkly different captaincy of Virat Kohli, and where opportunities weren’t as forthcoming.

“Dhoni has always loved spinners,” Jakati says. “Kohli likes fast bowlers more. Unfortunately, the Chinnaswamy Stadium [the home ground of RCB] is the most difficult for the bowlers. I didn’t get much of a chance that year, and we didn’t have a good season as a team.” 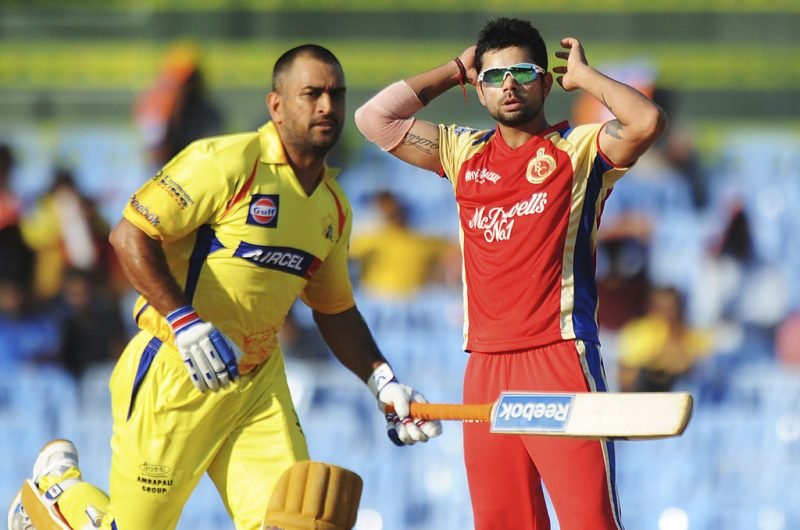 Shadab Jakati played the bulk of his IPL career under Dhoni at Chennai Super Kings, but also got a taste of Kohli’s captaincy

Jakati would move on without making much of an impact and had one final IPL stint with Gujarat Lions. However, he didn’t make much of a mark, claiming two wickets in eight games across two seasons. He did fare better in first-class cricket, representing Goa though to the 2017/18 season.

His time at CSK, however, would remain the career highlight. “I made great friends,” he says. “[I’m] still in touch with [Mike] Hussey, Fleming, [Scott] Styris, [Suresh] Raina, [Albie] Morkel and [Doug] Bollinger. We used to sing a team song at Super Kings after every win. Each and every one, from players to the support staff, used to gather around each other to sing it. That’s still a very special memory for me.”

He is now a coach, but he still believes he could have been more had his state association provided him the support he needed, much like CSK did. “In 2010/11, I was at my peak,” he says. “I could have represented India. Yet, I am very proud of what I have achieved.”