I’d just finished the first year of that beguiling passage known as college life when April 2, 2011, happened. Which meant I was still a star-struck schmuck, who thought watching cricket was the most fulfilling part of being alive, and scorned wilfully at anyone who mentioned “career”, “future”, and (especially) “exams”. In other words, I was an 18-year-old.

A little background for you all: I was born in Chennai, that most celebrated and undying city of cricket tragics. I grew up in the capital city of Karnataka, which was, and continues to be, a hotbed of talent. And my father hails from Mumbai, India’s supreme cricketing cradle, the city that has produced 41-time Ranji Trophy champions.

So anyway, April 2. Summer break has just begun, which means my only job is to find a place with cable television and uninterrupted power supply. A friend has suggested going to another friend’s place and watching it together. But that doesn’t materialise for some reason. So I choose to stay at home. I’m by myself as mum’s out of town and dad’s at work because ain’t nothing more fun in life than end-of-month financial reporting on a Saturday afternoon with a World Cup final about to take place.

I’m perched in front of the television at noon. Two excruciatingly long hours later, Sri Lanka win the toss, and my naive 18-year-old brain is hoodwinked into believing that they’ve gained a Psychological Advantage™. 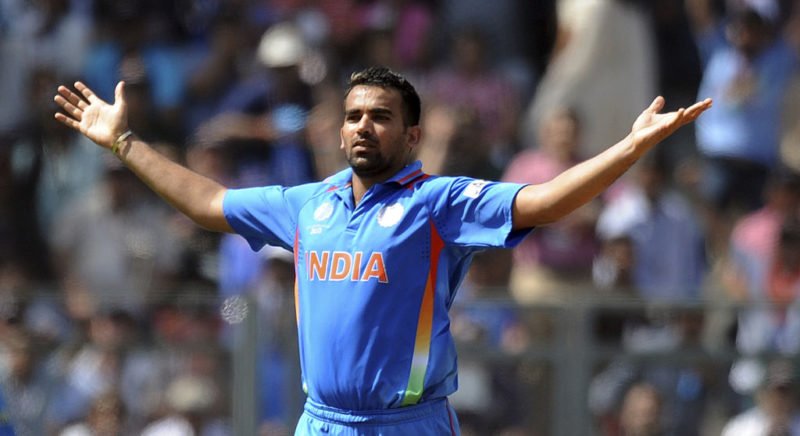 Zaheer Khan quickly disproves that theory and exercises the ghosts of 2003 by getting into Sri Lanka’s head himself with a brilliant opening spell. India look like they have the innings under control thereafter, until an unmistakably brilliant century from Mahela Jayawardene gives Sri Lanka 274 runs to defend.

All along, I’ve been making phone calls to my father and giving updates. “274 is a competitive score,” he says. I agree. 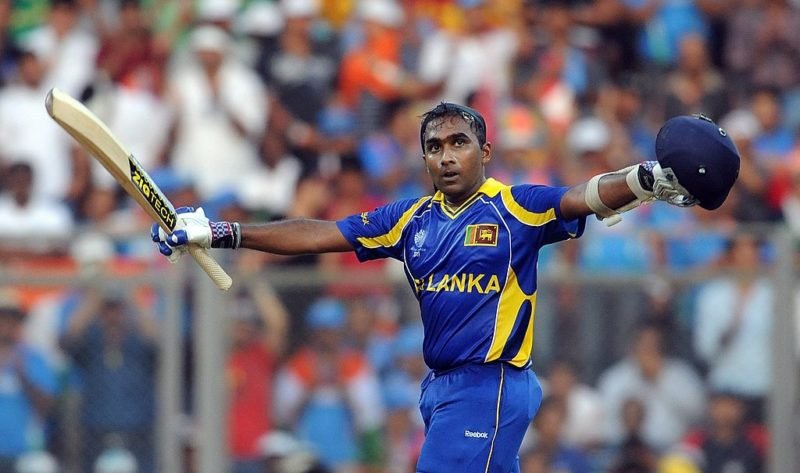 Then, India come out to bat. Virender Sehwag is on strike. He’s made a tournament out of smashing the first ball of the innings for four. Here, he plays out a dot after punching into the covers, and already the signs are ominous. Before that unhelpfully negative thought can even finish making its way into my equally unhelpfully receptive mind, Lasith Malinga skids one past Sehwag’s inside edge to trap him lbw. Sehwag goes for a two-ball duck. I call my dad to tell him what has happened. He asks me not to call him again. So now I’ve got to deal with my thoughts myself. Just what I need.

Nineteen minutes later, Tendulkar is gone. The Wankhede is stunned into silence. A defining silence I’d never heard before or since. I get a sick feeling in the stomach. Thoughts veer over to Malinga’s spell against South Africa in the 2007 World Cup. I cringe.

Somehow, India see off Malinga’s opening spell without further loss. Once he goes out of the attack, the nerves begin to settle down. Then, slowly, as Gautam Gambhir and Virat Kohli steady India, this begins to feel more and more like a normal cricket match. 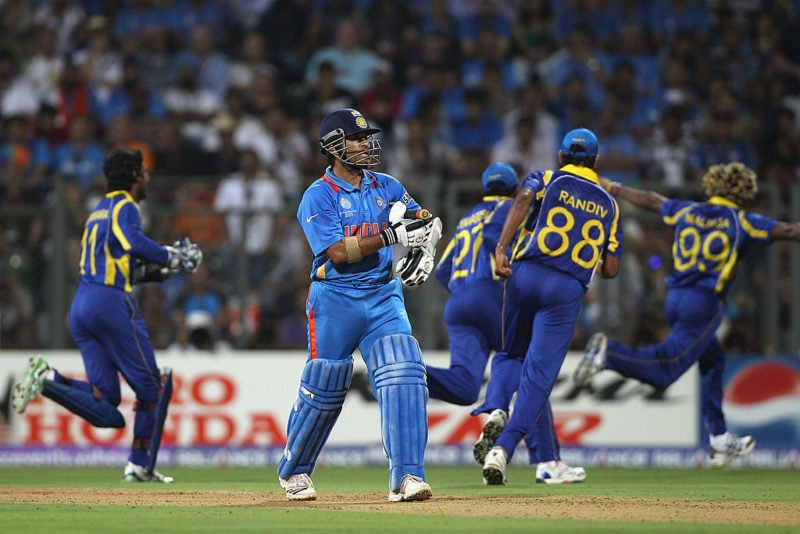 Once Dhoni arrives, the sense of normalcy heightens. For the rest of the chase, an Indian win is a foregone conclusion in my mind. Because, you know, crazy things never happen in cricket.

My father has meanwhile returned home. He is a firm believer in the “anything can happen in cricket” adage, especially when it comes to India losing from winning positions. So you can imagine the jitters after Gambhir gets out to a “stupid shot”. But me? I ain’t feeling a thing. I don’t know why, but something about Dhoni’s presence that day gives me a sense of calm, a feeling of assurance that everything’s going to be okay. 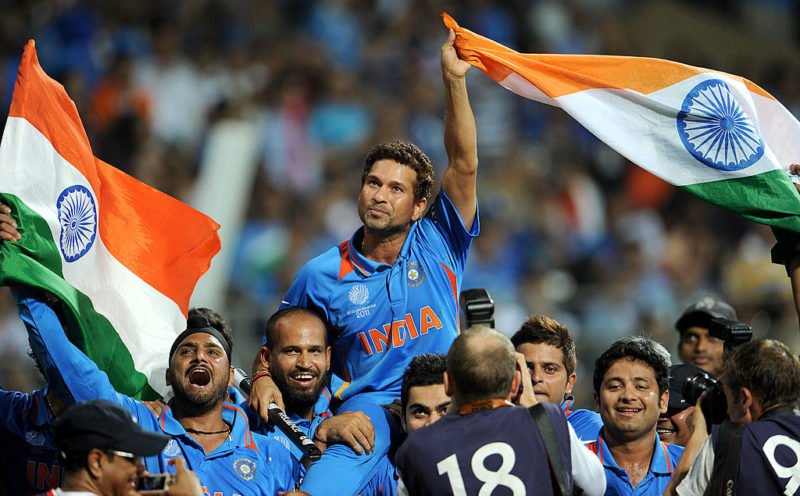 “Tendulkar, its favourite son, takes a lap of honour, on the shoulders of a future icon”

Two hours and eight minutes later, that belief is validated with perhaps the most iconic straight six in World Cup history. What follows is an extraordinary display of the emotional diversity that governs sport. Dhoni remains cool as ever, a vibrant smile lighting up his face. Yuvraj openly weeps. Deafening roars fill up the Mumbai air. And Tendulkar, its favourite son, takes a lap of honour, on the shoulders of a future icon.

Mumbai didn’t sleep that night. India had ascended to the summit after 28 years. A national hero had earned his due.

A few short months later, Indian cricket would still be enduring sleepless nights; India lost 4-0 in their Test series away to England. At the end of the year, they toured Australia and suffered the same fate.

It was the final treasure, a fitting farewell for a bunch of India’s finest cricketers

Not one member of that World Cup-winning team was the same thereafter. Tendulkar endured a painstaking wait for his 100th international hundred. Gambhir and Sehwag went from being India’s most formidable opening pair in Test cricket to afterthoughts in mere months. Harbhajan Singh and Zaheer Khan lost their bite and incision. And Yuvraj Singh’s life took a cruel turn well beyond the cricket field.

Nine months after the World Cup, two more legends from that era – Rahul Dravid and VVS Laxman – who weren’t part of the tournament, had played their last Test matches. At the end of that year, Tendulkar called time on his one-day career; a year later, he was gone from all international cricket.

The rest have either followed suit or made transient comebacks at best. Dhoni is the lone exception, and even his career appears to be on its last legs. The events that transpired in the aftermath make the 2011 World Cup win even more special in hindsight. It was the final treasure, a fitting farewell for a bunch of India’s finest cricketers. Having grown up watching that generation, it gave me, and thousands of others, a final glimpse of many great childhood heroes at their peak. Indian cricket for me hasn’t been the same since. I’m not sure if it ever will be.