Ollie Pope’s inclusion for the second Test against India at Lord’s is another symbol of a profoundly new era for English selection under Ed Smith, in what is now a mouthwatering series, says Phil Walker.

Assuming he gets the nod on Thursday morning, Ollie Pope will become England’s 687th Test cricketer. And to look at the last few, they’re getting younger. If Pope does debut at Lord’s – very possibly slipping in at No.4, where he’s never batted before in first-class cricket – then four of England’s youngest 20 Test cricketers will have made their debuts since January this year.

Pope looks set to join Mason Crane, Dom Bess and Sam Curran among 2018’s freckly intake, with Crane, who turned 21 in February, the old man of the party. (It’s churlish, perhaps, to note that all four went to fee-paying schools, but it’s hard not to notice.) Crane, you’ll vaguely recall, was lowered into Sydney’s kiln in January and bowled better than his brutish figures suggested; the others are Ed Smith’s babes.

Smith has had quite a few months. He sashayed into the top job on the back of a dazzling interview, a brain the size of Kent and a reputation for finding sexiness in stats. Less remarked upon, as he settled into the role, was this trait which we’ve since seen in abundance: a spiritedly romantic streak that evidently allows for dreamy hunches and daring gambles, crucially underpinned by just enough logic for them to hang together. 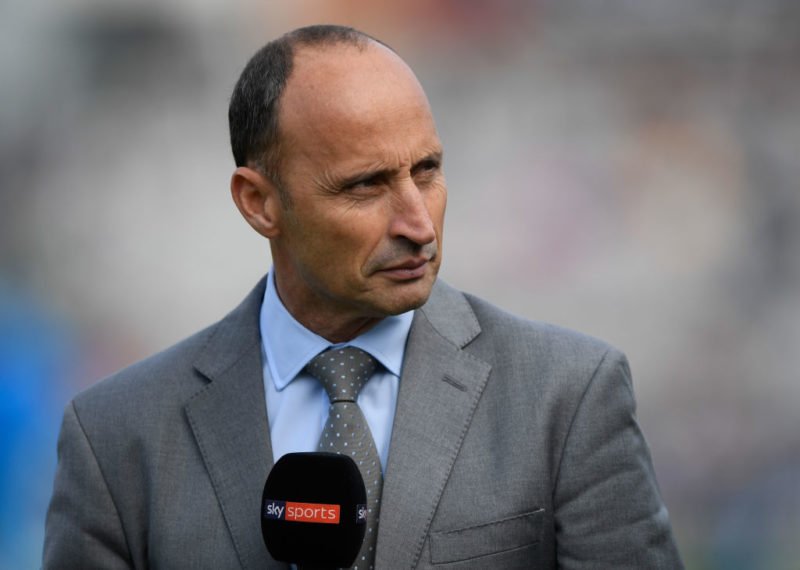 To a lesser or greater degree, every selection is a hunch. History suggests that they have to be. Plenty of run-laden machines have conked out on the big stage, just as more than a few cricketers have built very good careers from inauspicious starts. There’s no such thing as a dead cert.

But two things have marked Smith’s tenure so far. One is the palpable relief that spreads through a round-table interview or press conference when the speaker is prepared to elaborate fully on their thinking, even giving the impression of being part of the discourse rather than its overlord. And the other thing, as Nasser Hussain tells Wisden.com, is this refusal to be cowed from making bold decisions.

These facets congealed over the weekend in a quietly extraordinary line from Smith to explain why, after 15 Tests, Dawid Malan was being replaced by Pope. “Dawid has not found his best rhythm this season,” he began, solidly enough, “and it may be that his game is better suited to overseas conditions”. 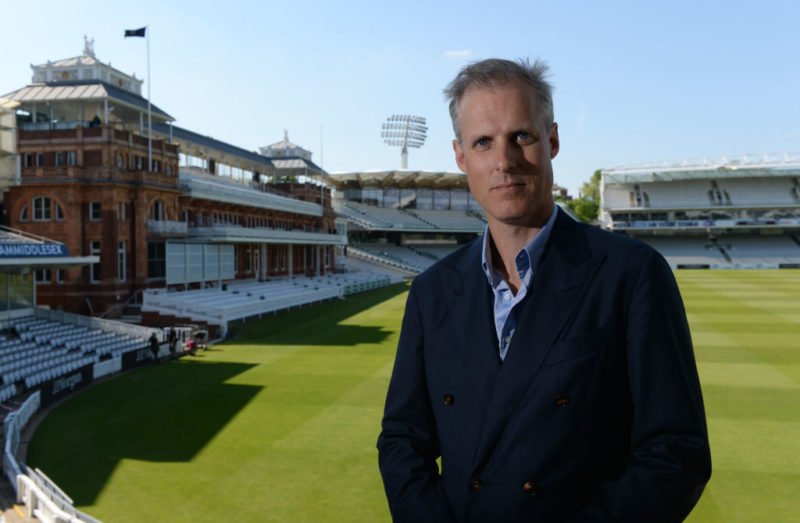 Smith has made a number of bold selections since taking charge

Fair comment, sure; but such things are not traditionally said by selectors of the England cricket team. Faced with a vast bank of clichés to select from – “We hope to see him back in an England shirt before too blah”; “It’s up to him to go back to Middlesex and score some blah blah blah” – Smith chose to call it as he sees it.

It’s little wonder that Hussain believes Smith has turned selection on its head. “The old cliché that we’d rather a player played one game too many than one game too few has gone out the window,” he said. “If he and his fellow selectors have a feeling that someone is done and dusted he will make the change.

“If he has a gut feel about Jos Buttler or Adil Rashid or whoever, he doesn’t care about the criticism he gets, or will get… I don’t like selectors who read the papers and think, if I do that it’s a safe bet. I admire the way he goes about things. I think he’s been an excellent national selector so far.”

Pope’s case is powerful. His selection is only extraordinary in the context of what’s gone before. It may be less than 12 months since he made his Championship debut, but the old ways of doing things no longer apply. He’s impressed for the England under 19s, working with Mark Ramprakash (with whom he shares certain technical qualities), and in Australia, during an ECB-funded overseas placement for Campbelltown. He returned from the North-South sojourn in early spring carrying glowing reports. In the first week of the season, he took Hampshire for 145. In the fourth week, Yorkshire had to give up 158*. His selection, on the back of a season of unstoppable runmaking, averaging 85 in the Championship, is entirely consistent with the new reality in English cricket.

“And old fogeys like me shouldn’t fight against that,” Hussain adds. “I believe the game has changed and you can select off white-ball cricket. I believe that you can select youngsters who haven’t played much. We’ve gone the other way – we’ve had people who have churned out runs for years, but that’s no guarantee, so why not select on gut feel?”

Pope comes into a suddenly buoyant team. How much lasting impact Edgbaston 2.0 will have on the consciousness of the British cricketing public remains to be seen; and let’s be frank, there’s a gnawing sense that subsequent events at Bristol Crown Court will seep just as deep, if not deeper, than any impressions from four days of timeless Test cricket. Still, for the already-converted, this series now has the potential to go stratospheric.

It has all the components. A great first Test which could have gone either way has teased out the subplots lurking in every great epic. You’ll find them in the match-up between the great spinner, Ashwin, and the wiry pretender Rashid, whose route back into Test cricket evidently required a haunting chorus of its own; in the emergence of the kids, carrying with them all that endless promise; and in the astounding physical anomaly that is Jimmy Anderson, and the modern-day deity he’s obsessed with defeating. 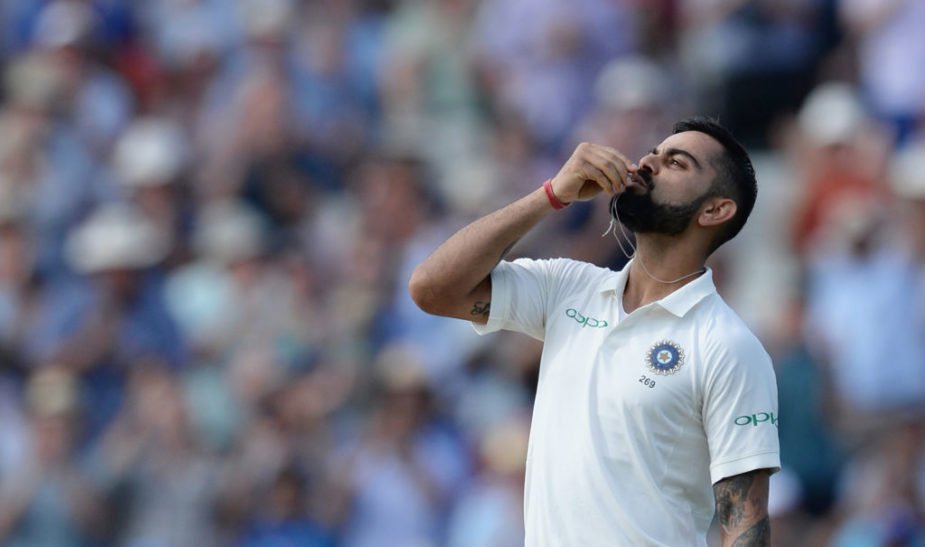 Kohli understands the significance of the series

Kohli gets it. He knows this is world cricket’s glamour tie, and one sharpened by recent power shifts. Economically, of course, there’s now only one eminence; the rest are subservient, to a greater and lesser extent, to India’s fancies. But in the sporting psyche of a people and its representatives, the old orders die hard. India may be the epicentre of the here and now, but England – the ‘games master’ of the world – is where it all began.

So it’s there, this subtext, in every meeting, every summit, and every ball bowled. It’s there in the technicolour stands, heaving to the rhythms of second- and third-generation battle-cries. It’s there in the quintessential bearings of its respective captains. It’s there in these two innately conservative cricketing cultures ardently breaking out into the new world.

There are on the face of it two graver adversaries for each country. But realpolitik precludes any bilateral interplay between the Asian superpowers, while there exists in Ashes contests an uncomfortable sense of patterns having set, of deeds done, the drama displaced by a kind of weary irritation from all that over-familiarity. And so India and England, master and commander, has become world cricket’s most gripping match-up. To Lord’s, then, and more of the same.

Nasser Hussain was talking at the launch of StarPick, the new fantasy cricket game for UK cricket fans