What would Descartes have made of the Decision Review System? Jonathan Liew investigates.

The ball from Moeen Ali spins sharply and thuds against the roll of Virat Kohli’s pad. Kumar Dharmasena shakes his head. Joe Root unhesitatingly calls for a review. It’s day four of the fourth Test at the Ageas Bowl, and we’re about to embark on a journey through the laws of physics, the nature of knowledge and justice, Descartes, John Stuart Mill and cricket’s complex and shifting relationship with doubt. And to think you only came here for the bat adverts.

Let’s start right at the start. What is a decision? It is, in essence, an attempt to administer justice through the codified Laws of Cricket, via careful examination of the available evidence, usually delivered by the finger of a middle-aged man. In practice, of course, it’s much less simple than that, especially when you consider lbw: cricket’s grand flirtation with theology, alternate reality and the human psyche.

Adjudging an lbw decision requires umpires to suppose an entirely hypothetical – and if you think about it, a largely nonsensical – series of events. Quite apart from the fact that anything can conceivably happen to a cricket ball in the few feet before it reaches the stumps – late swing, a sudden gust of wind, the intervention of an external force – the idea that a ball ‘would have’ gone anywhere requires a certain leap of faith. Hawk-Eye predicts that the ball was going on to hit Kohli’s stumps. But of course, that’s all it is: a projection of a reality that will never, and can never happen. 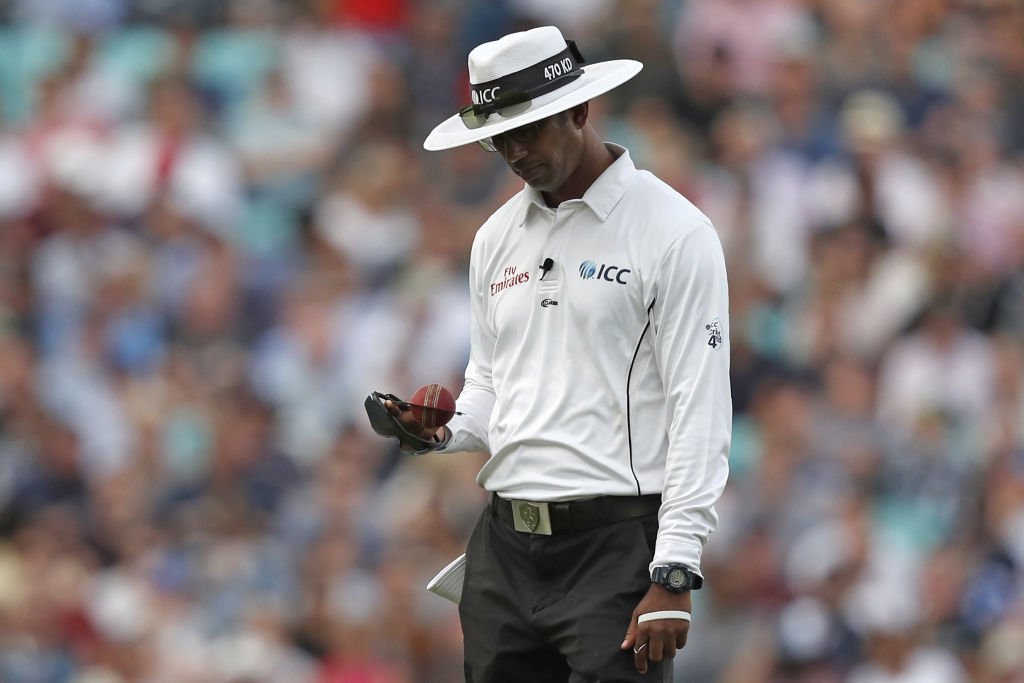 At which point, Descartes would have a problem. He wrote that all beliefs based on sensation must be called into question, and would be sceptical of the idea that anybody could ascertain beyond doubt how a foreign object would behave in an entirely theoretical reality. How can you know a cricket ball is hitting middle-and-leg if you can’t even be sure a cricket ball exists? Descartes would probably assert that you could never really give a batsman out, and certainly not if it hit him outside the line.

But Descartes makes exceptions. Things like 2 + 2 = 4 do not rely on the human senses, but can be determined by reasoning. This is where the introduction of technology has utterly transformed cricket’s relationship with certainty, replacing the transparency of human error with the chimera of empirical judgment. As the ball passes Kohli’s bat, there’s a tiny sliver of noise on Snicko. Third umpire Joel Wilson concludes that Kohli has hit it. Not out is the decision.

Descartes would probably assert that you could never really give a batsman out, and certainly not if it hit him outside the line

Nevertheless, England are incensed. They observe that at exactly the same time that the ball is passing Kohli’s bat, his bat is also brushing against his pad. There’s no evident deviation in the ball’s trajectory or rotation. And experience tells them the scruffy noise is more consistent with bat on pad than bat on ball.

On this basis, John Stuart Mill would probably have given Kohli out. In On Liberty, he admits that “there is no such thing as absolute certainty, but there is assurance sufficient for the purposes of human life”. He’s describing the right of governments to levy taxation on their citizens here, not the lbw law, but the point holds. Here, then, lies the essential paradox of technology: that it offers the illusion of omniscience while in actuality only introducing a different sort of doubt. 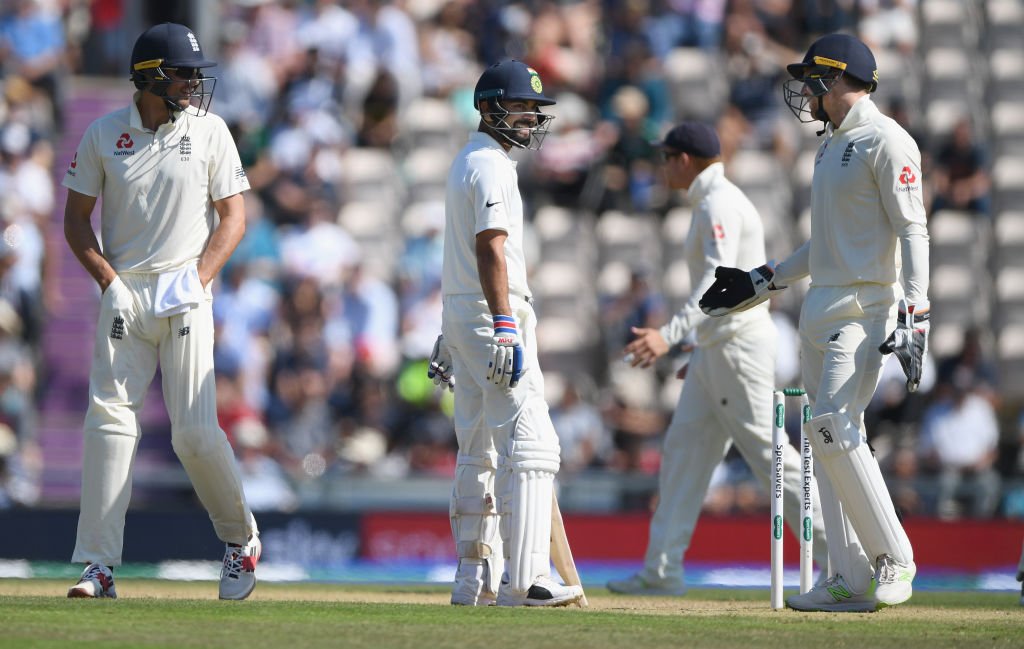 What happened? What would have happened? It’s a philosophical conundrum

“Umpiring and refereeing are about justice, not accuracy,” writes the sociologist Professor Harry Collins in a 2012 paper for the Journal of the Philosophy of Sport. “Transparent injustice must be avoided, and falsely transparent justice must be shunned. Some decision aids can be less accurate than they appear, leading to a false transparency that should be avoided.”

Karl Popper would instinctively agree with this. As an anti-justificationist, he would be wary of striving for absolute certainty, and suspicious of any ‘scientific’ advance that promised it. Popper would be a big fan of ‘Umpire’s Call’, which grants the inherent doubt in the process. Popper would conclude that Kohli was probably out, but that there was insufficient evidence to overturn the original decision.

So perhaps the real moral here is that doubt is intrinsic to cricket, however many fancy gizmos you stack up. Perhaps even the notion that there is such a thing as a ‘correct’ and ‘incorrect’ decision needs to be questioned. Perhaps, instead, there is not one truth but many, and that to reach that realisation is not to give up on the search for truth, but simply to admit the immutable subjectivity of our existence.

Plus, Kohli was definitely out.

This article originally appeared in the October 2018 issue of Wisden Cricket Monthly. Click here to subscribe to the magazine