One of New Zealand’s finest cricketers ever, Chris Cairns, playing in his final Test series launched an all-out attack against England at Lord’s, during which he went past the great Vivian Richards to become the man with most sixes in the format at the time.

The first Test of New Zealand’s 2004 tour of England was in need of a shot in the arm after an opening day dominated by the bat of Kiwi opener Mark Richardson, whose innings of 93 from 266 balls was, by his own admission, “dour, pokey and proddy”.

Chris Cairns was just the man to provide it. He may have been a fading force with the ball by this stage in his career but his willow-wielding remained as ferocious as ever and, having walked to the wicket at 287-6, the Black Caps’ freewheeling all-rounder tore apart the same five-man attack that would vanquish the Aussies the following summer, with Harmison, Hoggard and Jones all coming in for brutal treatment.

Cairns brought up a quick-fire half-century from 37 balls but it was only after reaching the milestone that he really let loose, depositing Jones into the Mound Stand before carving Harmison over point for another maximum to take him to 84 Test sixes – drawing level with Viv Richards at the top of Test cricket’s six-hitting list.

An over later and Cairns was on his own at the top of the tree as he blasted Flintoff for consecutive sixes, with the towering shot that took him past Viv staying airborne for what seemed like an eternity before sailing over the square leg boundary. To put Cairns’ achievement in context, he had surpassed the record in 60 Tests, while the great Antiguan had taken 121 matches to amass his total.

The very next ball and the fun was over as Harmison pouched a fine running catch on the fine leg boundary, but Cairns’ innings of 82 from just 47 deliveries had injected a bolt of energy into a match that would produce a grandstand finish on day five, with Nasser calling time on his career in style by scoring an unbeaten ton to see England home. 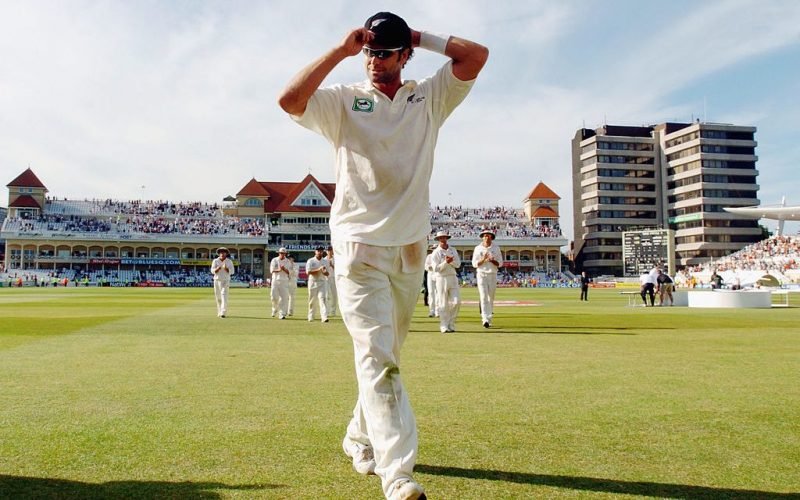 A spate of injuries would force Cairns to end his own Test career at the end of the series but the hour of unadulterated mayhem at Lord’s that took him past King Viv left an indelible print on the memory of all who witnessed it.