Some things work, and other things don’t, states Phil Walker as he pens down the best and worst fashion statements on a cricket field in issue 9 of Wisden Cricket Monthly.

Haughty, spiky and fabulously superior, Phillipe-Henri Edmonds was a singular cricketer with a gift for bowling left-arm tweak that excused many a confrontation with the bosses. His trademark, one of many in fact, along with the ubiquitous broadsheet under his arm and a tendency to bowl the odd bouncer when riled, was an elegant, pristine-white timepiece on his bowling arm. The impression that he had more pressing business to attend to elsewhere was never far from captains’ eyes, and wearing a watch was Phillipe’s way of suggesting precisely that. Later adopted by Richie Richardson when he batted, but for more primal reasons. The message there: I’d wear a monocle and top hat and it’d make no odds. I’m here to hit you.

Jardine’s Harlequins cap, issued to those who achieve notable sporting feats at Oxford, may have entered into Ashes infamy as one of the more grandiose symbols of English arrogance and pomposity but in fact it was worn mainly for superstitious reasons. Any irate Australians moved to scream “Where’s the butler to carry your bat for ya?” was merely a useful bi-product. 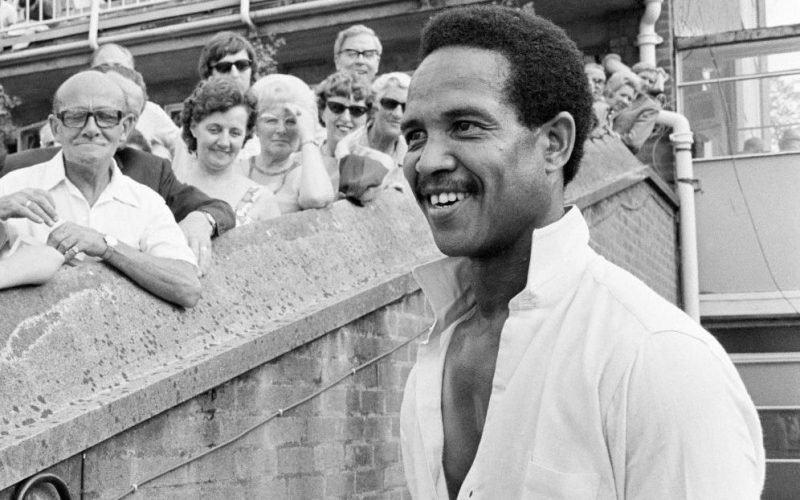 Garry Sobers – in his element at Edgbaston, circa July 1971

As the Fifties tiptoed towards the Sixties – a decade in which cricket, certainly of the English variety, sheltered in the pavilion playing tiddlywinks while the world got high behind it – the game could barely have seemed more buttoned-up. Keith Miller had retired, and with him, much of the post-war swash and buckle. The exotic would come from the Caribbean, in the form of a young cat called Garfield. “Collar up, shirt unbuttoned way down the front, and unmistakable walk,” wrote Mike Selvey of Sobers, the man who did for cricket what Elvis did for the blues.

Much as Geoffrey Boycott picked himself when selecting his all-time England XI, so we couldn’t exclude our guest editor’s socks from such an exulted list. The year was 1990. Tensions were high. Gooch was in charge, Gower back in the ranks. In the new dystopia of all-day nets, shuttle runs and team talks, our hero did the only natural and sane thing: he began batting in blue socks. For which, in the words of the writer Francis Wheen, Gower was “further chided” by the “Stakhanovite sergeant majors” Gooch and Mickey Stewart, “for a fundamental lack of seriousness”. A fundamental lack of seriousness: thank heavens for that.

We get that he’s inspired by Viv and all that, but Beefy’s Rasta sweatbands strike a discordant note, coming as a package with a mullet that would embarrass the front row at a Whitesnake gig and an off-duty blazer made from Laura Ashley curtains.

The only time and place a coloured bat has any place in society is during those very occasional afternoons when state school kids are encouraged to get to grips with this thing called ‘cricket’. Some may argue that the Big Bash and all those other capers are nothing more than schoolboy knockabouts. Try telling Andre Russell’s bank manager that.

And have a look at that bat!! #BBL06 pic.twitter.com/iFvYysrfsD

It’s just so agonisingly effortful. Why bother going to all that trouble, getting your pumps professionally spiked? Because Twenty20 “is all about fun”? Really? It just looks like he’s forgotten his boots. Surely if CK – a chap who designed his own cricket bat stickers – had ever played much club cricket, where kit disasters pockmark the outfields of middle England, where black school shoes are as common as run outs and unpaid subs, he would never have gone down this regrettable route. 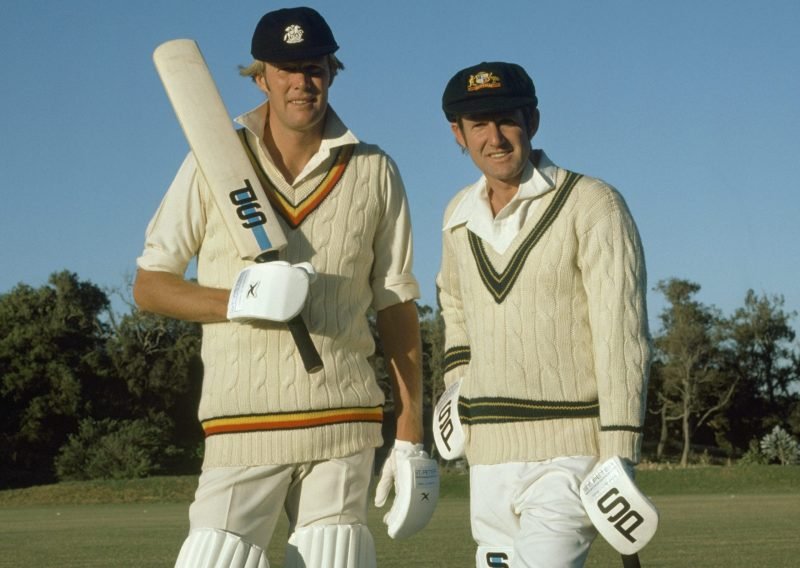 Our love for Messrs Close and Greig knows no bounds but those outsized oven gloves they both insisted on wearing in the Seventies were as vulgar and excessive as anything that hirsute, overly percussive decade threw up. Greigy, the walking provocateur, we can just about understand. But Brian Close? It’s a wonder he even wore gloves at all, let alone a pair of hospital pillows on each gnarled fist.

First published in issue 9 of the Wisden Cricket Monthly