Nobody does an end-of-season clear-out quite like the Pakistan Cricket Board. After a miserable tour of Australia in 2009/10, the experienced duo of Mohammad Yousuf and Younis Khan came in for severe criticism: “Their attitude has a trickle-down effect, which is a bad influence for the whole team,” read a PCB statement. The pair were cast out indefinitely, while two other members of the touring party, Shoaib Malik and Rana Naved-ul-Hasan, received year-long bans. Yet, such is the fickle environment of Pakistani cricket – where retirements are announced and reversed in the blink of an eye – in a few months it had all blown over. Younis played on until 2017, notching more than 10,000 Test runs and passing Javed Miandad as his country’s most prolific run-scorer in the longest format.

“I don’t appreciate the way he continues to talk about me and the things he keeps doing. I don’t know – maybe it’s because my face is real and his face is not.” Oh, Marlon, you’ve just won the World T20 for the second time, been named Player of the Match in the final once again, but you can’t help having a pop at your old nemesis, Shane Warne. But then again, Samuels has always courted controversy, the nadir being a two-year ban in 2008 after being accused of passing team information to a bookmaker. Nonetheless, he made sure it wasn’t the death knell to his career, delivering West Indies global T20 success in 2012 and 2016, while also being named a Wisden Cricketer of the Year in 2013.

It’s not just players, whole teams can come undone when they get involved in the murky world of betting. In 2015, Chennai Super Kings, a dominant force in the IPL, were laid low by a two-year ban after being found guilty in an illegal betting and match-fixing investigation. Fans wept, fashionistas rejoiced – the lurid all-yellow number should have led to immediate suspension upon their formation in 2008. Nonetheless, MS Dhoni and Stephen Fleming’s band returned to top the charts once again, winning the tournament in their first year back in 2018. They almost made it two titles on the bounce this year, losing by one run to Mumbai Indians in the final.

“This is my room, we sit here, you are more than welcome. You can come anytime.”https://t.co/HYJO7K6MtZ

He had the fizzing off-break, the ace-in-the-hole doosra and his mystery back-spinner called the teesra; Ajmal was a force of nature in the early 2010s and Misbah-ul-Haq’s most potent weapon in Pakistan’s rebuilding process after the spot-fixing scandal. But his action constantly invited speculation and was subsequently deemed illegal in 2014. He returned the following year for a couple of ODIs and one T20I against Bangladesh, but a remodelled action lacked the same zip. Batsmen were no longer dumbfounded as to which way the ball would turn and Ajmal’s international career was over.

In December 2018, Hales and Ben Stokes were handed backdated bans for their role in the events that unfolded outside a Bristol nightclub a year earlier. Having already paid their dues, it was time for the pair to move on, but one has found that easier to do than the other. While Stokes’ summer has already become the stuff of legend, Hales was omitted from England’s World Cup squad after serving a ban for recreational drug use and watched from afar as Eoin Morgan lifted the trophy at Lord’s. 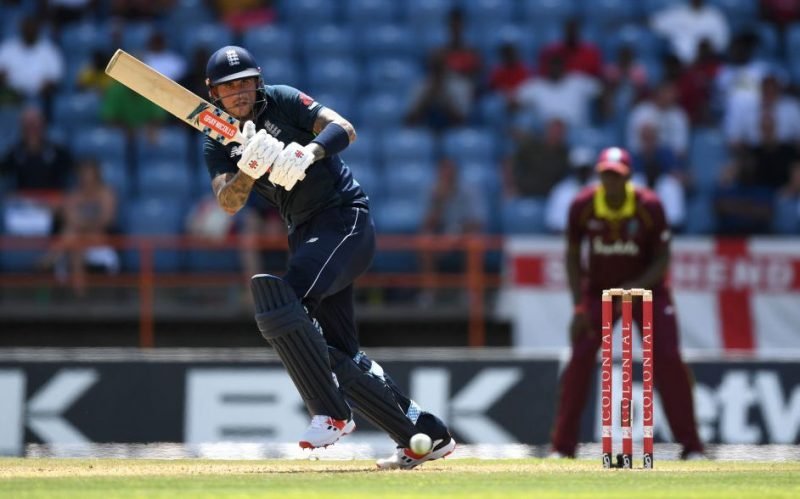 A seam position to die for, the wristwork behind the ball something to marvel at – Asif’s talent was never in doubt. Kevin Pietersen even went so far as to describe the Pakistani as the best he ever faced. But with the good comes the bad, and then the downright ugly. In 2006, Asif tested positive for nandrolone, although his year-long ban was later overturned. Two years later he was caught in possession of opium at Dubai airport, and in 2009 the IPL banned him after he tested positive for steroids. His Pakistan career survived. Then came a no-ball at Lord’s and everything fell apart.

First published in issue 24 of the Wisden Cricket Monthly