Jonny Bairstow was non-committal about the role he should be fulfilling for England when Phil Walker interviewed him for the December issue of Wisden Cricket Monthly. For now at least, the debate is done: Bairstow must bat in the top six, and events at Perth proved it.

Where do you think you should bat for England?

Really, honestly, I don’t know. I’ve batted at five, six, seven, over a period of time. I’ve batted five for Yorkshire for many years, I’ve played just as a specialist bat for England. For me, I think it’s important that whatever the balance of the side we get determines where people bat in the order.

Do you have personal goals?

Not that I’m willing to tell.

Jonny Bairstow was in no mood to expand any further. That’s sometimes his style with the media. Still, it was hard to shake the sense, from the sanctuary of the VIP tent at the Cheltenham Literary Festival, as we tip-toed around the subject of an upcoming Ashes tour, that he sees himself right in the heart of England’s batting order.

It’s easy to see why. Ferociously fit, an obsessive trainer, in his physical prime – just watch him in his pads, gloves flung behind him, out-pacing England’s fielders when the ball heads off to fine-leg – there is little doubt that he would be tempted by the plum No.5 spot, and that he would thrive there. But if five, with the gloves, is perhaps a place too high, then No.6 at least. Six at the very least. 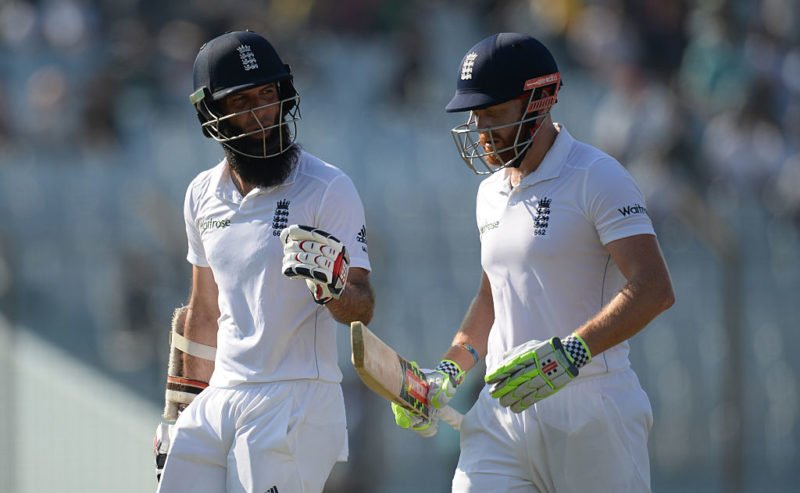 And yet for the first two Tests, Moeen was in there. Moeen is a dream at eight and a charmer at seven, but not at six – against that lot, in Australia, in a Stokes-less world. Watching Bairstow work manfully with an exposed and rather flaccid tail at The Gabba and Adelaide, playing ignominious shots as he ran out of hope and support, it was obvious that one of England’s best players was being pointlessly wasted.

So for Perth, the brains trust head-bumped their cerebellums to reverse what was a last-minute decision in the first place and put Bairstow back where he should have been all along. It may have been two Tests too late, but better now than not at all.

Four down on a slab of western tarmac, and not even halfway through the day. It hardly needed saying that the Ashes were on the line

And not a moment too soon. England were barely breathing when Bairstow bustled out to join Dawid Malan in the 38th. Four down on a slab of western tarmac, and not even halfway through the day. It hardly needed saying that the Ashes were on the line. Steve Smith’s heckle – that England had only to suffer two bad sessions to give up the urn – may as well have been pumped out on a loop around the dilapidated old dump, where the Poms had won just once in 13 hits.

It was initially brutish. As Malan jackrabbited, Bairstow bobbed beneath the haymakers with a flyweight’s nimbleness. The Australians fancy they can get at both of them with the short stuff (who don’t they fancy?) but where once Bairstow was a dangerous hitter at Test level, he is now a refined technician. A top-six batsman. 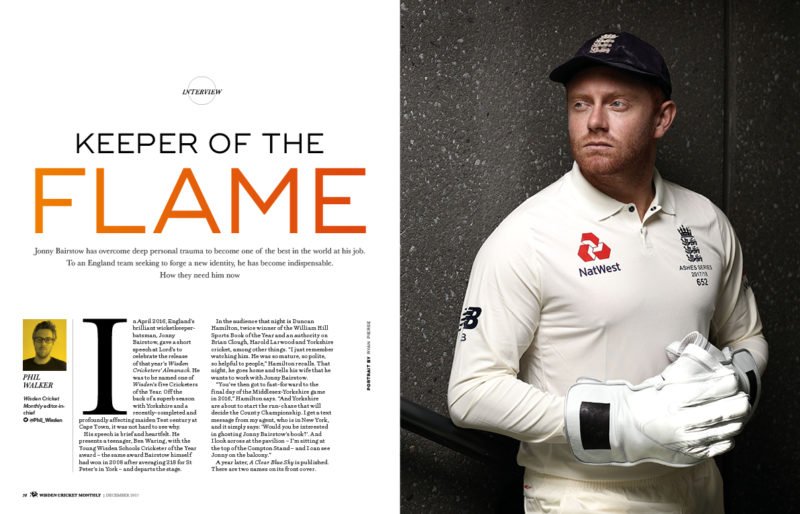 When he is playing well, which he has for two years now since that Cape Town watershed, he presents the broadest of blades, playing tight, punching the full one through the offside, cuffing the short stuff behind square, and now, the new one: letting the ball run off the full face down to third-man – the last, a stroke of subtlety and finesse that would be hard to picture the early incarnation playing.

All points of his game were in attendance at the WACA, and it was only in the last half an hour, when the new ball was unwrapped and the tone and mood of the match shifted suddenly, that he played a false shot, prodding twice away from his body.

Invariably, he looked like the world-class cricketer that he has become. He resumes 75 not out, having added 174 with the brilliant Malan. A fourth Test century in 24 months is his for the taking, and after a rough fortnight during which he first had the movements of his head examined and then his character questioned (by an Aussie slip cordon that went too far), he deserves nothing less. 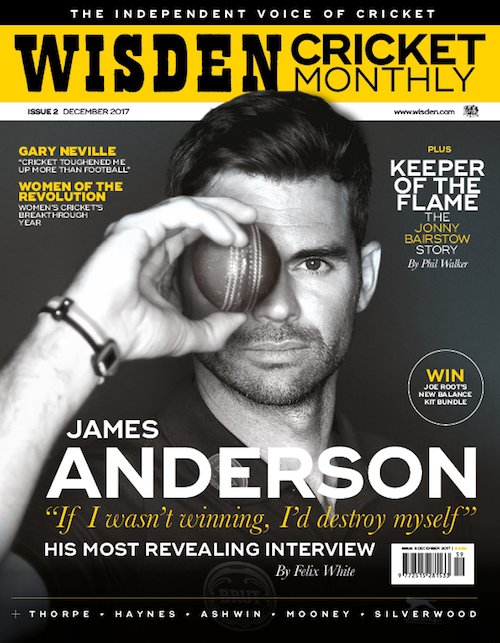 To read the full interview, in which Bairstow talks about coming to terms with the suicide of his father David, the former Yorkshire and England wicketkeeper, buy a copy of issue 2 of Wisden Cricket Monthly