The Asia Cup is a big tournament for the region. Winning it gives big time bragging rights to the teams, and there’s no question of any of the six contenders taking it lightly, even though India have left out Virat Kohli.

Despite all the tried-and-tested players around, the names of some very talented youngsters stand out – these are young men, some of them boys still, who could well create a flutter if given a chance.

Rashid Khan and Mujeeb Ur Rahman should still qualify as ‘youngsters to watch out for’ – the older of them will turn 20 during the tournament, and the other is still only halfway between 17 and 18. But we know what they are about. When it comes to 20-year-old top-order batsman Ihsanullah, we are still finding out, and a lot of what we know is quite exciting. 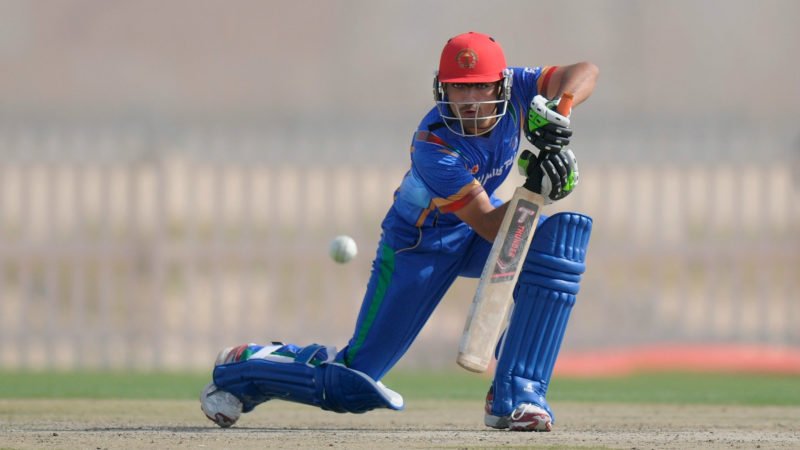 Ihsanullah could be Afghanistan’s solution to their top-order problems

Afghanistan’s fortunes are made and broken by their spinners, in the main. More often than not, their wins are set up by Rashid & Co, with run-scoring not quite their best suit. The situation is perfect for talented young batsmen to walk into, and while Hazratullah Zazai seems to have done that in T20Is, it could well be Ihsanullah in 50-over cricket.

He isn’t completely green. Ihsanullah’s first-class debut came in 2016 and ODI debut in February 27, an occasion he marked with a duck. Not the best portents, but he has since hit three half-centuries in 12 outings in the format – two of them in February this year when they met Zimbabwe in Sharjah, and the last one just the other day in Belfast, to give Afghanistan victory over Ireland in the deciding game of their three-match series.

That innings, 57 not out in 62 balls, has raised Ihsanullah’s stocks, and has made him perhaps the best partner for Mohammad Shahzad at the top of the Afghanistan order.

Young Hossain, who will turn 23 later this year, is not new to international cricket. 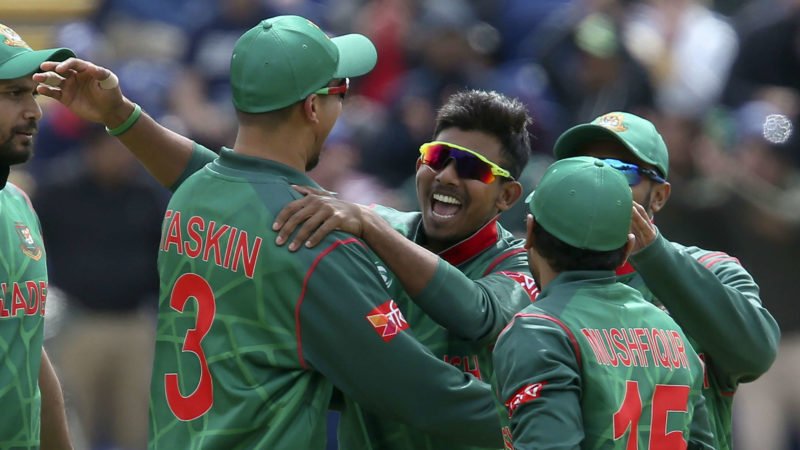 A prolific scorer in the domestic circuit in Bangladesh, Hossain made his international debut in a T20I against Zimbabwe in January 2016 at home, but it wasn’t a memorable one. Indeed, top-notch performances have been rare in Hossain’s brief international career so far, but every once in a way, he has shown the sort of promise that makes teams back young players.

Like the time he scored 75 in close to four hours from No.8 in his debut Test against Sri Lanka in March 2017. His Test batting average of 34.66 and of 33.55 means he can bat, and there’s useful off-spin in his arsenal as well. Someone to keep an eye out for, if his team backs him enough to put him out on the pitch.

Here’s a 20-year-old top-order batsman with an ODI batting average of 52.57, a total of 736 runs with one century and six half-centuries in just 16 games. If some of us don’t know about ‘Anshy’ Rath, or don’t know much, it’s because he plays for Hong Kong. 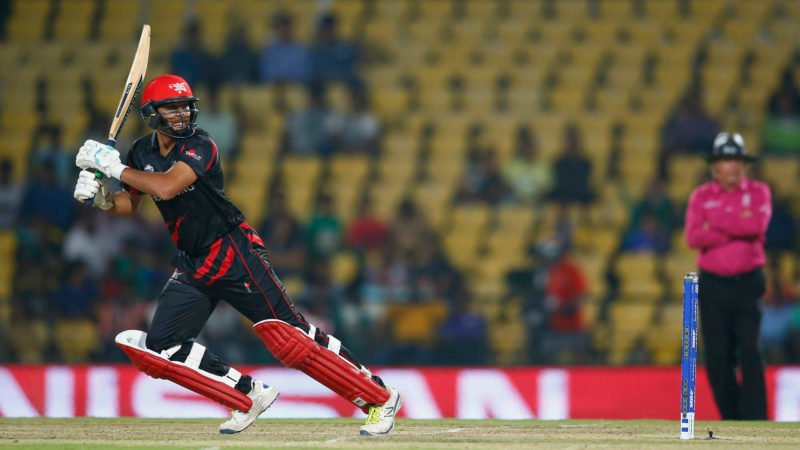 Rath averages 52.57 in ODIs, with one century and six half-centuries

Rath is a star in Hong Kong cricket, someone who has played a massive role in shaping Hong Kong’s fortunes on the cricket field over the years, since starting out in 2014 in an ODI Papua New Guinea. A compact player, Rath is the sort to bat long and hold an innings together, something he hasn’t done only against the ‘smaller’ teams, but even outfits like Scotland, Afghanistan and Zimbabwe.

Related Story: Watch: How Alok Kapali, a part-timer with a Test average above 100, became the first Bangladeshi bowler to take an international hat-trick

The best of them was the 97 he scored against a full-strength Scotland in just his fifth ODI appearance. That aside, there has been the 53 against UAE (2015) and, in 2018, 65 against Afghanistan and 85 against Zimbabwe in the World Cup qualifiers in Bulawayo.

With Hong Kong earning themselves at shot at prominence at the Asia Cup, Rath might just get the stage he deserves to showcase his skills.

Ahmed was a part of the India Under-19 squad in 2016, a nippy left-arm paceman who got the ball to slant across the right-handers but, on evidence, wasn’t too hot with his swing, one of the strengths of most left-arm pacemen. 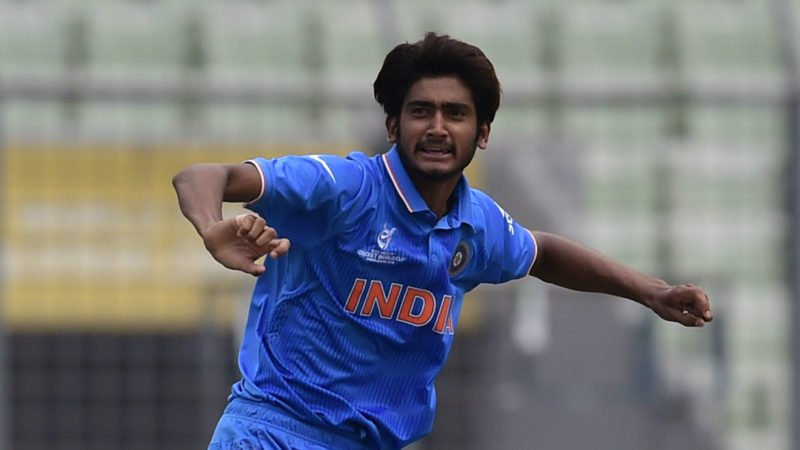 Ahmed doesn’t have great numbers, but is thought of as a dependable pacer who can keep an end tight

He has improved since then, adding pace and swing, and the time spent with Zaheer Khan at Delhi Daredevils in the IPL has definitely helped, even if he hasn’t quite run up the numbers that would automatically result in a national call-up yet.

But those who have watched him bowl say he is dependable, solid without being spectacular, the sort of limited-overs bowler who can keep an end tight and keep at the batsmen. In a squad also featuring Bhuvneshwar Kumar, Jasprit Bumrah and Shardul Thakur, as well as all-rounder Hardik Pandya, how many chances Ahmed gets on the spin-friendly pitches of the UAE remain to be seen, but it might be interesting to see how he goes if he does get a look-in.

That old fast-bowling in factory in Pakistan – they have now given the world Shaheen Shah Afridi, just 18, fast, and with a knack for picking up wickets. 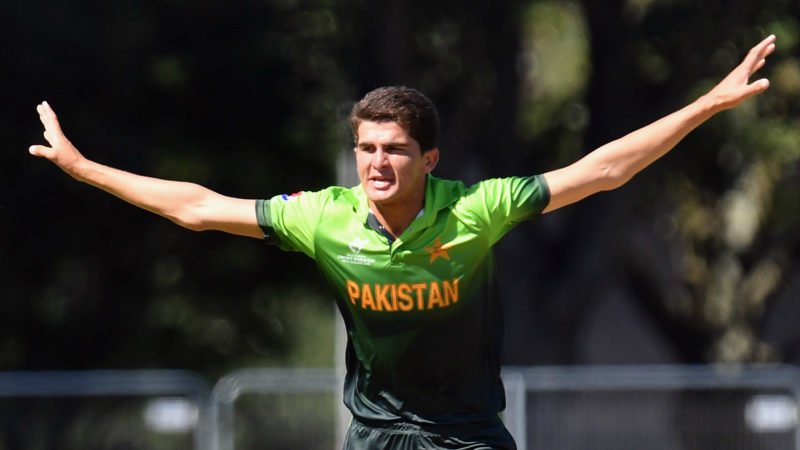 At the 2018 Under-19 World Cup, Afridi was the best of the Pakistan bowlers, ending with 12 wickets in five games, and giving more than enough evidence of his raw talent. His elder brother Riaz is a one-Tester for Pakistan too, also as a fast bowler, and like Riaz, the younger Afridi is solidly built, at around six-and-a-half feet, and can generate good pace and bounce.

His first-class debut was a dream affair – 8-39 in the second innings for Khan Research Laboratories against Rawalpindi, the best debut figures by a Pakistani in the format. Since then, he has moved up the ranks quite fast, making his international debut in a T20I earlier this year.

This boy is waiting to have a go – will Pakistan unleash him on the unsuspecting batsmen, especially those from India, is the question.