One of Australia’s greatest-ever tweakers talks spin with Aadya Sharma.

More than 12 years on since he retired from Test cricket, Stuart MacGill still buzzes with an energy that is apparent even through a Zoom call. Cradling a glass in his hand, in the wee hours of a Sydney morning, the former Australia leg-spinner is speaking after a long day at Aristotle’s, the restaurant he now manages.

A framed cut-out on the wall is visible in the corner of the frame – he says it’s the only newspaper cutting he has. It has a full-sleeved MacGill celebrating one of his 208 Test dismissals, with Adam Gilchrist by his side. While it’s a tally that makes him Australia’s third-most successful spinner, it’s hard not to feel like there should’ve been more.

In-between his debut and final appearance, MacGill missed 74 Tests, his career spent largely in the shadow of Shane Warne, the greatest wrist-spinner of them all. And yet he proudly looks back at the “misfortune” of bowling at greats like Brian Lara and Sachin Tendulkar, all the while establishing a bond beyond cricket with a golden generation of Australia’s cricketers at the turn of the 21st century. The face of that group was Steve Waugh, who MacGill says was “the perfect captain” for him.

“Steve Waugh knew that he had a captive audience with me because he was the boss. He took the time to work out who I was.” 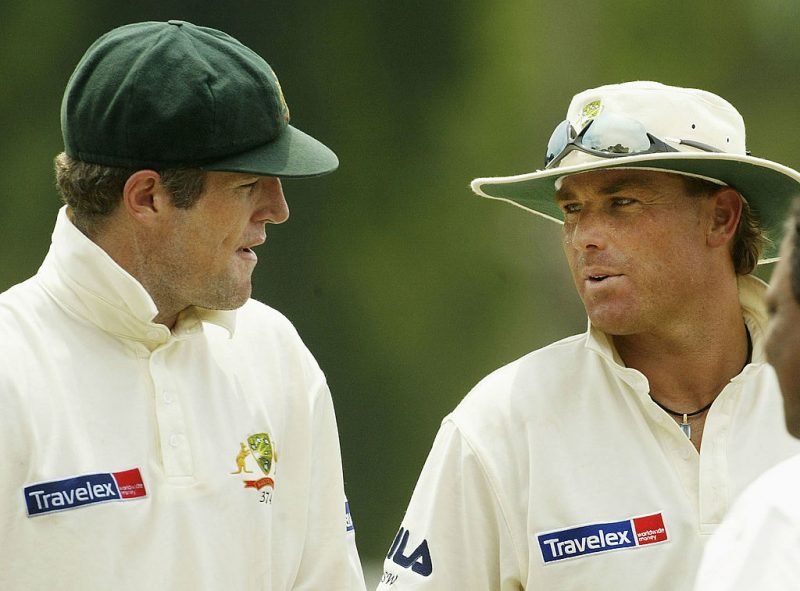 And who MacGill was is clear: a brilliant match-winner on his day, hurrying batsmen into strokes or catching them napping with his flight, drift and sharp turn off the pitch. Spinners of today, having grown up on a T20 diet, can often tend to drop it short and flat for fear of being hit, all the while relying on variations. Unpredictability is the aim in the modern arena and yet MacGill is a man who preaches the value of the stock ball, with a little bit of subtlety thrown into the mix.

“When you bowl slow, your grandmother can hit you for a six. The question is: ‘Can she hit you for a six the next ball, and the next ball?’ You have to very clearly define your best ball, know exactly what it is, and keep attempting it, trying to replicate it over and over. Then, if you do that, you can set your fields, and there’s a chance you might be able to force the batsman to do something that he shouldn’t.

“The only reason people ask [me about my variations] is because Shane Warne used to say, ‘I have got a new variation’ every season. Realistically speaking, as a wrist-spin bowler, it is just about the various angles of your wrist on delivery. [He rotates his wrist while gesturing point of release]: It is 270 degrees of angles.”

And MacGill certainly used those angles to great effect. He had a great wrong ‘un to go along with a straight top-spinner, which he likens to a “top-spin lob in tennis”. “Anil Kumble was just a genius in that department with that ball,” he says.

“One of the most valuable things that I ever did in preparation for cricket was I sat courtside watching a Grand Slam tennis event. When you watch on TV, you think that it’s just backwards-forwards. I was watching Gabriela Sabatini and Steffi Graf play, and every single time they hit the ball, it was slightly different: a little off and a little bit more, and it never landed where their opponent thought it would land.

“That’s what good bowling is about, for me.”

In his post-playing career, MacGill has been able to share this wisdom extensively in coaching roles, working with spinners across different grades in Sydney, as well as in conjunction with the ECB, for whom he has coached the likes of Matt Parkinson and Derbyshire’s Matt Critchley. He rates the former highly and tips the latter as a future England all-rounder. Working with the younger lot of spinners though, he’s realised that they operate differently to how he used to. Someone like Rashid Khan, a modern-day spin superstar, is said to hold the ball in at least five different ways. MacGill operated with just one.

“In my opinion, and I’m definitely not being disrespectful of this bunch of guys, but a good batsman will pick up that change of grip,” he says. “If they don’t, they are not good batsmen. That doesn’t mean it’s a waste of time, because if they don’t pick it up, and it works for you, then it is a good move. But I feel subtlety is king on great pitches. All things being equal, the batsman shouldn’t know that there’s been a change until they’ve already started playing the shot.

“A lot of guys particularly change the grip for the googly because it’s easier. If you hold the ball dead down the seam, it comes out easier. But that’s boring. I’d rather choose the harder way.” 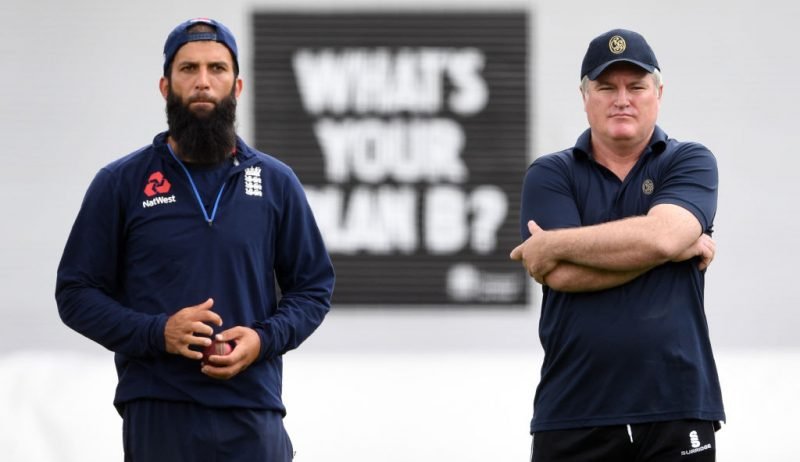 The game has vastly changed, but MacGill still actively reads and analyses it: he’s got some good news for England fans, insisting that “anyone who’s got brains will be silly to write off Moeen Ali”. In the current Australian side, MacGill feels that Nathan Lyon’s skill and zeal will one day take him past Shane Warne’s wicket-tally. However, he reserves his highest praise for Adam Zampa.

“Zamps doesn’t turn the ball big sideways, but what he does is he understands his game as well as Shane understood his. So, he attacks the stumps ferociously, his variations are the ones with a little bit more shape on them, everything is attacking the stumps.

“He’s keeping [Nathan] Lyon out of the Australian ODI team, have a little bit of a think about that! And Lyon is the only finger-spinner I have heard about, apart from Harbhajan [Singh], who you could hear the ball going down the pitch. Zampa has kept this guy out of the side, and has done very, very well because he attacks the stumps. He is unforgiving, he is ferocious. He doesn’t give anything away. He deserves all the respect that his statistics afford him. He has done things I could never have done.”

While Lyon and Zampa co-exist in perfect harmony in the current set-up, the “fantastic” Fawad Ahmed, according to MacGill, was unlucky to never play Test cricket. Over the last few months, he has been impressed by Mitchell Swepson, the leading wicket-taker in the 2020/21 Sheffield Shield, but he hopes the young leg-spinner is “counselled appropriately”.

“He might get bashed, but if he still maintains his composure, anybody who has a go at Mitchell Swepson, they might hit him for a four or six, but I guarantee he’ll get the better of them ultimately, because he’s a very, very good bowler now.”

Despite regularly working with young up-and-coming tweakers, MacGill’s son, Alex, is a left-arm quick who plays for North Sydney Cricket Club. But MacGill still ensures his son understands that the game can be “unforgiving”. Having seen the peaks and troughs of the sport himself, his advice goes beyond the coaching manual.

“The bad days in Test cricket, they are certainly not the worst days that anybody has lived. There are a lot of people having worse days than I am. It’s unusual – you feel invincible, and then you feel humiliated, and the only people that know that are the ones who have been through the same thing.

“Professional sport is fleeting. Despite how important it might seem to people sitting on the other side of the fence, one day you’re finished.”

Typical MacGill: no fluff and no lies, he gives it straight.