Pragyan Ojha played 24 Tests for India in five years, but his ascent came to an abrupt end in 2013, sparked by a suspect action. Now retired, the left-arm spinner speaks to Aadya Sharma about the highs and lows of his international career.

Between Anil Kumble’s ride into the sunset and the rise of R Ashwin and Ravindra Jadeja, Pragyan Ojha had his brief, but glorious, peak. A left-arm spinner, he was a shrewd exponent of the art – by the time he’d played his 17th Test in 2012, he had broken into the top five of ICC’s Test bowling rankings. He was primed to the be a star of the 2010s.

However, within a year, his international career was done. He took 10 wickets in his last Test – Sachin Tendulkar’s farewell match in 2013, against West Indies in Mumbai – and thereafter, he was left to slug it out in domestic cricket. He retired this March as a 33-year-old, and the announcement was met with little shock.

It’s time I move on to the next phase of my life. The love and support of each and every individual will always remain with me and motivate me all the time 🙏🏼 pic.twitter.com/WoK0WfnCR7

It’s easy, in retrospect, to pinpoint where it all went wrong. At 27, Ojha’s bowling action was deemed to be suspect, and he lost his place in the side. He came back with a remodelled action in 22 days, but even within that short period, “things had changed in Indian cricket”.

“Because of the performances that you have given, you carry a reputation,” Ojha tells Wisden India. “Even if you go down by one-two per cent, people start saying that you are not the same. Maybe, that sort of a thing had happened when I came back.

“At times, you can say, ‘He has changed, he’s modified his action, he’s not the same anymore.’ While the impact was there, by the time I made my comeback, things had changed in Indian cricket. When you’re trying to play for the country, there is a lot of competition. Once you’re behind, unless someone does really badly or is out with injury, it’s difficult to make a comeback. Not that you think of someone getting injured or out of form. But that’s how it is.

“I waited, but I slowly understood that I was way behind and it’s time to move on. What more can I expect? I have played for my country, I have 100 Test wickets – the fastest for a left-arm spinner for my country. Blaming and trying to talk ill doesn’t solve your problem. Things were pretty good, but things which are not meant to be, are not meant to be.”

Ojha is a lot happier speaking about how he broke into the Indian set up in 2008, into a side that would claim the Test No.1 spot the next season. His bowling, with that loopy, meticulous trajectory, was a hit on home pitches, and he picked up all his 113 Test wickets in India, Bangladesh and Sri Lanka, having not played a Test outside the subcontinent.

While that record suggests he’s a home-track bully, he had an alternate view. “When we were growing up, we used to listen to stories of spinners doing really well against Australia, England and South Africa,” he says. “But, for a spinner, it is always a challenge to bowl against teams in the subcontinent – Pakistan, Sri Lanka…

“I learnt a lot bowling against Mahela Jayawardene, really understood what Test cricket was. He was so good. If you bowled a little outside off, he used to play the late cut. If it was little on the leg stump, he would play those paddle sweeps.” Ojha would dismiss Jayawardene seven times in 13 international games across formats. 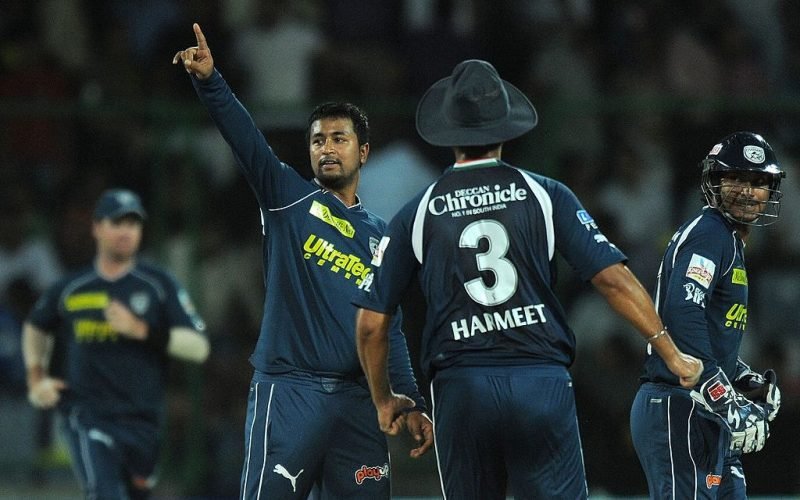 In his prime, Ojha was conditioned to nip out wickets. The IPL – he claimed three winners’ medals and won the Purple Cap in 2010 – played a huge role in moulding him that way, given the star cast of captains he played under.

In his first season in the IPL, Ojha was captained by VVS Laxman, his Hyderabad teammate who knew him inside out, at Deccan Chargers. “It makes your job easy, when someone like a captain or coach knows you, your strengths and weaknesses.”

But it was under Adam Gilchrist in 2009 and 2010 that his stock rose exponentially – he plucked 39 wickets in 31 games across two seasons. “He was the wall that used to keep the pressure and unwanted stuff away from the players, so that they’re comfortable.” Under Gilchrist, Ojha, at 22, became an IPL champion.

But perhaps the most unique experience he had with a captain was with Rohit Sharma. The duo were up and coming youngsters in 2009, when Ojha’s performances in the IPL helped earn a call-up to the India white-ball side, where Rohit was slowly making waves. Their friendship goes a “long way back” and perhaps peaked during their time at Mumbai Indians, which yielded two titles (in 2013 and 2015).

“We started together, me, Rohit and Manoj [Tiwary],” says Ojha. “We have almost spent all our Under-15, U17, U19 days together. Obviously, I was in Hyderabad, Rohit in Bombay and Manoj in Bengal, but we used to meet a lot at Zonal academies, National Cricket Academy… that’s how we became friends.” 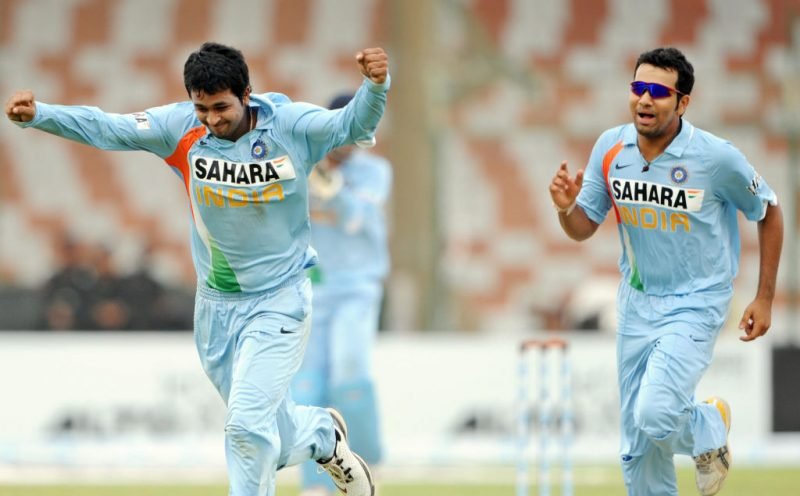 Despite Rohit becoming Ojha’s captain at Mumbai Indians, their friendship never suffered. “Friendship is always there,” says Ojha. “Once you cross the line, professionalism takes over. On the field, it’s not like we’re friends. We have to deliver. We are professionals, getting paid for our jobs.

“I feel [playing under him] was a plus point. He knew [me], we had played three years at DC – fourth, he moved to Mumbai. He knew exactly how to use me, what my strengths are.”

Ojha, in fact, is one of the few players to have played with most of the superstars from India’s past and present teams, having come through the side just as the transition began. It makes for some interesting observations on how the greats, from Anil Kumble to Virat Kohli, have their own way of doing things, so much so that he was “taken aback” at times.

“When he was on the ground, Kumble used to be very aggressive, both with the opponent and with his own players,” says Ojha. “Off the field, you won’t be able to relate. I was taken aback, ‘Am I talking to the same person who I saw on the ground?’ He used to compete hard, but off the field, he was very soft-spoken. 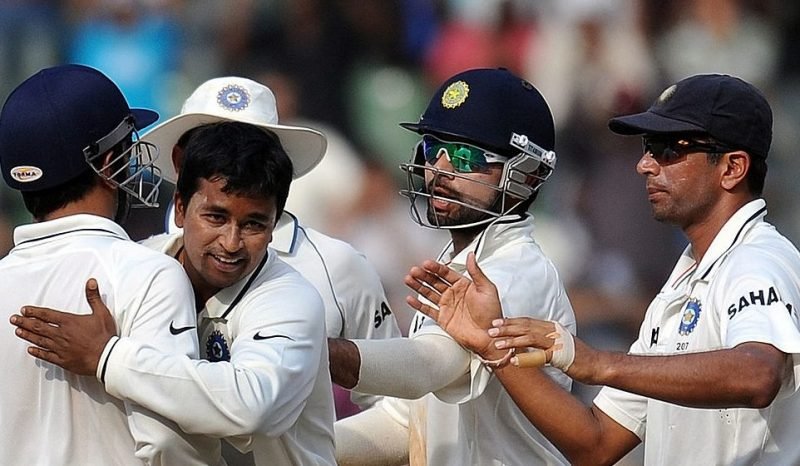 Pragyan Ojha played alongside a band of Indian superstars, both old and new, during his five-year stint

“Someone like VVS Laxman would listen to Suprabhatam [a collection of Sanskrit hymns] and then go and bat. That is his aggression. Someone like a Kohli will be listening to loud, Punjabi music, showing body language – not gestures – and he likes to show he is in your face. It is not wrong in any way, it was just different.”

Propelled by these experiences, Ojha went from strength to strength in the early 2010s – by 2012, he became the quickest Indian left-arm spinner to 100 Test wickets, even dismissing a young Kane Williamson five times in as many Tests.

And then, it all came to an sudden stop. His action was suspect, and Ojha found himself out of the selectors’ reckoning. A year after what was to be his last Test, he was barred from bowling by the BCCI, his action found to be illegal. “That [action] is something which I had developed on the way. It was important to sort it out. I’m glad that in 22 days, I made a comeback and straightaway I got wickets.”

Related Story: Four selection questions for India ahead of the Sri Lanka Tests

Unfortunately, things would never be the same for Ojha. He made the most of his situation – there was a brilliant 5-85 against Australia A in Chennai in 2015 that raised hopes of a recall, but none was forthcoming.