England’s Adil Rashid speaks to Saj Sadiq about winning the World Cup, his troublesome shoulder, Test cricket, the influence of Eoin Morgan and The Hundred.

What was it like to take part in the recent T10 League in Abu Dhabi?

It was a very interesting experience for me as a bowler as this format is different to T20 cricket, in that it’s a lot more fast-paced with batsmen coming a lot harder at you right from the off. I’m sure it’s also an exciting format for batsmen as well, and also a good spectacle for the crowds. It’s a thrill-a-minute really and non-stop action. Like any other format of the game, the more you play this style of cricket, the better you will get at it, but it’s an exciting format of the game for sure.

A few months on, how do you feel about the 2019 World Cup victory and what it meant to you?

The World Cup triumph was a dream come true, not just for me but for all of my team-mates. I would say that it’s every boy’s dream come true to play for their country, to represent their country at a World Cup and better still to win it as well. I was part of that excellent England World Cup-winning team and this was payback for four years of hard work dating right back to 2015.

We had a dream and a vision to win the World Cup this year and we had embarked on a journey since the previous World Cup with a new coach and captain, and we knew that if we played to our potential, we would win the World Cup and that’s what we did. Put simply, winning the World Cup was an unbelievable feeling for the players, our families and cricket fans in England and it’s something we will all remember for the rest of our lives. 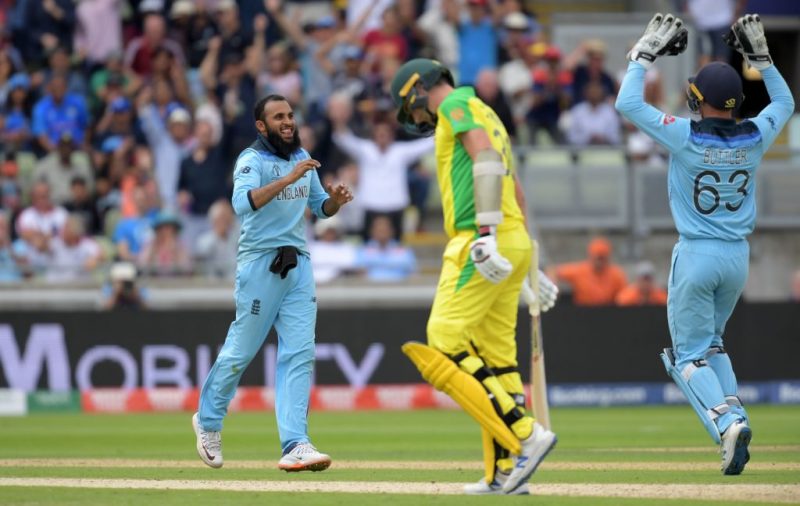 “The World Cup triumph was a dream come true”

With the 2019 World Cup triumph in the bag, do you now feel vindicated given some of the criticism directed at you?

It’s what the pundits and commentators do which is to praise us when things are going well and then when performances are not that good, they put you down with a lot of negativity. In my case, it’s in one ear and out of the other and I don’t let negativity affect me at all. Whether the critics are talking about my form or lack of it, or my taking or not taking wickets, it just doesn’t bother me as it’s simply part and parcel of the game. Obviously, when we won the World Cup, you can look those detractors in the eye and say look at what we have achieved, and that applies not just to me but for the whole team.

I am sure each one of our squad went through phases when things weren’t going that well in their respective careers but that is how cricket is. For me, I felt that I did well during the World Cup despite not being fully fit and having had injections in my shoulder before the World Cup, but I did what I had to do and I had to find a way to get through and that’s what I did. Whether it’s the World Cup or any other competition, as long as the captain and coach are happy with what I am doing, and as long as I am putting my 100 per cent in every game, then that’s fine with me and what others think is irrelevant.

You gave up on red-ball cricket but then made a comeback for England, can you explain why that was?

There was a period about two years ago where I decided to give up red-ball cricket as I wasn’t enjoying it as much as I should have and decided to focus only on white-ball cricket. I had a fairly good time in the shorter format against India and Australia and did well there; it was then that the England team management came to me and asked me to reconsider my decision and to resume playing red-ball cricket which I agreed upon. For me, it’s been a journey of ups and downs when it comes to the longer format, but Test cricket is something that I enjoy now. 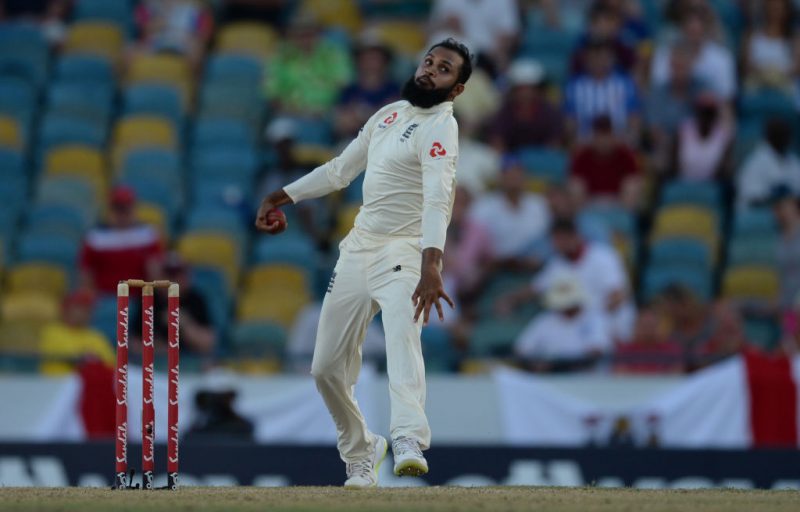 Having said that, my first and foremost priority is to ensure that my shoulder is well looked after and that it gets better as soon as possible. Moving forward, I will need to sit down with the England team management and see whether it’s better to be playing white-ball cricket until my shoulder gets better or to play red-ball cricket and see how it goes. When I get back to England, there is no cricket for almost two months so it’s a perfect opportunity for me to get my shoulder better for challenges that lie ahead. Test cricket is still an option for me, but for now, as I said, sorting out my shoulder is my top priority.

Tell us about the impact of previously working with Saqlain Mushtaq?

Saqlain had been associated with the England side as spin consultant since 2016 until recently and worked with us in Tests and ODIs. He is a legend of the game and a lovely person as well. He has helped Moeen Ali and I, as well as other spinners in the England side a lot. He was able to share with us a lot of things about the mental side of the game, which has been developed over so many years of his international experience. It was very useful for us to tap into his experience and sometimes just having him around was a big plus for myself and for the other spinners in our side. He isn’t around now and he will be missed but I am sure he will move on to better things.

Who do you rate as the best up-and-coming leg-spinners around the world?

There are a few exceptional spinners around the world who spring to mind and who are showing a lot of promise, but I would rate Nepal’s Sandeep Lamichhane as one to watch and then there are newer names like Afghanistan’s Qais Ahmad who have really impressed me and fill me with a lot of hope for the future of leg-spin bowling.

Cricket has changed but it seems that the role of a spinner is even more important in the modern game?

I believe that having a good spinner in your team is crucial and more and more teams are now depending on mystery spinners in their ranks as they can be key assets, especially in limited-overs cricket. This is because they can come in and break partnerships and then continue to take two or three wickets in quick succession and quite often change the complexion of the game. But, it’s also important to note that they can go for a few runs as well, which is where the role of a good captain is key as well.

It’s important for spinners in general to have that sort of backing from their captain who knows that his mystery spinner may go for runs, but he is also a wicket-taking and match-winning option who will create chances and make things happen. All in all, I feel it’s great to see more mystery spinners coming through the ranks and hopefully more will come through in the near future.

You mention the role of captains in encouraging spinners – is that your experience with Eoin Morgan?

Yes, this is the experience I have had with Eoin Morgan for the past four or five years as he has always encouraged me to be positive and brave in order to create chances and attack the batsman and has made worrying about conceding runs irrelevant to a large extent. As a result of this kind of support, things have gone very well for me and added to my enjoyment of the game and my self-belief as a spinner.

How excited are you about taking part in The Hundred?

Absolutely thrilled and excited to be part of this new competition and I am sure I am not the only one feeling that way. We have some big names involved with the eight teams and it’s very well organised so I am guessing everyone including the overseas players are looking forward to The Hundred. I am sure there will be a lot of interest on how well it will do, about the different rules and the format where we have innovations like five-ball overs. So, we may all need a little time to get used to these new features, but it’s something everyone is looking forward to. It will be interesting to see how everything falls into place and I am sure it will be a lot of fun for everyone, including the spectators and hopefully it will encourage more people to take up and watch cricket. 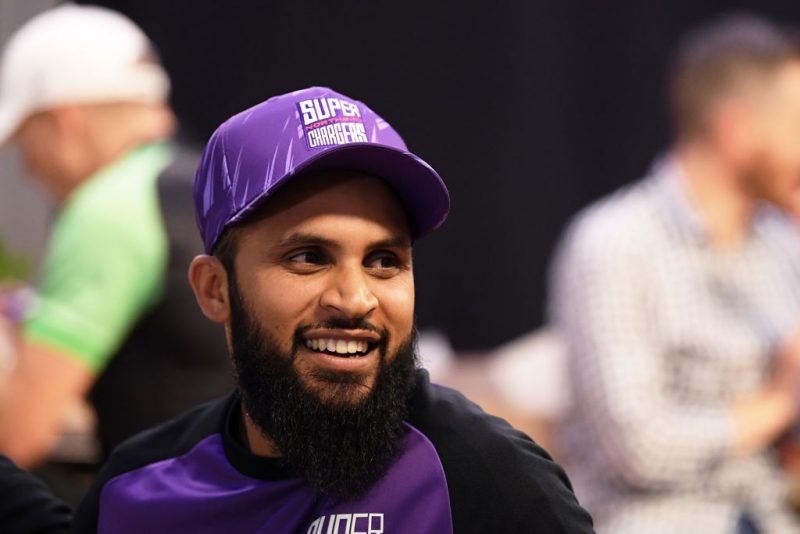 Are the various Twenty20 leagues around the world a distraction or now part and parcel of modern-day cricket?

I suppose it depends on the players, as everyone’s in a different boat. There are some people who have completed their international careers, and it’s perfectly reasonable for them to start playing in different leagues around the world. For those who are currently involved in international cricket, it may not be that easy based upon their international commitments, so they need to obviously pick and choose which competitions they take part in. Some may criticise these T20 or T10 tournaments but there is a lot to learn for all from these various competitions in different parts of the world.

Related Story: Who is Rehan Ahmed, the precocious leggie who could become England’s youngest ever men’s Test cricketer?

Given your Pakistani heritage, how important is the return of international cricket to Pakistan for the game as a whole?

Having international games in Pakistan is absolutely crucial for the game and I am very happy that this is happening, and am also glad to see that Prime Minister Imran Khan is taking active steps for this to become a reality. I also know that the next edition of the Pakistan Super League will completely take place in Pakistan which is very good news and this is what the country needs given the passion and the fantastic history of the game there. I am really hoping that in the future, the likes of England, South Africa and Australia will tour Pakistan to play all formats of the game as that will be a huge gain for Pakistan and the game of cricket.