After her superb double-century in the Women’s Ashes Test, Ellyse Perry says she would like to see the longer format incorporated into series between other countries.

The recent Women’s Ashes series was full of excitement and drama, with the 8-8 score reflecting a closely fought contest. It appeared ominous for England after defeats in the first two ODIs but Heather Knight’s side fought back strongly in the third, their dogged resilience saved the Test match and Danni Wyatt’s explosive finale in the final T20I secured a drawn series, with Australia retaining the Ashes.

The Test match grabbed the headlines due to one name in particular: Ellyse Perry. The Australian all-rounder became only the seventh woman to score an international double-century, compiling a remarkable 213 not out. Perhaps even more remarkable was the fact that, before this innings, Perry had never scored an international century, despite stacking up 28 fifties across all formats. 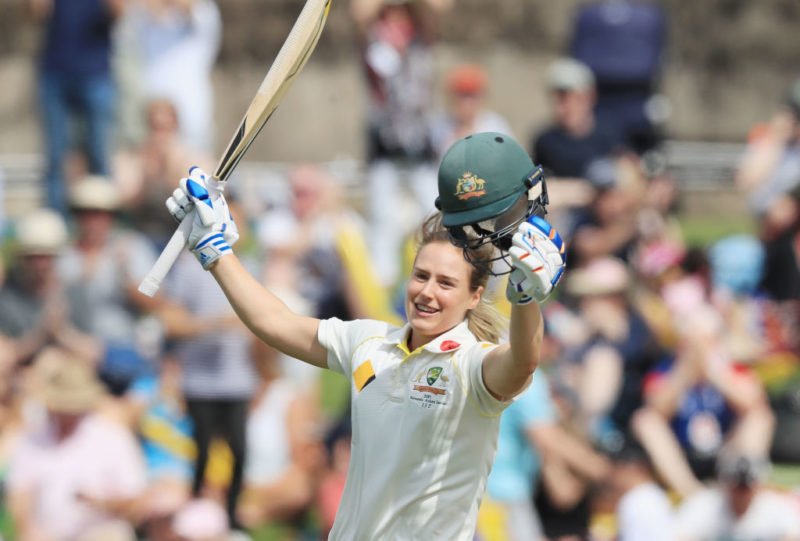 Two factors made the innings extra special for her. “It was definitely nice to score an Ashes ton as my first international century,” Perry tells Wisden. “Firstly, the atmosphere in the ground was absolutely incredible. The support from the crowd was so special. Secondly, to have Alyssa Healy out there with me was such a bonus. We’ve played cricket together since we were nine years old and I consider her as more of a sister – this made it even more memorable.”

Perry describes the atmosphere at the North Sydney Oval as the best she’s ever experienced at a women’s Test match and considers her innings the highlight of her career to date. “It was wonderful to see so many people genuinely enjoying the women’s game and being entertained by it.”

It’s vital to include ODIs and Twenty20s but the Test match is always so special. It was important for us to prove that we can play exciting Test match cricket

The quality of Perry’s innings led to some heated debate about the future of women’s Tests. It has been argued that the longest format isn’t beneficial to the growth of the women’s game but there is no doubt that this particular Test captured the attention of viewers and pundits. Perry is in no doubt that Test cricket should continue to be a regular fixture in the Women’s Ashes, and would like to see the longer format introduced to other series.

“The multi-format series is brilliant in the way that it really encapsulates all formats really well,” she says. “It’s vital to include ODIs and Twenty20s, of course, but the Test match is always so special. It was important for us to prove that we can play exciting Test match cricket. I would love for the multi-format Ashes to act as a blueprint for other international series against countries such as India, New Zealand and South Africa”.

The pitch used at the North Sydney Oval also sparked plenty of discussion, with some arguing that its slow nature meant it wasn’t the best on which to showcase women’s Test cricket. “I think the first day/night Test was always going to be a challenge, especially with the pink ball,” says Perry. “It did mean that the game progressed at a slower rate, but it did get a lot easier to bat on and there wasn’t much in it for the bowlers on the final days. It was a good wicket, there was an exciting finish, and it’s just something we need to learn from as a team.” 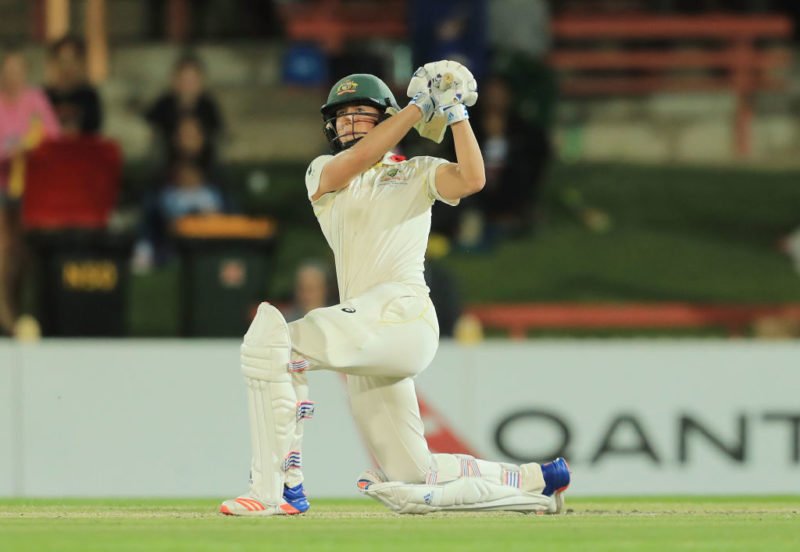 The Australian all-rounder hit 28 boundaries in her innings

A few days after the conclusion of the Test match, Australia confirmed their retention of the Ashes with a convincing win in the first T20I at the same venue, with Beth Mooney smashing an unbeaten 86. “Winning the first game and securing the Ashes was great and we felt the pressure a lot less in the next two games and we could just focus on entertaining,” says Perry.

There was certainly plenty of entertainment on offer in the final two matches, with Mooney and Wyatt trading centuries in the final fixture to cap a memorable series and a watershed year for women’s cricket.