Akshay Gopalakrishnan revisits Ellyse Perry’s stunning injury-defying act from 2013, where she laboured through pain to ensure that Australia took home the World Cup.

Having missed the Super Six stage with an ankle injury, Ellyse Perry’s inclusion for the big final in Mumbai was a massive gamble on the part of Australia. Perry had far from fully recovered on finals day. But then, this was the World Cup final, and Perry was already a bona fide star – she wasn’t going to miss this. Perry’s replacement Holly Ferling had done superbly in Perry’s absence, but Australia just couldn’t leave out their star performer. And how Perry repaid that faith.

Her contribution on this memorable night was twofold. The first part, with the bat, went off without incident. Australia made first use of the surface, had a solid start from their top three, and suffered a middle order meltdown, before finishing with a bang. Perry was central to that late surge, slugging a 22-ball 25 that made her the only Australian batter to finish with a strike-rate of over 100 and left West Indies facing the prospect of the highest successful chase in a World Cup final. 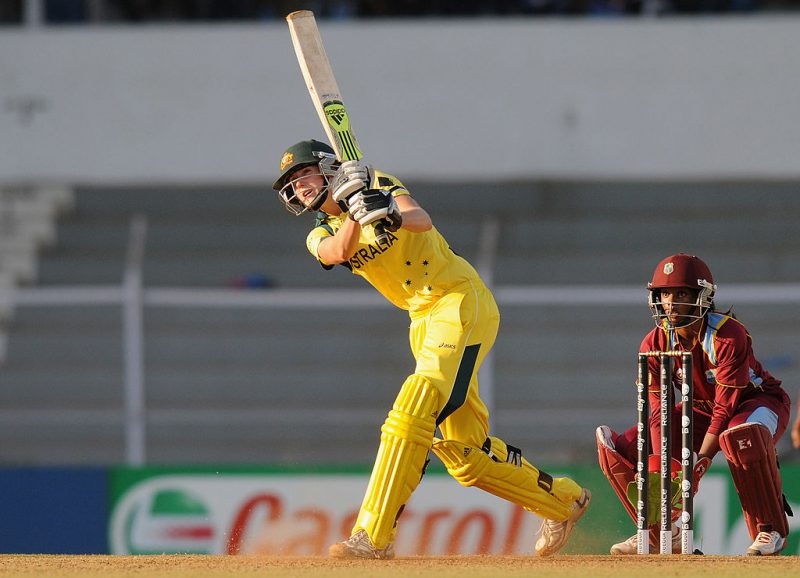 Even before bowling her first delivery, Perry had played a key part with a late-innings burst with the bat

But the ankle that had held up when she batted wasn’t being so supportive any more. When Perry came on to bowl, her captain Jodie Fields wanted only one result – a wicket. West Indies’ openers had seen off the new ball. They weren’t exactly surging, but they were steady and well on course to chase the target down. A wicket was the only way to rattle them.

But even before she had delivered her first ball, Perry had Australia sweating on their call to select her. She pulled out from her run-up twice and had to really labour through on the third attempt. It was clear that the ankle was crying out against the load. But Perry would just tough it out. In true Australian spirit, she would put her body on the line to carry her team to their sixth World Cup title.

By the time she had wound up that painful first over, she had trapped Kycia Knight lbw with a length ball that had straightened into the batter’s pads from across her. Off the first ball of her next over, Perry had Stafanie Taylor prodding forward to a length ball that held its line and flew off the outside edge to slip, where Meg Lanning snaffled a low catch. Replays, however, proved inconclusive and the batter survived.

But for Perry, who was already battling a mountain of hardships on that day, this was just another hurdle to cross. Three balls later, she had West Indies’ ace batter caught and bowled to well and truly turn on the heat on the opposition. When Natasha McLean was trapped plumb in front in Perry’s next, West Indies’ top three had been sent packing, and their hopes were rapidly crashing down.

Perry ended her first spell with figures of 6-2-8-3. But, despite having given Australia the opening, she wouldn’t rest. She stuck on in the field, ran around like nothing was the matter, threw herself in the air to catch Deandra Dottin, and bowled the full quota of her overs. Perry would not leave until she had ensured that Australia had their hands clasped on the World Cup trophy. 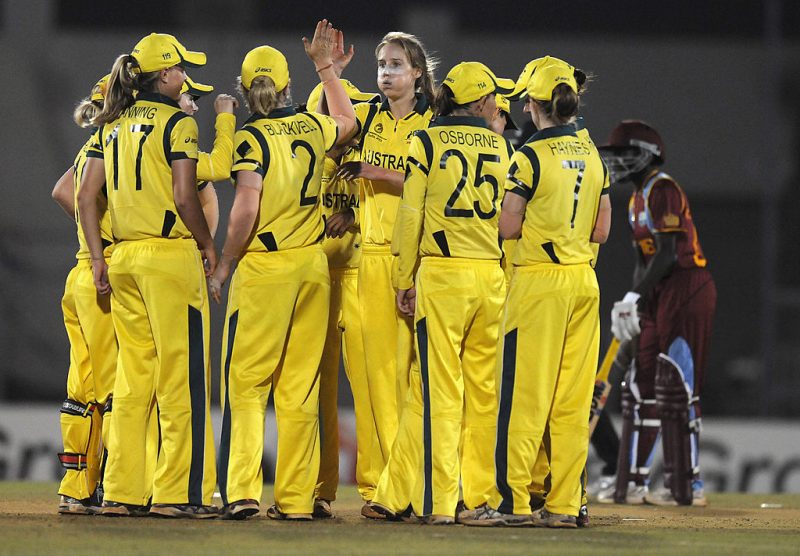 Perry pulled out twice before bowling her first delivery, and didn’t look back after that

Though she took three wickets in the game, that first ball was memorable for reasons beyond any number of wickets Perry may have taken. In essence, it captured the grit and tenacity that underlined Perry’s character.

Had she pulled out then, and she very easily could have – you can’t be a fast bowler without being able to stand on your own legs – Australia would have been under fire not only on the field, but also for their risky selection. It could have put them in a dire situation, left without ten overs from a gun bowler, and also projected the team management in bad light for an ill-advised move.

But Perry’s spirit beat out all other eventualities, as she won her team a World Cup on one leg. And it all began with that first ball. She pulled out of her run-up twice, clutched her leg, and had all of Australia worried. And even when she did eventually deliver the ball on the third attempt, you could feel from the grimace just how tough this was on her. It says something that when she finished delivering that ball, her teammates roared in support. It told you that Australia believed in Perry, and she wouldn’t let anything get in the way of her paying them back in kind.