At Canterbury in 2019, Ellyse Perry claimed 7-22, the best ODI figures by an Australian woman, to all but seal the Ashes. Ben Gardner dissects the effort, voted second in Wisden’s spells of the decade.

It’s easy to forget in the flattening light of the final scoreline that this summer’s Women’s Ashes actually started out quite competitively. Australia only squeaked home in the first game by two wickets, and in the second, England were 183-4, and had their opponents 158-6, before letting it slip twice.

Victory in the third ODI would still have left Australia with the edge on points, but England would have claimed the momentum heading into the Test. Instead, Perry turned a tussle into a humiliation, emphatically demonstrating her latest upgrade as she went. 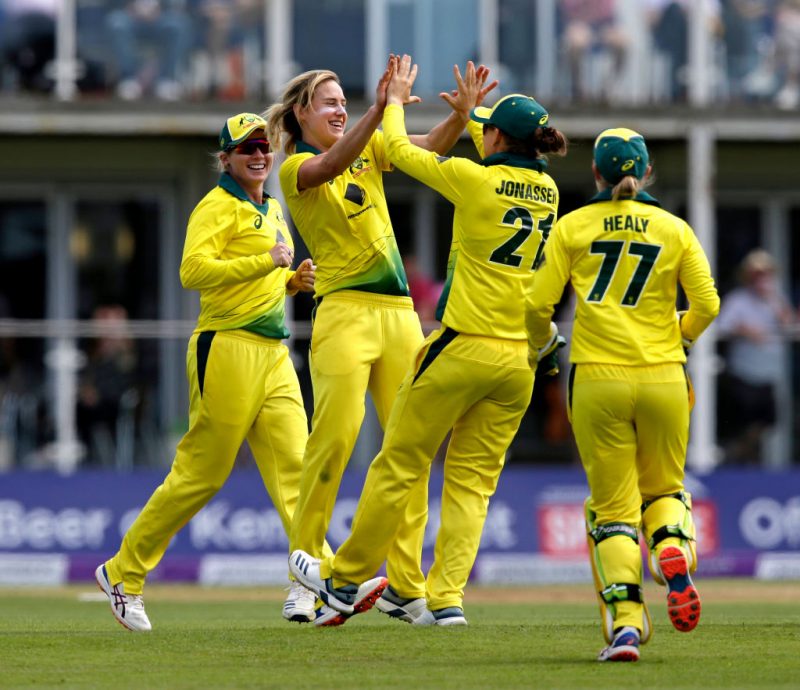 For, while it’s beyond doubt that Ellyse Perry is the pre-eminent cricketer of her, or perhaps any, generation, when Australia rolled into Canterbury for the third Ashes ODI, you’d be forgiven for thinking this kind of performance was out of her reach.

Her legacy has been built not upon the traditional all-rounder’s currency of fitful bursts of extraordinary brilliance, but upon doing what was asked of her very well, virtually every time she stepped onto the field.

With the bat, her consistency is what makes her extraordinary. While it took her until 2019 to make her first two ODI hundreds, the period between the end of the 2013 World Cup – when she became Kallis rather than Pollock – and the present day has seen her average 70 and tick up fifty-plus scores at a rate of just over one every two innings, including three streaks of five in a row.

But with the ball, she has been more serviceable than earth-shattering. While the speed and accuracy remained, the swing had left her somewhat, leaving her only in the ‘very good’ rather than ‘exceptional’ category, with Perry averaging just over 30 and taking no five-fors between the end of the 2013 World Cup and the start of 2019. But on that July afternoon in Kent, she located all three to devastating effect, scything through England to pick up the best figures by an Australian in women’s ODIs.

While she needed two tail-end wickets to get the record, the opening spell was an exhibition in high-speed, high-class swing bowling. In her first five overs, she found an average of 1.53 degrees of swing per delivery, bowling outswing jaffas and inswing boomers to wreak havoc among England’s procession of right-handers. Perry had 5-12, the hosts were 21-6, and the Ashes were all but gone. In terms of pure aesthetic quality and otherworldy unplayability, there hasn’t been a better spell this decade.

The finishing blow to end a classic one-two punch from Perry. Having dismissed Tammy Beaumont with an inducker the ball before, delivered from wide of the crease to accentuate the movement, the next one curved away on that beautiful, unmistakable arc, grazing Sarah Taylor’s yielding bat on the way through to the keeper.