Jo Harman remembers a time, not too long ago, when the white ball used to swing, and Tim Southee made the most of it against England at the 2015 World Cup.

Remember when the white ball used to swing? Chris Woakes recently said a bowler’s lucky if the Kookaburra swings for more than the first six deliveries these days and opening batsmen cashed in at the 2019 World Cup. The average opening stand of 43.62 was the highest in the tournament’s history.

It was a different story four years earlier in Australia and New Zealand. With more movement on offer, captains instructed their bowlers to go full to find it and no new-ball pair did that more skilfully than Kiwi swing kings Trent Boult and Tim Southee, who shared 37 wickets between them in nine matches.

And while Boult was the Black Caps’ star bowler across the tournament, finishing as the joint-highest wicket-taker with Mitchell Starc, it was Southee who delivered the standout individual performance, returning the best-ever ODI figures by a Kiwi to inflict an eye-watering defeat on hapless England. 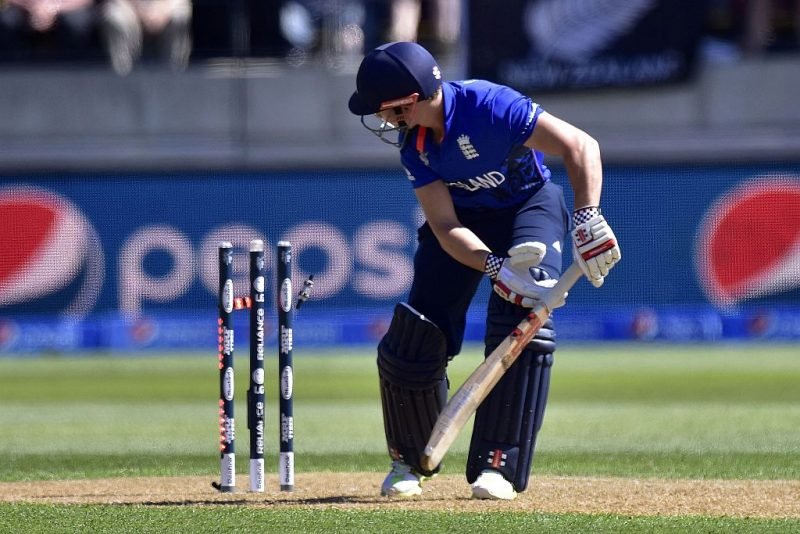 Tim Southee had the England batsmen doing this a fair bit

Eoin Morgan’s side were looking to get their campaign back on track following a Valentine’s Day massacre at the MCG, where co-hosts Australia had romped to an 111-run victory, but the skipper was left to rue his decision to bat first as Southee ran riot in Wellington.

He cleaned up both openers in his opening five-over spell, knocking back Ian Bell’s off stump with the perfect leg-cutter before putting Moeen Ali on the back foot with a sharp bouncer and then yorking him with his next delivery. When Morgan holed out to long-on, leaving England 104-4, Brendon McCullum went for the jugular, returning Southee to the attack in the 27th over.

The swing was still there and Southee made masterful use of it, castling James Taylor, finding Jos Buttler’s edge and then clean bowling Chris Woakes with another peach of a leg-cutter, all in the space of nine deliveries, to claim his first five-wicket haul for four years.

“It swung throughout our innings, which was pretty unexpected,” Morgan later said. “We expected it to be batting friendly throughout the innings.”

Southee’s sixth was a gift, Stuart Broad lobbing a catch to mid-on, before Steven Finn edged to first slip to make it a magnificent seven, England all out for 123 in 33.2 overs. Their last seven wickets had fallen for just 19 runs.

Southee described his performance as “a bit of a blur”, and the same could be said of New Zealand’s reply, which was wrapped up in 12.2 overs, McCullum registering his half-century in 18 deliveries, the fastest in World Cup history.

The manner of the victory set the tone for New Zealand’s run to the final, as McCullum insisted on all-out attack with the bat and in the field. 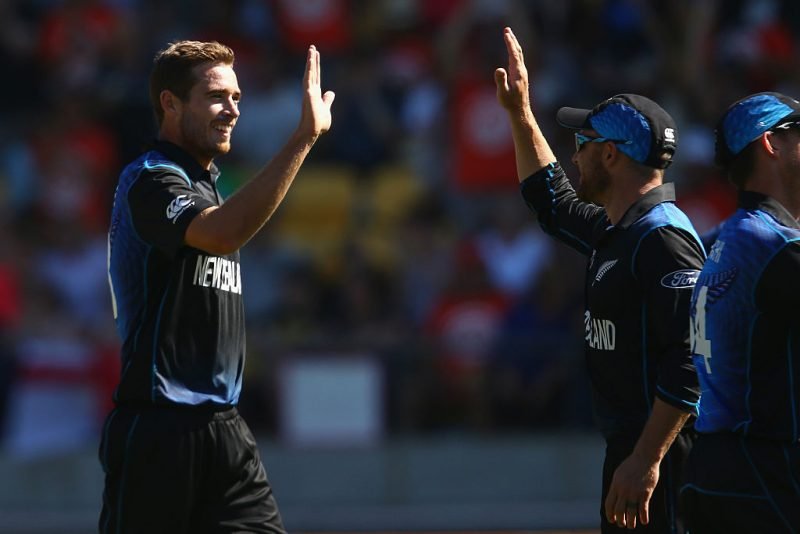 “Hopefully after that 2015 World Cup a few more kids are growing up wanting to be Black Caps,” reflected Southee. “I think it has changed the way people view cricket in New Zealand.”

Southee’s epic spell played no small part in doing that.

Taylor came into the match as England’s form batsman, having hit 98* against Australia, but he could only survive two deliveries in the face of Southee’s brilliance. The first drew a stifled appeal as it narrowly beat Taylor’s outside edge; the second, yorker length and arcing away from the batsman, grazed his off stump. “He’s got the yorker absolutely spot on,” said Ian Smith on commentary. “You don’t want one of those second up.”