As part of Wisden’s Decade in Review, Lawrence Booth, Phil Walker, Jo Harman, and John Stern joined Yas Rana to pick out a Wisden Test team of the decade and while the group was more or less agreeable on the best names, they had second thoughts about leaving a few out.

Some pretty good names missed the cut, and it was tough leaving them out, but we had to ensure we had a close to perfect team at the end. Let’s have a look at the six players who missed the cut by the narrowest of margins.

Jo Harman: The only other [opener] who came into consideration for me was Graeme Smith, who you’d say is more a player of the last decade but his record, averaging 45, nine hundreds in this decade alone, obviously took South Africa to No.1 in this decade as well and he was the captain. He was my third choice but was bit of a way off compared to Warner.

Phil Walker: It’s the decade thing. If you have included the two years before it, would have been very very close for Smith.

John Stern: It’s a quirk of this type of selection, defining by a time-frame. There are certain players like Smith who straddle the decade. I don’t think of Graeme Smith as doing his best work in this past decade but you could certainly make a case.

PW: But then for me, Graeme Smith did 70-80% of his work in the previous decade.

JS: There is something majestic and inevitably unsung about him. He averages 54 across the decade, 18 hundred and 12 fifties so amazing conversion rate.

PW: He averaged 96 against Australia. That was an outstanding piece of work. He made runs out there in tricky conditions.

Lawrence Booth: We are sitting at a scene of one of his great triumphs. There was a brilliant double hundred in 2016 which squared the series for Pakistan. I was very tempted by Younis. He is in the margins of my notes but I couldn’t quite fit him. There is a very strong case for him

JH: He just missed out for me too. He is my first reserve or second reserve batsman. But not in my top six.

PW: He is my alternative to my all-rounder but Younis would be my number six if we were playing a more conservative form of Test cricket. 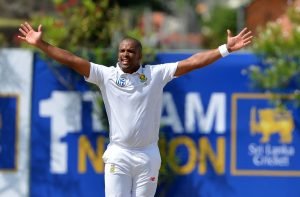 LB: He has always been underrated. He is probably the most accurate, consistent, nailing that length that batsmen hate… lethal in England. Cook hated facing him. He had an issue with fitness. But when he was fit, he would get 5 for say 20 on a regular basis in any conditions.

JH: Philander was my first reserve. His record is extraordinary. There was something about having him and Jimmy in our attack. 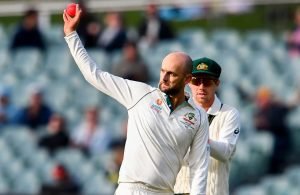 PW: 207 wickets from 37 Test matches averaging five and half wickets a game. The only leggie in the long list of options. Three 10-wicket hauls and a personal favourite of mine, 6 for 70 odd at Lord’s to win the game. I know that he has had a dud year and he was removed from the Australia tour to do some work with Mushtaq Ahmed. Maybe he is losing the magic, maybe there are technical problems as well but his record is very good and he is a match-winner as well.

JH: I found this is the hardest [category] as there aren’t many standout options really. For me, Herath stood out. He played throughout the decade. 363 wickets, 30 five-fors. No other side depended on their spinner more. His record overseas is not great. So there is stuff coming against him but he’d be my pick.

LB: The only three I thought you could come in are Lyon, Herath and Ashwin as they are miles ahead in terms of wickets and the impact they had. 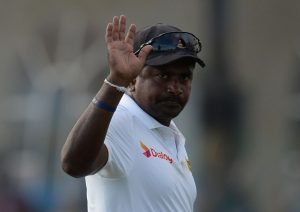 JH: You can argue that he is the most adaptable of all spinners. He did not bowl well this summer but he did well in the first Ashes Test. He has got a good record in Australia for finger spinners

PW: He is the highest of the top six spinners from this era if you look at just wickets taken. One can kind of put that to one side and say he is bowling well in Australia, where it’s difficult for finger spinners to bowl. But I would personally feel uncomfortable having him in the side as he has been shown up around the world. You’d expect his record to be outstanding in Asia but it’s not. And in England, he has struggled a little bit. Just would like to add in brackets – Yasir Shah, 207 wickets!

JS: I am not wanting for Lyon to bowl for my life necessarily.

JH: I would be more comfortable with Ashwin now but I’d go for Herath over Lyon.