Akshay Gopalakrishnan revisits the spectacular arrival of the 19-year-old sensation, as he tied India’s batsmen up in knots with his vast array of tricks and skills, to become an overnight national hero.

Still reeling from a quarterfinal exit, after defeat to India, in a World Cup where few had given them a reasonable chance, Bangladesh hosted the same opponents for a three-match ODI series, replenished with renewed vigour stemming from a 3-0 whitewash of Pakistan at home.

And sure enough, they stunned the visitors in the series opener, racking up 307 and then successfully defending it by a large margin of 79 runs, thanks to the efforts of a lanky pacer, who snared 5-50 on debut. Mustafizur had literally cut through the Indian line-up with an array of off-cutters. At the end of that game, Chandika Hathurusingha, the Bangladesh coach, had said that Mustafizur would now have to amp up his game, having lost a bit of his mystery by giving India a peek into his variations.

Amp up he did, as the left-arm pacer followed up that stunning effort with an even more unbelievable performance, this time snaring six wickets for 43 runs, helping Bangladesh take an unassailable 2-0 lead. In one of the biggest upsets of the decade, Mashrafe Mortaza’s men registered their first ever bilateral series win against India, in the process avenging the heartbreak of the World Cup. 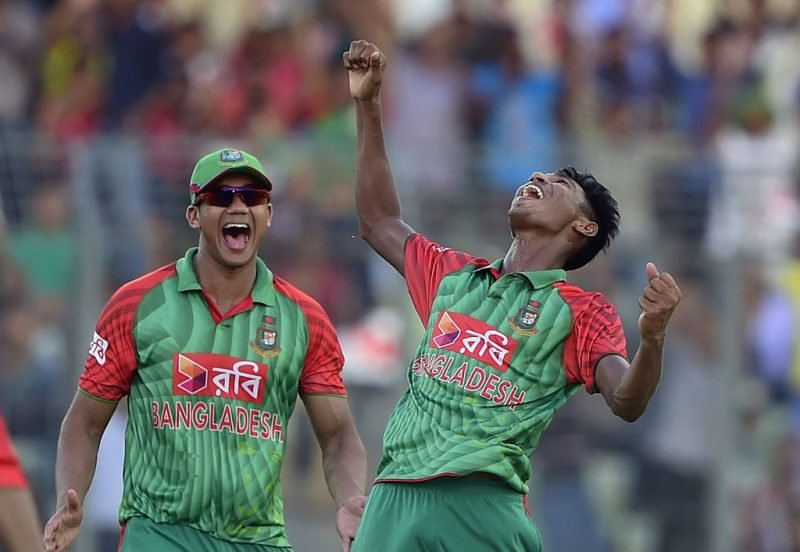 If the first game had been all about the cutters, Mustafizur showed that he had more than that up his sleeve, as he bamboozled India by adding to his variations a wily mix of slower, fuller and straighter balls, and by expertly manipulating the angle to give India’s batsmen a good working over.

Thanks to Mustafizur’s efforts, India were sent packing for 200, with five unused overs in their innings, before Bangladesh ran down the total in just 38 overs, riding on a measured half-century from Shakib Al Hasan. In the process, Mustafizur became only the second bowler, after Brian Vitori, to claim five-fors in his first two ODIs, although he went one better than the Zimbabwean by claiming 11 wickets. The win also sealed Bangladesh’s berth in the 2017 ICC Champions Trophy, as a nation celebrated the arrival of a teenaged prodigy.

As a bowler who is still remembered for his ability to fox batsmen with his changes of pace, every wicket that Mustafizur takes with regular, seam-up deliveries stands out as proof that he has such a vast array of skills in his repertoire.

Having captured his first three wickets with cutters, Mustafizur fired one in full on the off-stump channel, before getting the ball to curve in towards Axar Patel’s middle stump. Axar played all over it, swinging across the line, as the ball snuck past the bat and clattered into the stumps. It brought Mirpur on its feet and sent Axar back for his third duck in four innings.