In the 2010s, Sunil Narine took mystery spin to the mainstream with his performances in various franchise leagues. Rupin Kale dissects the spell in the World T20 2012 that set the tone for a decade.

Sunil Narine is a name that pops up in every conversation about the greatest T20 cricketers of all time. But while a lot of that has to do with his performances in franchise cricket, one could make a case for his most effective and influential display coming in international cricket.

Remarkably, it came in just his 12th appearance in T20Is, and at the biggest stage: The final of World T20 2012. His performance helped West Indies claim their most important win of this century, and crucially, laid the foundation for his immense T20 success. 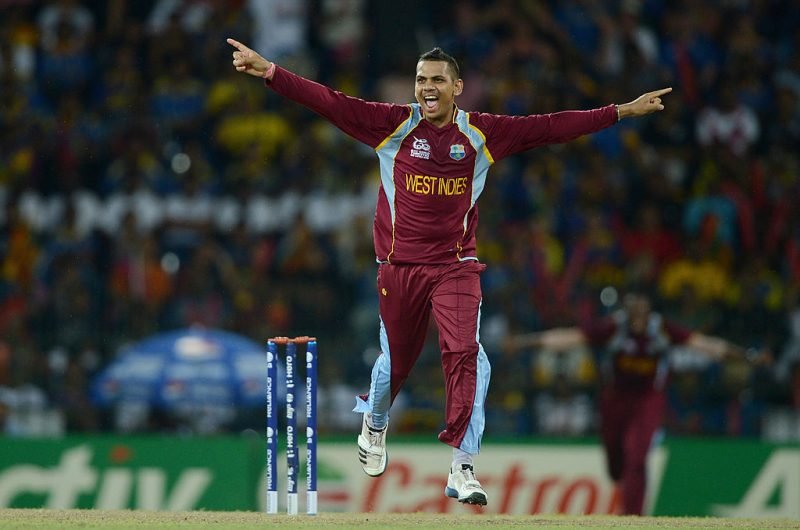 Brought into the attack in the eighth over, Narine set the tone with his very first delivery – one that pitched right in front of Kumar Sangakkara, before turning sharply, missing the outside edge by a whisker. The rest of the over was typical of Narine; there was the one that was tossed up, another that kept flat, the carrom ball – the variations were astounding, especially at the time when T20 cricket was still nascent.

The wickets soon followed. He dismissed Mahela Jayawardene on the first ball of his second over, baiting the Sri Lanka legend to attempt an audacious switch hit, and had him caught at point. Two balls later, Sri Lanka lost their fifth wicket when Jeevan Mendis was run out, with Narine staying calm and playing his part after Dwayne Bravo had shot in the throw. The over changed the complexion of the game, as Sri Lanka were reduced from 60-3 to 64-5, in a chase in which there was potential for DLS to come into play.

Narine was used in one-over spells at crucial junctures by Darren Sammy, and once again, when the going got tough, the West Indies captain turned to him in the 17th over after Nuvan Kulasekara had revived Sri Lanka’s hopes with a 10-ball 24. Narine invited him to free his arms, pitching it short and wide, and Kulasekara went after him. He holed out, Narine saved the day, and West Indies sealed a glorious win.

This seemed a fairly standard dismissal; the tail-ender attempts a big heave and is caught in the deep. However, it defined Narine’s approach as a T20 bowler. At a time when off-spin was thought to be losing its charm, Narine was unafraid to toss it up. He invited batsmen to take him on, and believed he would top the battle. And more often than not, he did.