Tom Curran, the England all-rounder, said that he opted against playing the Indian Premier League, and chose Australia’s Big Bash League instead, as it offered him the “best option” in terms of World Cup preparation.

Curran, who played for Kolkata Knight Riders last year, said that he decided to not enter the auction this time, after his experience of playing there in 2018. After a relentless grind during the 2017-18 season, featuring the Ashes in Australia, followed by the limited-overs series and a full tour of New Zealand, Curran landed in India for the IPL “mentally not as fresh as I would have liked”. Then, with a side strain, he missed the home series against India that followed the IPL, which prompted him to rethink if he wanted to return for the 2019 season.

“In the IPL, it just hit me a little bit as I probably was mentally not as fresh as I would have liked, and I think it was just a long period of cricket where I needed a break after having played without one for so long,” he told The Telegraph. “So, I sat down and thought, what is the best possible build-up to this World Cup for me in terms of getting my game back to where I needed it to be?

“I went there [Australia] and played regular cricket as they only have two overseas players, so you are guaranteed to play, with a nice run of games,” he added, highlighting the contrast with the IPL, where a larger number of overseas players means there is no guarantee of playing regularly.

“It was a nice lifestyle, and I was just able to concentrate fully on my game. I just dived straight into it, got in amongst it and went head first into my training.” 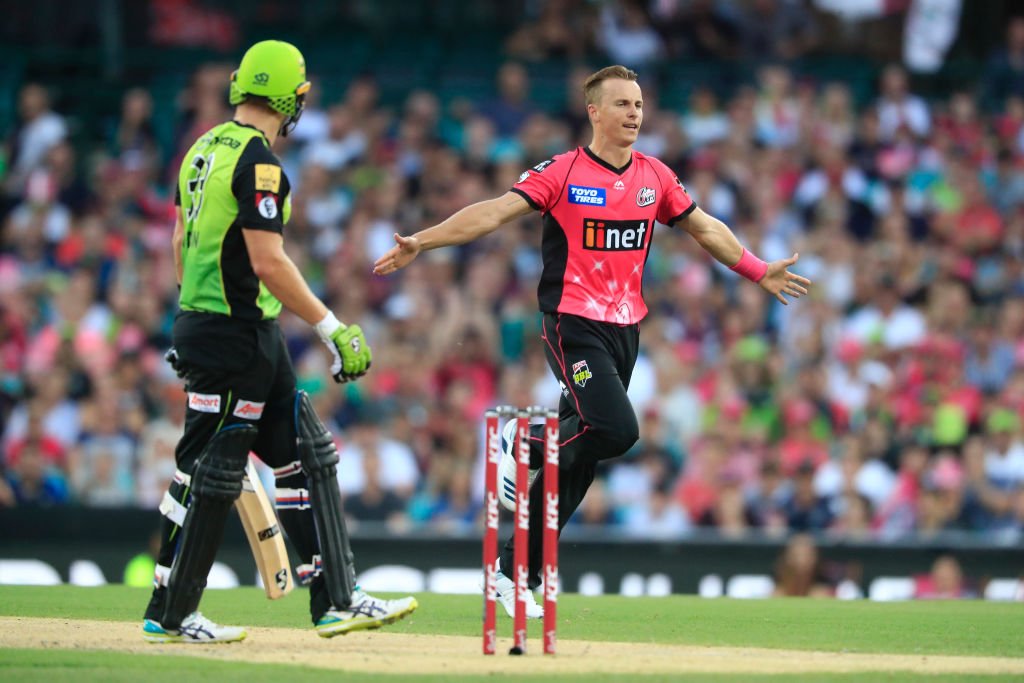 Tom Curran picked up 14 wickets for Sydney Sixers in BBL this year.

With the BBL window running between December and January, it offered the older Curran plenty of time to work on his game before the World Cup. In the 14 games that he played for the Sydney Sixers, Curran took 20 wickets and hit 185 runs, earning him the Sixers’ Player-of-the-Tournament award.

The 24-year-old, who has 27 wickets in 16 ODIs so far, said that he ended the season feeling good about his game. “I felt like I left then in a really good place into the build-up for this summer. It was definitely a very enjoyable experience, the Big Bash.”

Despite that, and a strong start to his England one-day career, however, Curran’s place in the World Cup squad is far from assured, now that Jofra Archer has made his international debut and is almost certain to be included.

"We are competing in a way. But at the same time we are all playing at the highest level."

Curran, though, has continued to fight for a place, churning out good performances. He was impressive in the fourth ODI of the ongoing series against Pakistan, picking up 4-75 in his 10 overs. He then scored a handy 31, and shared a match-winning 61-run seventh-wicket stand with Ben Stokes to help England seal a tense 341-run chase.

Curran, however, welcomed the competition for spots. “We are competing in a way. But at the same time, we are all playing at the highest level,” he said.

ICYMI: Chris Woakes has opened up on the competition for fast-bowling places in England’s squad ahead of #CWC19. https://t.co/7GeNe8W9JJ

“I think as a professional sportsman, you have to be open to learning, whoever that is. Whether it is the guy who has been in the side for a while, or Jofra, it does not really make any difference to me. You bounce ideas off each other, try and develop your skills and filter information. If things work for you, use it; if it doesn’t, park it and move onto the next thing.”

England are expected to name their final 15-man World Cup Squad on Tuesday, May 21.