CricViz analyst Ben Jones takes a close look at the unique qualities of Kyle Jamieson, a bowler who has dominated the Test game in his brief career so far.

Kyle Jamieson has had a dream start to his Test career. Since he debuted against India last February, no seam bowler has taken more wickets, and only Ravichandran Ashwin has taken more – full stop. He’s played eight Tests, won seven of them, and secured a World Test Championship title too. As beginnings go, it’s been borderline perfect.

A lot of the coverage surrounding Jamieson’s outstanding start to his Test career has pointed to the areas in which he obviously stands apart – or rather, stands above. His height, and subsequently high release, is the most immediate marker of Jamieson’s difference. Only a handful of players in the data era have released the ball from higher than the Kiwi.

The focus on his height is fair enough. Jamieson is in many ways a towering outlier of a cricketer, and one for whom usual points of reference feel inappropriate. When faced with this giant, blond Adonis, we understandably focus on what he does a lot better than everyone else. However, the secret to Jamieson’s remarkable success in Test cricket lies in the subtleties; the reason why he’s so far ahead of the pack is that he’s slightly better at everything than he should be.

As you can see below, Jamieson’s height has a very specific effect on his bowling. His average length can remain pitched up on a ‘good’ length, with all the subsequent benefits of that area. However, he can do that while still getting bounce, allowing him to keep batsmen camped on the back foot even as he bowls fuller and fuller. The average height of a Jamieson delivery as it passes the stumps is almost a metre off the ground, putting him alongside bowlers who bowl 1m shorter than him on average. 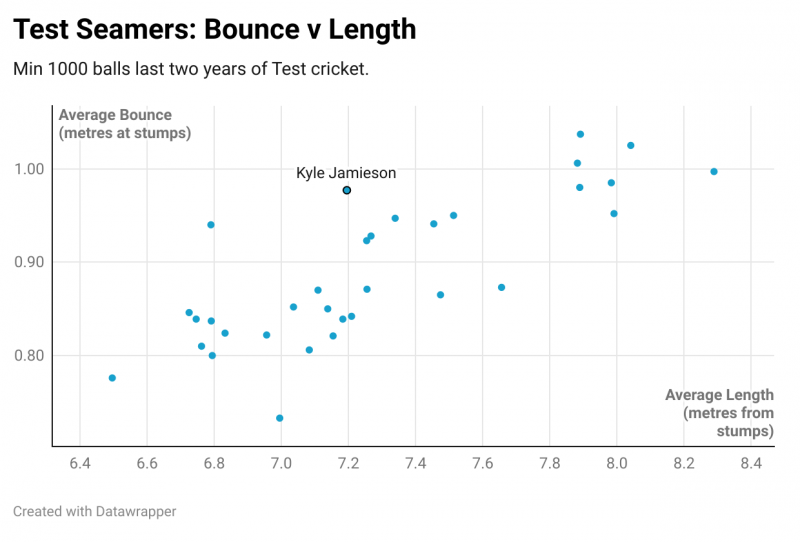 This is an important element of Test bowling which Jamieson has nailed early on. If you take the example of Morne Morkel, a similarly tall bowler – albeit one 5kph quicker – you have someone who took almost a decade in Test cricket to consistently bowl a wicket-taking length. That’s not to say that Morkel wasn’t a wonderful bowler, or one that played a crucial role in a world-class attack, but for taller bowlers on surfaces with any kind of bounce, establishing your optimal length is not a simple process even for the most talented players around.

One benefit of that fuller length Jamieson can manage without becoming floaty or hittable, is that he can give the ball more time in the air to swing. Jamieson has averaged 1.2° of swing in his Test career so far; for reference, that’s more than James Anderson has averaged across his career. The sight of Jamieson hooping the ball – both ways – has dominated the English summer so far.

Yet unlike a lot of swing bowlers, Jamieson follows up the first punch with a second straight after. The deviation off the pitch – for all intents and purposes, seam – that he’s managed, 0.64°, is an equally potent weapon. Half the movement but later, tougher to play, and ultimately more dangerous – seam is the less showy, more effective cousin of swing. The fact that Jamieson manages to find prodigious amounts of swing and seam movement goes a long way to explaining his threat; only one of the six bowlers (min. 1,000 Test balls bowled since the start of 2019) to find more swing than Jamieson has found more seam movement. 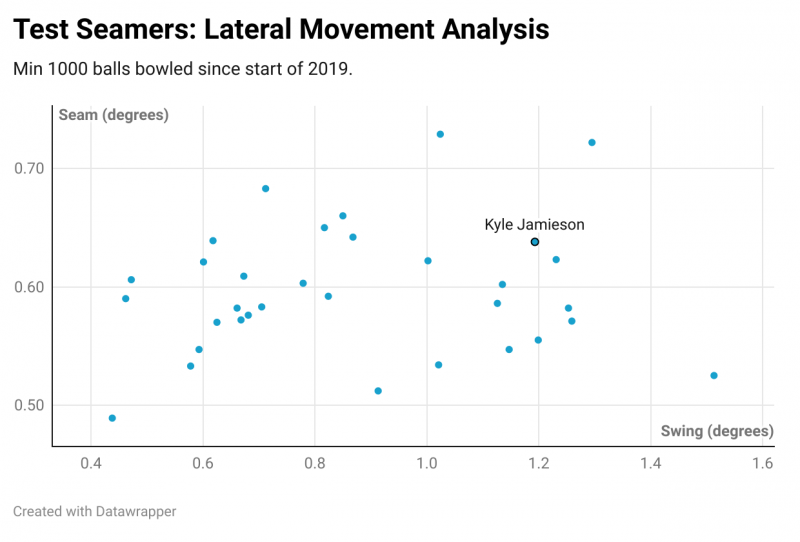 Finding that lateral movement is a real skill, testament to an excellent wrist position and hours of practice. However, it’s a skill that is easier to acquire at lower speeds: since the start of 2019, only one bowler (Alzarri Joseph) has averaged more lateral movement than Jamieson in Test cricket while also being quicker than him. Batsmen are somewhat used to facing the ball swinging or seaming; they’re slightly less used to it coming down at 135kph. Add in the high release and we’re painting a picture of a rare operator in international cricket. 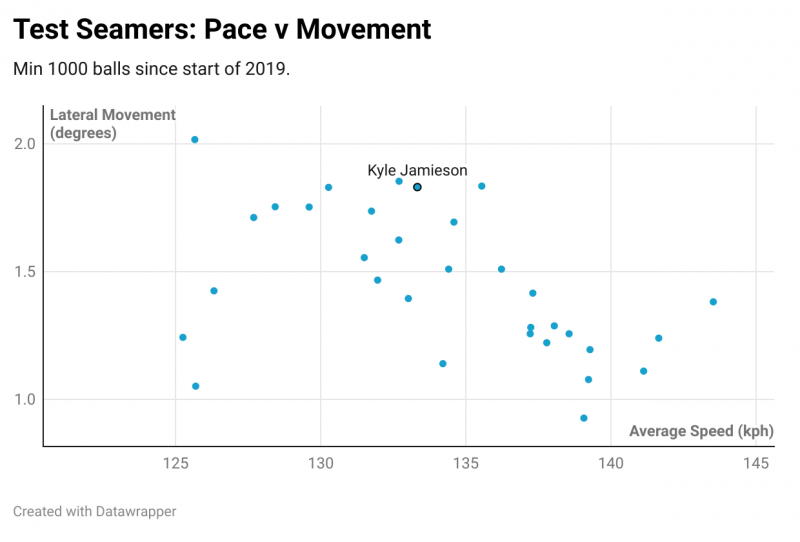 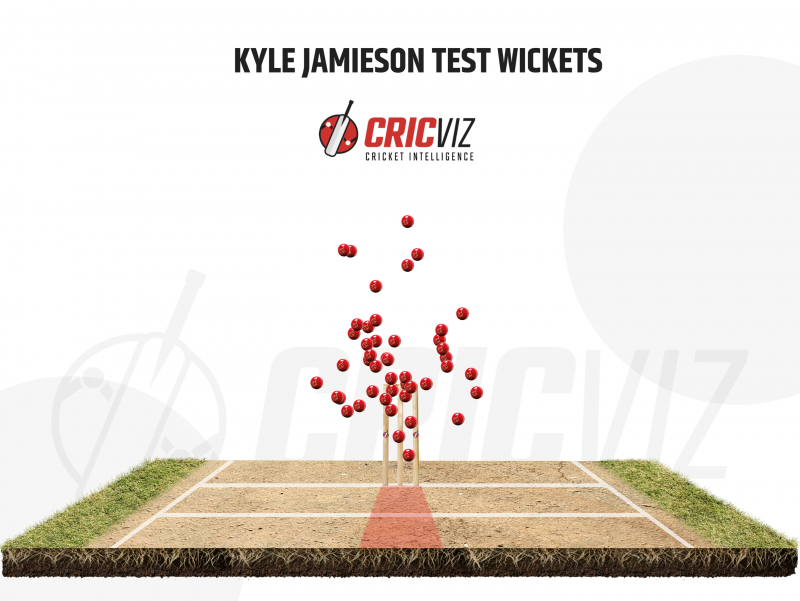 It’ll even out, of course. As familiarity grows, you’d expect batsmen to become more adept at countering the unique challenges offered by Jamieson. Perhaps it’ll be a question of sides leaving him more, given he attacks the stumps less than most seamers. It may be batsmen adopting the proactive, aggressive method of batting out of their crease that Shubman Gill went with – although ideally without the subsequent conk on the head. Unless Jamieson is going to be a hall-of-fame bowler, we’ll see some sort of balance restored to the contest. But in the meantime, it’s a joy to watch him confounding the best batsmen in the world, repeatedly, by blending all of the fundamental Test threats to become – maybe – the perfect bowler.