In 2016, Middlesex won the County Championship in dramatic fashion. Three years later, they finished eighth in Division Two. Taha Hashim speaks to those who have witnessed the club’s regression first-hand.

Ain’t no finale like a Lord’s finale. On the final evening of the 2016 County Championship season, three teams were still in with a shout of winning it. With Somerset’s players and fans crowding around the TV at Taunton praying for a draw, Yorkshire and Middlesex were pitted against one another at Lord’s. A declaration was duly contrived, leaving Middlesex needing 10 wickets and Yorkshire to chase 240 from 40 overs. As the sun stooped lower, Yorkshire’s faint hopes were reduced with each wicket as Middlesex closed in. Finally, hounding and pounding his way through a grubber of a pitch, the ever-reliable Toby Roland-Jones took three in three, breaking Yorkshire’s bid for a third successive title and Middlesex’s own 23-year Championship drought. Nasser went off on comms, tears were shed from the members and it’d all been done at home sweet home. It doesn’t get much better than that.

And it doesn’t get much worse than what has followed. In 2017, a title defence collapsed to controversial relegation. In 2018, the head coach departed midway through the season, and last year, with three promotion spots up for grabs, an eighth-place finish was the end result of Stuart Law’s first campaign in charge. It’s not yet four years since Roland-Jones ran off into the sunset, his teammates on his tail, hunting for a joyful embrace. It feels much longer. 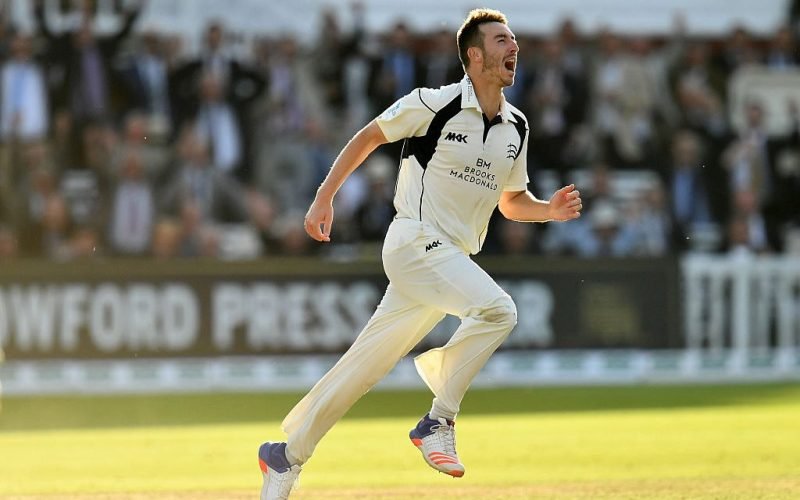 2016 was a fairytale finish but nothing more. Any thoughts of building another Middlesex dynasty, as was the case in the mid-Seventies through to the mid-Eighties when Middlesex won five Championships in 10 seasons, went up in a miasma of poor form, infighting and enforced personnel changes.

“When I first moved to Middlesex from Sussex [in 2011], there was a very clear view of a five-year plan,” says Ollie Rayner, the off-spinner who took 51 wickets in the Championship-winning campaign but was released at the end of last season. “They got rid of some deadwood and egos, got in like-minded people who were very good cricketers but also team-orientated, and that culminated in winning the Championship. But where do you go from there? The problem was that was the plan for those five years, and when that finished there was no contingency plan. It wasn’t someone’s fault. It’s like building a house. You put all the steps into achieving that and when it’s achieved you’re not thinking about the loft extension, right?”

“The winter of 2016/17, we definitely didn’t get things quite right. Everything was done just the same”

Not that thoughts hadn’t turned towards a strong title defence. “I was part of the leadership group alongside Gus [Fraser, Middlesex director of cricket] and Richard Scott [head coach], and we spoke about trying to stay ahead of the curve,” says James Franklin, then Middlesex captain and now Durham head coach. The understandable mantra that followed was to trust the players who had delivered success in 2016 and finished runners-up the year before – but perhaps, on reflection, change was needed. “The winter of 2016/17, we definitely didn’t get things quite right,” admits Franklin. “Everything was done just the same. Now I’m in the capacity of being a coach, I get that you’ve always got to look ahead and not be doing the same stuff.”

Furthermore, with the Championship victory underscored by strong individual turns, Middlesex would be victims of their own success as players were granted international recognition. Over the winter there were Lions call-ups for Rayner, Roland-Jones and opener Nick Gubbins, and the following summer Test honours for the hat-trick hero and Dawid Malan. Priorities were shifting. 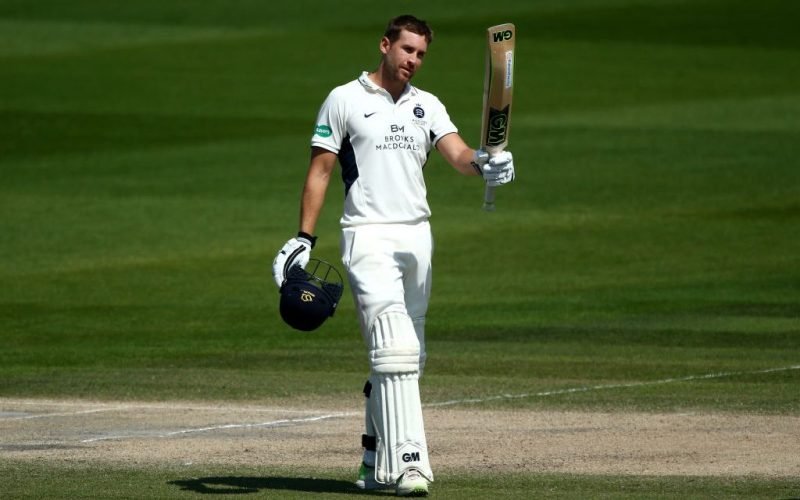 “Coming on the back of the Championship year, people started thinking of other things,” says Rayner. “Toby [Roland-Jones] went off to play for England, [Tim] Murtagh was playing for Ireland, Finny [Steve Finn] was trying to get back in the England side. You can’t blame them for that. Not all of us want to just play domestic cricket for the rest of our lives.”

Franklin echoes the point. “As much as you want people to stay focused on Middlesex, once you get recognition with England or England Lions, as much as performances for Middlesex matter, it might matter in a different way. It might be [a case of] thinking you want to perform to get recognised for England rather than that you want to perform to win games for Middlesex. There’s a subtle difference in your mindset.”

“You could see a bit of a decline in the relegation year in 2017, but not massive. But in 2018, things looked really, really stale.”

Cue 2017. International call-ups, combined with a spate of injuries – Franklin cites a calf injury to Adam Voges, “an excellent leader” and reliable run-scorer, as a significant loss – represented a stark contrast to 2016. A crossbow bolt that landed out of nowhere onto The Oval outfield like a twisted joke forced an abandonment against Surrey with Middlesex behind on their over-rate as the match meandered to a draw. A two-point deduction followed, which would turn out to be crucial in the final analysis as Middlesex were relegated by a single point. The penalty, and the failed appeal that followed, still rankles with those at the club.

Any hopes of going straight back up were put to bed early in 2018. “You could see a bit of a decline in the relegation year in 2017, but not massive,” says BBC London commentator Kevin Hand, one of Middlesex’s closest observers on the circuit. “But in 2018, things looked really, really stale.” The old guard – Voges, Franklin, Nick Compton – made way for youth in the longest form and a recurrence of a stress fracture of the back in April meant Middlesex were without the services of the talismanic Roland-Jones for the rest of the season. In July, long-serving head coach Scott left and Richard Johnson took the reins on an interim basis, leading Middlesex to fourth in the Championship’s second tier with seven wins from 14 matches. But the top job wasn’t to be Johnson’s; in came Law, leaving his role as head honcho with West Indies.

While the white-ball side reached the quarter-finals of the One-Day Cup and T20 Blast in 2019, the red-ball returns under the new coach remained poor, with Law inheriting the existing “staleness”, according to Hand.

A dressing room unhappy under the leadership of Malan hardly helped matters. In 2015 and 2016, captains such as Chris Rogers, Voges and Franklin had been key in creating a resilient and winning environment, but in 2018 and 2019, the story was vastly different.

“The changing room was a little bit divided,” admits Rayner. With Law trying to lay down his own plans alongside a captain appointed before him, heads were butted. The end of the saga: Malan’s resignation from the captaincy, followed by a move to Yorkshire. “Stuart Law came in and there was a little bit of a tussle for power at the top; now Stuart’s there and Dawid’s moved on,” says Rayner. “Anyone who can see how that scenario’s ended up will probably be able to make their own deductions.” 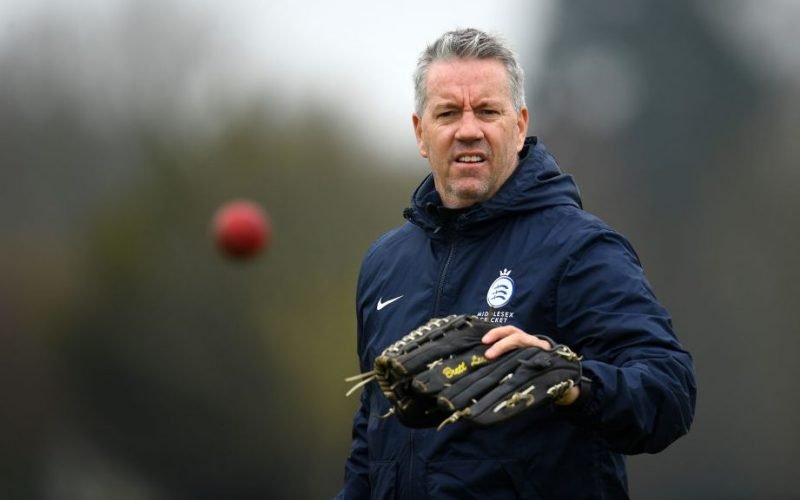 Middlesex may have lost their leading Championship run-scorer of 2019, but for Law to truly set out his stall, it appears that Malan’s move was unavoidable. The signing of the Australian international batsman Peter Handscomb as both overseas pro and captain for the next two years has been orchestrated by Law. And with Fraser taking a less active role in first-team matters since Law’s appointment, the 51-year-old is very much in control of his domain. Uniting his side is the goal.

“I want the mateship to come back,” Law says. “I want us to spend more time [together] away from the game during the summer. Successful teams spend a lot of time away from the game of cricket as well. If you get to know your teammates on a very personal level, when you get into a fight, it’s amazing how much you stand behind one another and fight hard for the cause.”

Rayner admits that recent years have seen the social side of the game die down at Lord’s and while it may seem a small point buried amongst other issues, it is pertinent. Last year, Essex’s Simon Harmer told WCM: “You spend four days on a field together, and then come off it, and everybody wants to sit and have a beer and talk about the game, and then go out that night and spend time together. There’s no agendas.” The contrast is clear between one side which has won three trophies in three years and another that has lost its glow.