West Indies’ loss proved to be county cricket’s gain as Wayne Daniel, with his raw pace and relentless drive, propelled Middlesex to their most successful period in history, writes Rob Johnston.

Such was the proliferation of high-class West Indian fast bowlers in the 1970s and 80s that Wayne Daniel only played 10 Test matches. A muscular and devastatingly quick bowler, in any other era the Bajan would have been a Test great. Not that Middlesex were complaining.

Daniel’s lack of international commitments, in part because of his involvement with World Series Cricket, meant he chalked up 422 matches for the county between 1977 and 1988 in which he took more than 1,000 wickets. He was integral to Middlesex’s County Championship title wins in 1980, ‘82 and ’85, as well as the six one-day trophies collected in that period.

“We were so lucky that he didn’t play a lot more for the West Indies so we had one of their top line bowlers,” says Mike Gatting, Daniel’s former teammate and captain. “Hampshire had Malcolm Marshall but he went off to play Test matches. Wayne was with us all the time.

“He was amazing. The ability he had was huge, he bowled quick and I never, ever saw him not try. He was one of those players who wanted to play, would never cry off with a niggle and understood what it meant to be part of a team. That’s why he was nicknamed ‘The Diamond’, because he had such huge importance to the team.” 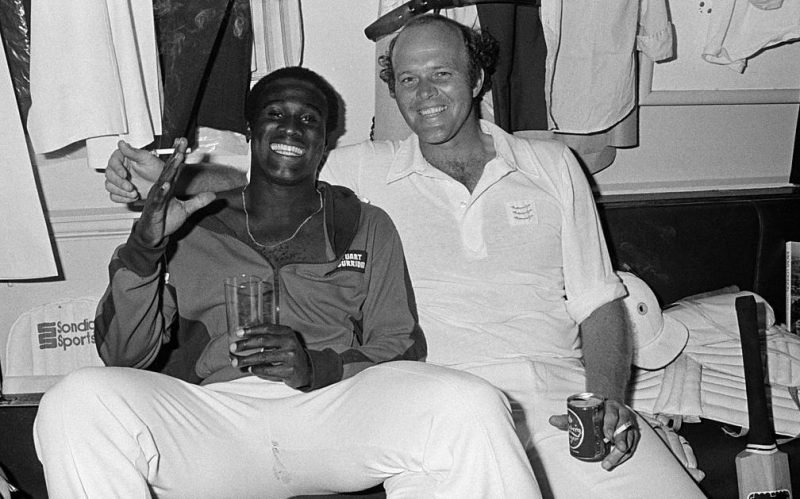 Daniel’s exploits for Middlesex were central to their success during the 1980s. His influence benefitted his teammates too. “He helped other people,” remembers Gatting. “Mike Selvey was a fantastic swing bowler in his own right but with Wayne up the other end, and I don’t think Selve would mind me saying this, batsmen played a few more shots than they might otherwise have done at him, and that helped him. They were perfect partners.”

“Despite the lack of international cricket on his CV, Daniel is without doubt one of the finest overseas imports to grace the county game”

From a short run-up, Daniel attacked the crease at speed, almost throwing himself off his feet in delivery. Generating serious pace, it was an action that required huge strength and stamina to repeat ball after ball.

Given his performances for Middlesex, the lack of recognition by the West Indian selectors rankled. “I think he was frustrated but he was the type of guy who would be ready if needed,” says Gatting. “Sadly, the call never really came but of great credit to him, even when he knew he probably wouldn’t play, he still kept trying and performing.”

Daniel was quite a character, too. “He was very good company off the field,” recalls Gatting. “He had a wicked sense of humour and he got on famously with women. Sometimes you didn’t see him on away trips. He’d come and have a drink and then sidle off quietly. There are many funny stories about Wayne and his antics.”

Despite the lack of international cricket on his CV, Daniel is, without doubt, one of the finest overseas imports to grace the county game. His pace, stamina and attitude were vital ingredients to a hugely successful Middlesex team. A true diamond indeed.