Adam Collins catches up with Kent head coach Matt Walker ahead of the 2019 county cricket season, with top-flight challenges, a new interim skipper, “No.1 pick” Matt Renshaw and The Hundred all on the agenda.

Kent may be without their two most important players to begin their first season in the top flight since they yo-yoed in and out in 2010, but don’t expect them to start with survival on their mind. From Matt Walker’s perspective, the county’s head coach, there is only one viable goal at the start of the campaign, however unlikely that looks on paper: winning it all.

Talking to wisden.com after announcing South Africa Kolpak player Heino Kuhn as acting captain while Sam Billings and Joe Denly play in the Indian Premier League, Walker detailed the club’s delight at returning to the top table after a successful 2018 across all three formats.

“It is excitement more than anything,” he said, noting that England-occasional Billings has never played a match in division one. “Different challenges are ahead. This is new territory. But the expectation for me is for them to go out and be brave and to show that we are not here just to hang on by the skin of our teeth. As long as this team meets this challenge and doesn’t get overawed by what is ahead then I think they will do really well.” 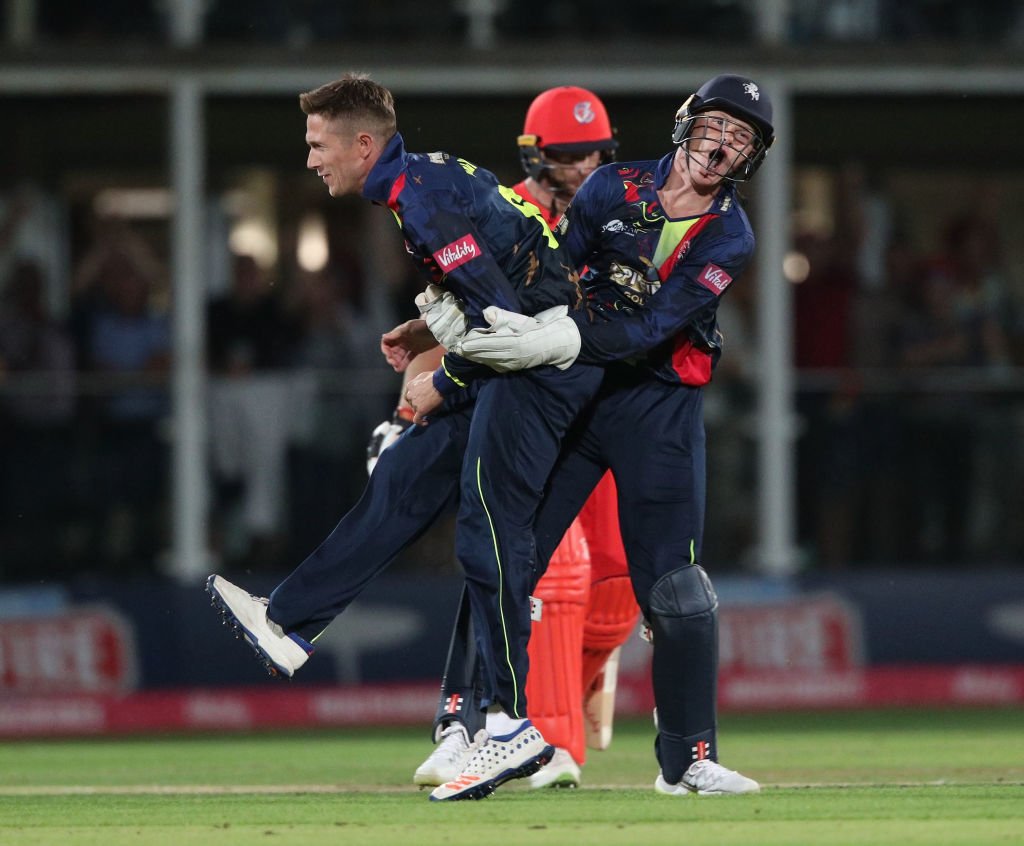 The immediate challenge of not getting blown away early in the season will be helped by the signing of Australian opener Matt Renshaw, who tallied three centuries in a two-month stint for Somerset last year. “He was our No.1 pick,” Walker said of the 23-year-old, who has turned out for Australia in 11 Tests since his debut in 2016.

“We wanted a young, vibrant and exciting left-handed batsman at the top of the order and for someone to have the experience of having played high-level first division cricket, early in the season especially, which Matt did. He is obviously knocking on the door of the Test team too, so you get that real desire and hunger from someone who is keen to impress.” 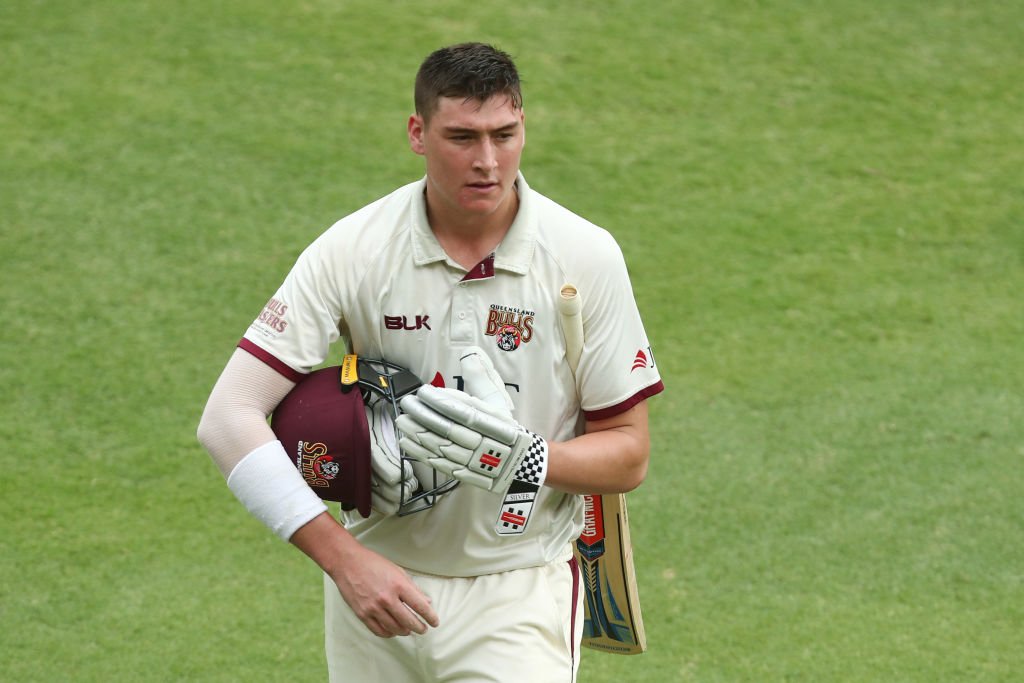 At the end of Renshaw’s stay, which will include three Championship games and the Royal London Cup, the plan is for him to be replaced for the remainder of the red-ball fixtures by a bowler. It will be at that point also that Kuhn’s stint as captain comes to an end, the decision to give him the skipper’s armband a case of the club adopting the tried-and-true approach.

“There was a long of debate but we decided that Heino has the experience,” Walker explained. “We thought at times about going left field but he has such respect from the group and he’s such a high-quality individual. The way that he came in last year so calmly, he brings a huge sense of professionalism and experience. It a safer option. We know what we are getting.”

Daniel Bell-Drummond, a former captain of England at age-group level and of the MCC last year, has been elevated to the vice-captaincy for this period too. “We settled on that as a good development for him as a leader,” the coach added. 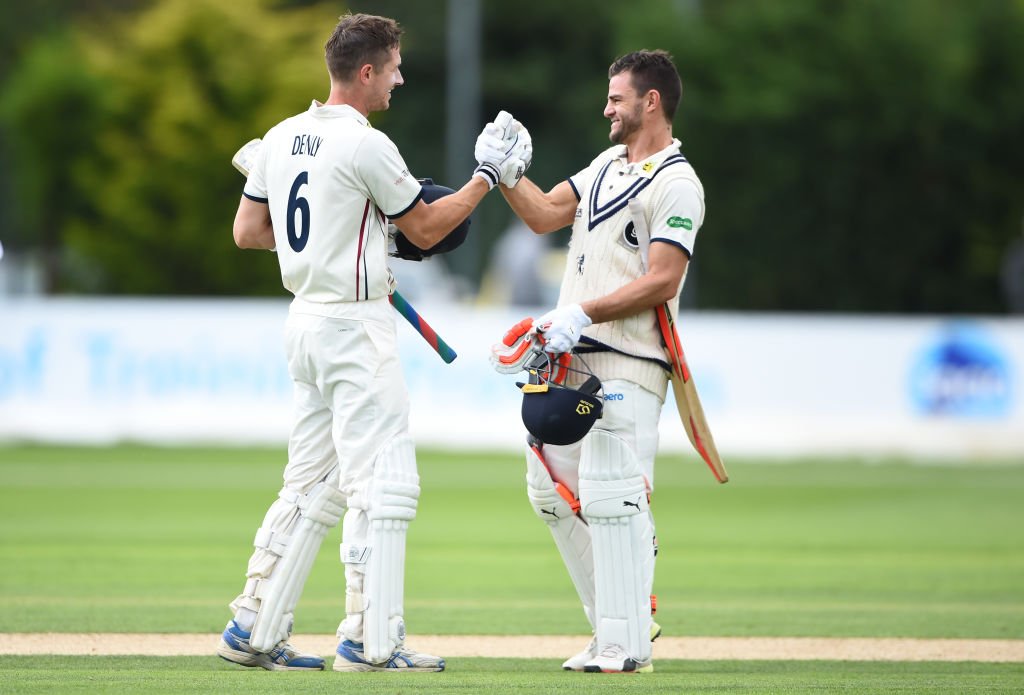 Joe Denly is congratulated by Heino Kuhn after scoring a century

The winter of change in the south east corner of the country extends to off the field too, with Simon Storey signing up as the new chief executive after making the move from Derby. High on his mind, as it will be for everyone in the domestic game this summer, is The Hundred’s introduction from 2020. The new boss, who joined the club in November, says that he wants the club to be “at the heart of the debate” despite not being a host venue for a new franchise.

For Walker’s part, he is interested in the coaching position for the side that will be based at The Oval, which Kent will be jointly involved in running with Surrey. He acknowledges that it will be a “very complicated” period over the next year, but is a backer of the format.

“I can understand players missing games for international duty, but to miss a game because of an awards dinner is ridiculous.”

Durham are not happy bunnies. ?https://t.co/7Ahy9x32WJ

“It is going to pick up momentum with the draft at the back end of this year,” he said. “You have got to embrace it. I know there are so many people against it and there is confusion not knowing how it is going to operate but I suppose when the T20 came in all those years ago there was the same anticipation and scepticism but look how that has taken off. You have got to embrace change. I hope it works and I hope it doesn’t impact upon the county set-up.”

Kent begin their competitive season against Loughborough University before taking on Somerset at Taunton in the first round of the County Championship from April 8.