The ECB have disclosed eleven venues that will host the women’s version of The Hundred, while details of a “bespoke player selection process” have also been released.

Player registration for both the men’s and women’s competitions will open in September this year. Selection for the men’s competition will be decided via a player draft on October 20, but women’s teams will have a different selection process. Players will be selected across two stages in an open-market system, with a standardised player fee band structure.

During stage one of the player selection process from September 1-30, each team must sign two current England Women’s centrally contracted players. In the following phase, from October 1 to May 30, each team will sign their remaining 13 players from across three different player pools: the remaining England Women centrally-contracted players, overseas players and domestic players. 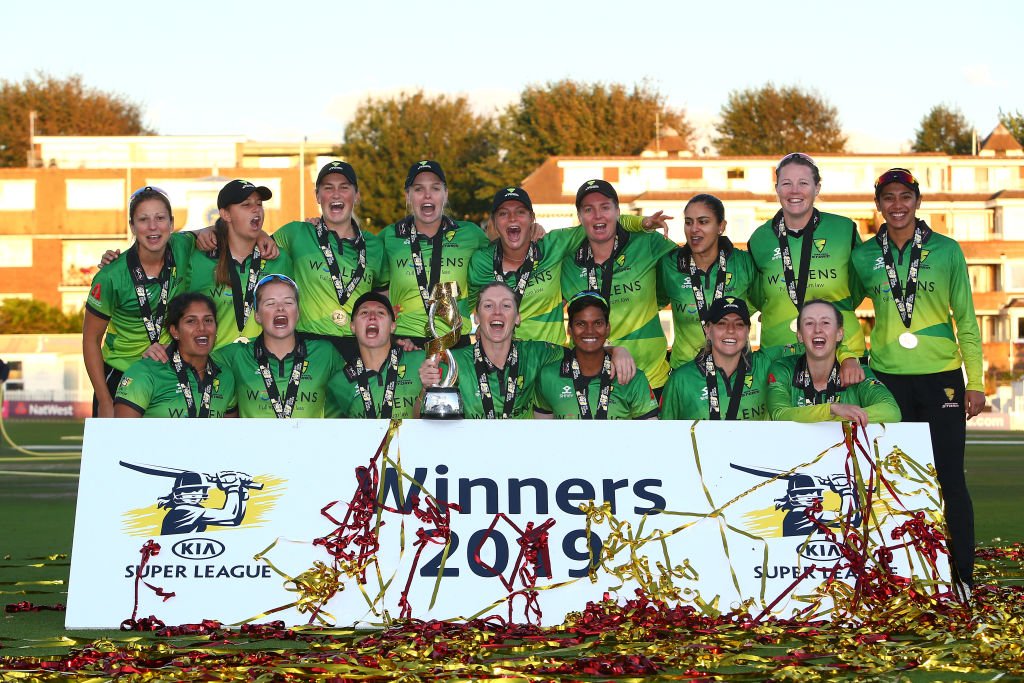 Western Storm celebrate victory in the Kia Super League, which will be replaced by The Hundred in 2020

Teams are limited to three overseas players and three players centrally-contracted to England. The head coach of each team will oversee the signing of players.

Charlotte Edwards, head coach of the Southampton-based side, said: “It’s really exciting that we’ll have an open market system and that all of the teams will be recruiting their own players for the first time,” she said. “It shows how the women’s game has evolved and developed.

“I know I can’t wait to start building our team and I’m sure for the players it will be a really interesting process, as they develop more of an idea of their value and what they can bring to a team.

“The depth of the women’s game isn’t yet at a stage where a draft would be the best way forward, and it’s important that we don’t just match the template of the men’s game. There are areas in which the needs of the women’s game are different and it’s right that we find the right approach for them.”

Speaking on the announcement of the venues, Beth Barrett-Wild, head of the women’s 100-ball competition said: “The venues for the men’s and women’s competitions respectively are working together incredibly closely and that connection will help The Hundred inspire more people to attend, watch and play cricket.

“It’s particularly exciting that the women’s competition will be seen by fans across all 18 first-class counties. This represents a huge opportunity to grow women’s cricket, while the double-headers at the men’s venues provide another chance to present the men’s and women’s teams on the same platform.”