Taha Hashim looks back at a strange few days for the ECB, with the flashy Hundred draft on Sunday followed by a more sombre event in Westminster on Wednesday.

Watch out, folks; here comes the future. Ian Ward’s got his trainers on, Kem from Love Island is dressed like a Trent Rockets ballot winner, and the studio looks prime real estate for a cheap student night out. Who knew Osterley could house a revolution?

Sky Studios is where the inaugural player draft for The Hundred is taking place, and the reality is dawning that this seemingly cursed enterprise isn’t going down without a fight. The last few weeks have confirmed that, beginning with the launch of the team names and kits in an east London warehouse and moving on to a mock draft held for journalists at Lord’s four days out from the real thing. The latter was a charm offensive to get the opposition onside. The reality is that they needn’t have bothered. Critics are being forced to accept that there really is no going back. 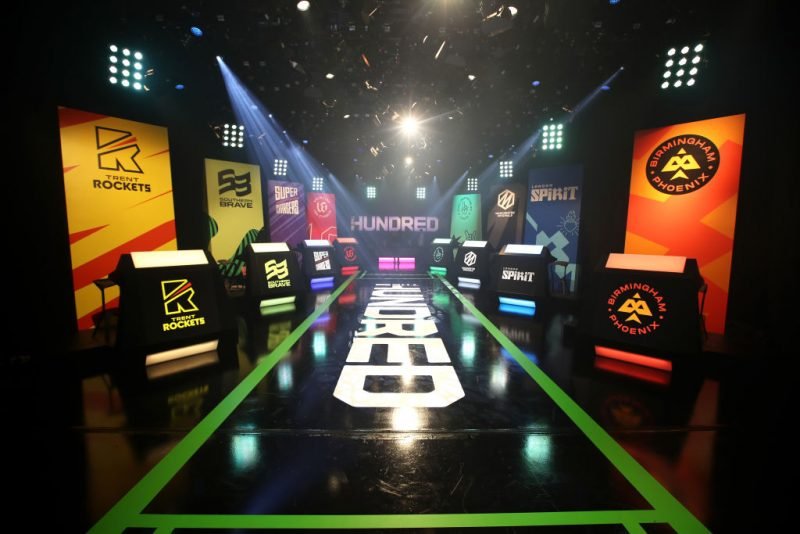 Who’s up for a night out?

Of course, some are still fighting beyond these walls. A Twitter account called @opposethe100 has over 3,000 followers, and they’ve even got some merch – £9.99 for a t-shirt and five quid more for a polo, if that’s your thing.

There have been howlers from day one, and they don’t look to be stopping anytime soon. Getting in bed with a salty snacks company isn’t the strongest PR move, particularly when you’ve peddled the line of wanting to target mums and kids. And then there’s the drivel that spits in the face of those who know a thing or two about the game. “Join Trent Rockets for the biggest party in the country. Everyone’s invited – so long as you don’t mind having the most fun. Volume up, ready for launch.” Yep, that’s on The Hundred’s website.

#OpposeThe100 was trending on Twitter during the inaugural The Hundred draft on Sunday.

Enough with the laughter for now, though. England’s finest are here to add some razzmatazz, and even Andre Russell’s in town, fully aware no one can resist his advances. The coaches haven’t just rocked up for the evening; they’ve had a dress rehearsal the day before. They’ve got to get this right.

Overall they do. Of course, with this being cricket, it’s naturally awkward, from a clip of Rob Key strolling down Brick Lane explaining the technicalities to Ravi Bopara grinning with a cuppa in hand having just bagged £100k. Beyond the television screen, the halls of Instagram are being decked with stories by social media influencers who have been roped in to gather the youth vote. Times are changing: Harry Judd from McFly has not made the cut. Then there’s the Top Gear crowd surrounding the couch who really could have done with a few chairs to get through a three-hour event. 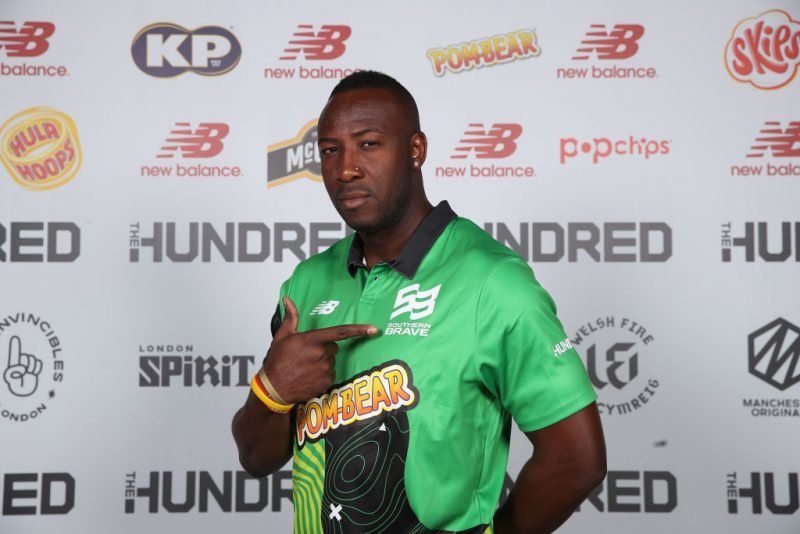 Andre Russell turns up and bags himself a new top

Once the actual deals start flying around, it’s hard not to be intrigued. Southern Brave seem to take an age to make Russell their first pick and as Shane Warne admits post-draft, a last-minute change of heart throws a spanner in the works. “I think Mahela [Jayawardene, the Braves’ head coach] – at what do they call ’em, Southern Braves? – I think they changed their mind when they sat down. We thought we were going to get Russell. Everyone thought he was going to get Narine or Starc.”

Chris Gayle, the greatest run-scorer in T20 history, and Lasith Malinga, the leading wicket-taker in T20Is, both fail to land deals. On this day of days, it adds to the notion that a new age is upon us – not that the past can be so easily forgotten. Bopara is caught saying matches will be “3.2 overs less”; the sets of six will be banished from cricketing terminology for the tournament.

The T20 Blast, freshly burnished by another record-breaking year of attendances – yet a tournament that simply wasn’t doing enough for the ECB – is naturally the reference point for discussing the credentials of any young English player. The irony continues with the presence of the World Cup trophy, as Eoin Morgan and Ben Stokes recall the success of the summer. It’s the 50-over domestic competition that will suffer the most next year as it clashes with The Hundred. At the end of the night the count comes through. Sussex lose 11 players, Surrey and Notts nine, Worcester and Somerset seven.

Yet the image of a smiling Steve Smith mic’d up in Sydney, discussing his acquisition by Welsh Fire, is a powerful one. Yes, he probably isn’t “burning bright with intense passion”* just yet, but he’s coming over. The night also saw eight marquee players announced for the women’s competition. The big names will arrive next year to wield their bats. For all that has gone wrong, the game of cricket – which this remains, even with 20 fewer balls (take note, Ravi) – may still save the day.

*thehundred.com really is worth your time

Or will it? On Wednesday, things take a turn. ECB chairman Colin Graves and chief executive Tom Harrison are sat in front of the Digital, Culture, Media and Sport Committee in Westminster to discuss the future of English cricket after the success of the World Cup. They’ve even brought their pair of trophies along, still unaware of the irony. Naturally, The Hundred dominates discussion. And it isn’t easy listening.

Harrison tries to duck away from a grilling over the tournament’s budget and refuses to offer a figure. “The budget is in line with the game’s expectations,” he repeats. The partnership with KP Snacks comes under questioning and even trending hashtags make their way into the conversation.

“Looking on Twitter the other day, when the auction was ongoing, I saw that #stopthehundred was trending in the UK,” says Julian Knight, MP for Solihull. “It feels quite extraordinary. Are you worried, Mr Harrison and Mr Graves, about why your customer base seems to dislike the idea so much?” The aforementioned t-shirts are there – and then not there – to add to the drama.

Things get tastier with the presence of Andy Nash, the former Somerset chairman and vocal critic of the competition, who resigned as an ECB director last year. He doesn’t hold back: “Wisden called it an almighty punt and others have called it a reckless gamble – and that is what I think it is,” Nash says. “This has the potential to split the game and bankrupt a lot of the game.” It is blunt and brutal. Not that the ECB feel that way.

“The ECB was today pleased to have the opportunity to discuss our plans to grow cricket with the Digital, Culture, Media and Sport Select Committee (DCMS),” reads a press statement after things are wrapped up. “Being the current Men’s and Women’s ICC World Cup Champions in the world’s second-biggest sport takes strong focus and long-term planning,” it adds pointedly. The facts and figures – the positive ones at least – all find their way in, as do buzzwords ‘inspiring’, ‘springboard’, and ‘elite’. The party line remains to ignore that the dissenters exist, even when you’ve spent all day arguing the toss with them.

“[The Hundred], along with the rest of the strategy, was developed in collaboration and consultation with the whole game,” reads the statement. The glum faces of those present – visible through a live stream (free-to-air telly’s great, isn’t it?) – told a different story. This whacky soap opera called The Hundred continues.

This is an adapted version of an article in issue 25 of Wisden Cricket Monthly. Order it now