After more than 50 years without silverware, county cricket’s sleeping giants emerged from their slumber to win 11 trophies in the space of 12 seasons, dominating the one-day scene and ending their long wait to reclaim the County Championship title. Jo Harman talked to the key figures behind a golden era in Kent’s history.

Kent had been a force to be reckoned with in the early part of the 20th century and Colin Cowdrey, in combination with team manager Les Ames and coach Colin Page, was determined to bring the good times back to Canterbury. Slowly but surely they built a side capable of challenging for trophies.

Alan Ealham (Kent 1966-1982, captain 1978-1980):  My first year was 1966 and I remember Colin [Page] speaking to the supporters at the end of the season and saying we were on the brink of something special; that we had every chance of being successful for the next 10 years. We were a very young side with a few experienced heads. We gelled very well.

John Shepherd (Kent 1965-1981, West Indies 1969-1971): Colin Cowdrey and Les Ames brought me to Kent after spotting me playing for a Barbados ‘B’ team against the Rothmans Cavaliers who had come out on a tour. I knew nothing about Kent! I had to do a two-year qualifying period, which was a great chance to learn about English conditions. I’d never seen wickets as green!

Derek Underwood (Kent 1963-1987, England 1966-1982): It was clear we had some exciting players on the fringes and we were starting to play well. We had a lot of all-rounders – players like Asif Iqbal, John Shepherd and Bob Woolmer – and that set us up well for one-day cricket. Shep was a bit of an unknown quantity but he turned in some incredible performances and became such an important player for us. I remember a Benson & Hedges match at Lord’s [in 1975] when we were about 60-7 and I blocked away at one end and put on more than a hundred with Shep. I got about 12 and he got 80 or 90. Then Shep bowled them out, taking three or four wickets, and we won the game. That sort of thing happened time and again.

AE: The Gillette Cup win in ’67 kicked it off. It broke the mould and got us into a winning habit. We had the confidence to do it again. Getting to Lord’s regularly and playing in front of massive crowds was something that we go used to.

After finishing as runners-up in the Championship in ’67 and ’68, in 1970 Kent ended their 57-year wait to lift the title, with left-arm spinner Underwood and tireless seamer Shepherd sharing 162 wickets between them.

“We were an outstanding team. From No.9 up everyone had scored a first-class hundred”

DU: This was what we had been working for. It was considered the number one competition on the scene and to win it showed how much we had developed as a side.

JS: We hadn’t started the season well. I remember Frank Woolley coming over from Canada for the opening of the Frank Woolley Stand and we were bottom of the table. He said something like, ‘This new stand is too good for you lot’. At the end of the year we had won the Championship! We were an outstanding team. From No.9 up everyone had scored a first-class hundred. It was never over till it was over.

Kent would have to wait until 1977 for their next Championship, when they shared the title with Middlesex, but in the meantime they became the foremost one-day outfit in the country, winning six one-day trophies between 1972 and ’76 under the captaincy of Mike Denness. 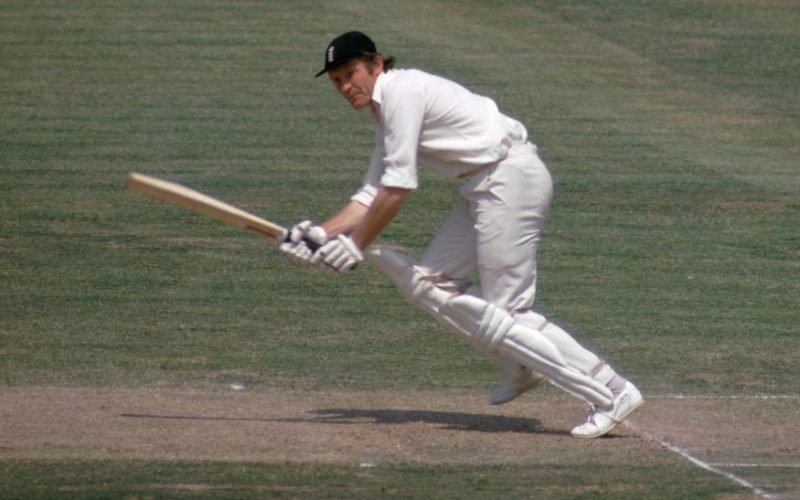 Mike Denness was an aggressive batsman and captain

AE: When Mike took over most of it was inbred in us by then – certainly the one-day pattern and how we played. Mike was an attacking player and Brian Luckhurst, the other opening bat, was very dogged. He was the anchor man and the rest of us forced the pace a bit more. That’s why we were successful in putting big scores on the board.

JS: We had bowlers and batsmen for all occasions. At one stage we had something like nine internationals in the team. That is going to be hard for the opposition to break down.

DU: There was an enthusiasm and a feeling that we could do something special and that sharpened everything up. The fielding was another aspect of that.

JS: We had an outstanding fielding team. Cowdrey never dropped a catch at slip and Alan Knott – well I can’t remember ever seeing him drop a catch! I’m sure he must have done, but I can’t recall it happening. And if you hit the ball anywhere near Alan [Ealham], you just kept walking towards the pavilion. 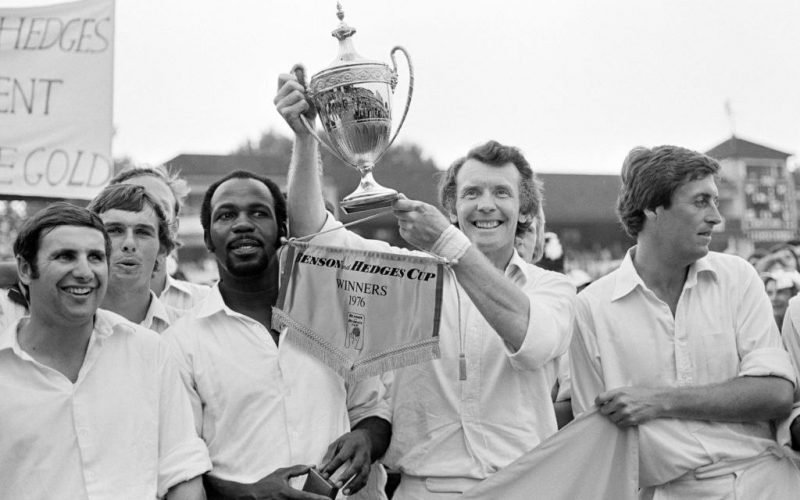 AE: I was short and stocky and had a low centre of gravity so I was able to stoop and get the ball in quickly. I dare say the fact I was a bit chubby acted as camouflage. They’d hit the ball to me and think, ‘We’ve got a single there’. Then they’d find out there wasn’t.

Despite the team’s success, Denness was removed from the captaincy in controversial circumstances at the end of 1976 season, with Pakistani all-rounder Asif Iqbal taking over.

AE: There was a behind-the-scenes misunderstanding and Mike went off to Essex. He said to the chairman, ‘Look, I’m not going to go on for evermore, you’re going to have to start blooding someone for the future’. The chairman viewed that as Mike standing down.

JS: The wives knew more about what was going on than the players! All I was interested in was playing. When you look back there were a lot of people who left Kent under the cloud. But that was nothing peculiar to us; a lot of counties had the same. I think a lot of it came down to hard man-management. 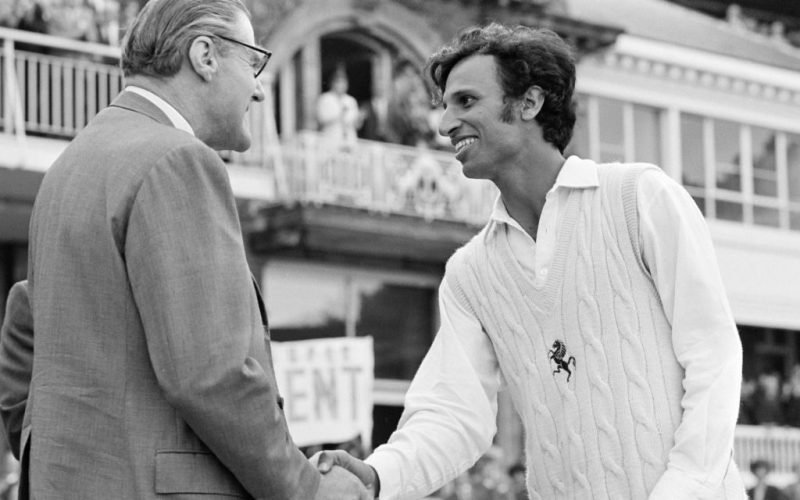 More strife was to follow, as Kent took a stand against the players who signed up for Kerry Packer’s World Series Cricket – namely Iqbal, Knott, Underwood and Woolmer – by saying their contracts would be cancelled at the end of the 1977 season. The decision was subsequently rescinded after Kent shared the Championship title but nonetheless led to Ealham replacing Iqbal as captain in 1978.

DU: It was very hard to take, really. They weren’t going to renew our contracts and the members were quite hostile. We were offered guaranteed cricket for three winters and it was very, very attractive. Some of us were really hurt and upset by the lack of understanding of what a cricketer’s life is like. Dear little Knotty, he had a year’s break from cricket as a result.

AE: Asif said that I’d worked very hard for him when he was captain and he’d do the same for me in 1978, which he did. But there was no guarantee after that! You can’t be more honest than that! Asif was one hell of a talent. He was a phenomenal bowler – that’s what got him in the Pakistan side – but then his batting came on too.

JS: I would have given my right arm to be captain but Alan and I grew up almost as brothers so there was no animosity there. We all had a job to do. When it was announced I think I was one of the first people to ring him and say congratulations.

AE: Captaining the team to the Championship title in 1978 was the proudest moment of my career. Picking up the Benson & Hedges mid-season I remember the press saying we were on for all four trophies. We got knocked out of the Gillette the following week but I was happy to take two out of the four! I had three years as captain and then Asif got the job back. We had a poor season in 1980, finished next to bottom in the Championship, and that was it. I was gone.

DU: Everything went very well in Ealy’s first year as captain and then it all went bottoms up. Nothing would go right. In the second season I think out of 16 tosses we lost 14! It was quite incredible.

Shepherd moved on to Gloucestershire in 1981, while Ealham retired the following season. Underwood remained a prolific wicket-taker into his forties, eventually retiring in 1987.

JS: We were like a family. There wasn’t any bickering. We had a great spirit and everybody in that dressing room knew the part they had to play. We were just great mates. It was like playing every day with your brothers.

AE: It was a sociable game and everything was so different. When we’d been away for a week or 10 days or so, the wives and families would be up on the bank to greet us and we’d have a picnic together. It was a super time to play county cricket.