Simon Harmer, spinning Essex to glory in his third season for the county, is one of five domestic heavyweights profiled in the September edition of Wisden Cricket Monthly. He spoke to Phil Walker about where he stands in the world game, an uncertain future and the joys of county cricket.

It’s a standard emasculating experience shaking a cricketer’s hand, but this is something else. Those fingers could rag a medicine ball on an ice rink. “I get a lot of action on the ball,” says Simon Harmer breezily, as I try not to stare, “so whether it’s turning or not, I’m still asking questions, getting the ball up and down, getting it to dip. And when it does turn,” he adds, miming the spinner’s universal finger-snap and flick, “it’s even better.” I nod, and look at them again, and think of courgettes. 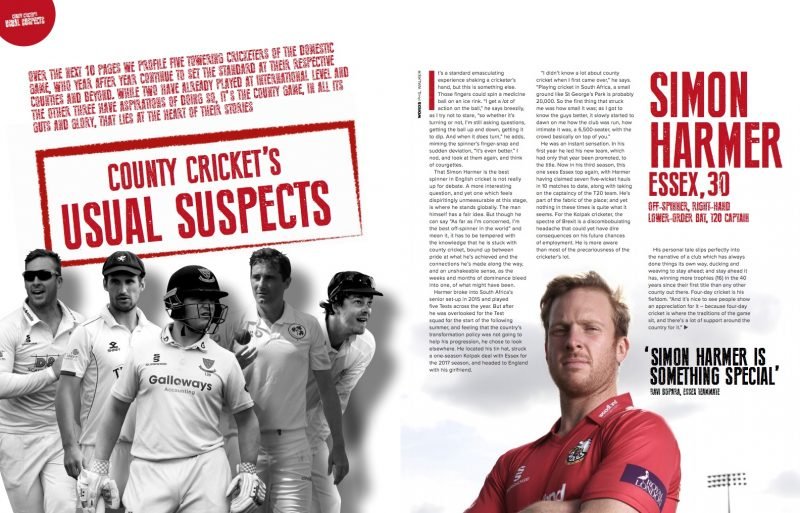 Read the full interview in issue 23 of Wisden Cricket Monthly

That the South African is the best spinner in English cricket is not really up for debate. A more interesting question, and yet one which feels dispiritingly unmeasurable, is where he stands globally. The man himself has a fair idea, but though he can say “As far as I’m concerned, I’m the best off-spinner in the world” and mean it, it has to be tempered with the knowledge that he is stuck with county cricket, bound up with pride at what he’s achieved and the connections he’s made, and an unshakeable sense, as the weeks and months of dominance bleed into one, of what might have been.

“Look, how can I say that [I am the best] when I’m not competing against the best batters in the world? For me that is the biggest frustration. I can’t truly say that until I’ve played 60 Tests.”

“Look, how can I say that [I am the best] when I’m not competing against the best batters in the world? For me that is the biggest frustration"

Harmer’s critics will say that he never gave himself the chance. He broke into South Africa’s senior set-up in 2015 and played five Tests across the year, but after he was overlooked for the Test squad for the start of the following summer, and feeling that the country’s transformation policy was not going to help his progression, he chose to look elsewhere. He located his tin hat, struck a one-season Kolpak deal with Essex for the 2017 season, and headed to England with his girlfriend. He’s heard nothing from Cricket South Africa since.

“Everybody thinks it’s lucrative and it’s about the pound or whatever, but for me it was about opportunity. I signed a six-month contract with Essex for £30k. It was about the shop window, and having belief in my ability. It’s worked out, but it could have gone pear-shaped.” 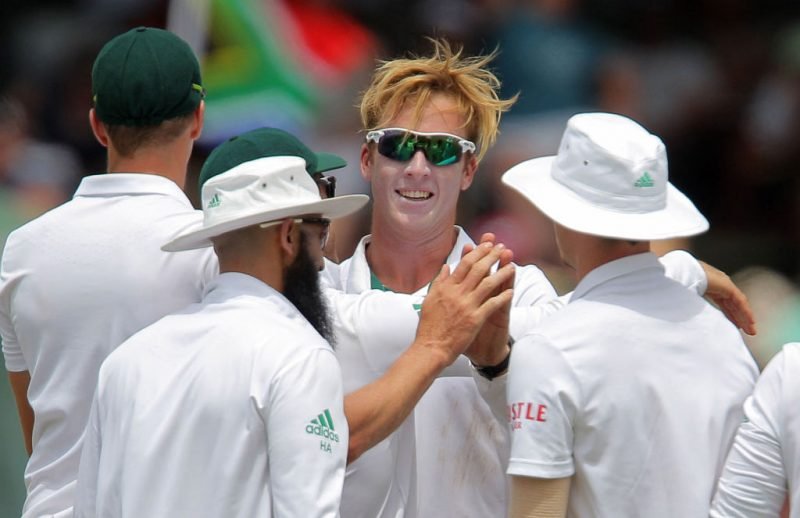 Harmer played five Tests for South Africa, all in 2015

In his first season he led his new team, only just promoted, to the title. Now in his third, Essex are top again, with Harmer having claimed seven five-wicket hauls in 11 matches, along with the captaincy of the T20 team. In 2018, he took more first-class wickets than anyone else in the game (prompting a defiant Instagram message on New Year’s Eve to all his critics). And yet for all that he’s now part of the fabric, nothing in these times is quite what it seems.

For the Kolpak cricketer, the spectre of Brexit is a discombobulating headache that Harmer fears could yet have dire consequences on his future chances of employment. It’s fair to say he’s more aware than most of the precariousness of the cricketer’s lot.

“I’ve had chats with the PCA, and they’ve said, ‘Well, the ECB’s not willing to do anything until Brexit happens’. As it stands, I can come over here and play county cricket, and that is it. I can’t buy a property, my girlfriend can’t work here. I can’t get a British passport because of the visa I’m on.”

3️⃣ Captain gets Captain with Simon Harmer coming out on top!#SoarWithUs ? pic.twitter.com/4k8X1fVqOq

So, is there any way that he could resume his Test career? “If I walked into the Essex CEO’s office and asked that they terminate my contract, and they agreed, I’d immediately become available to play for South Africa. But as part of my current agreement, I would never be available to subsequently come back to English cricket and be a Kolpak.” It seems Harmer has played his last match for South Africa.

His story slips into the narrative of a county that does things its own way, ducking and weaving to stay ahead; and stay ahead it has, winning more trophies [16] in the 40 years since their first title than any other. But while Harmer’s dominance of the county game is near total, he’s far from gratified.

“It’s not how my mind works. I’m looking around, thinking I could be playing international cricket. It’s about wanting to compete on that stage. I’m a fighter, a competitor. I’m not putting down county cricket, but as an athlete you want to compete at the highest level. What more can I do? What’s next?” 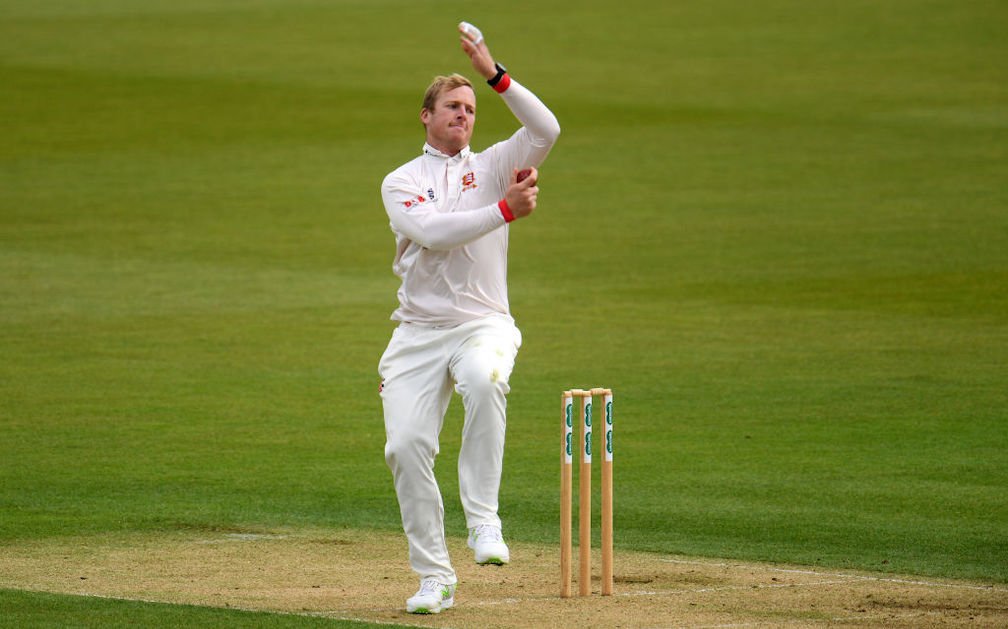 Simon Harmer has been a standout performer in county cricket

Most immediately, it’ll be spearheading Essex towards an eighth Championship, with all roads leading to Taunton in the final week of September and a defining tweak-off with Jack Leach.

For now, this is his world. “You spend four days on a field together, and then you come off it, and everybody wants to sit and have a beer and talk about the game, and then go out that night and spend time together.

“There’s no agendas. It’s just blokes wanting to play cricket and do well, and when they do, getting together and saying, ‘F***, let’s have a beer’. For me, that’s how cricket works. We could get beat in our next few games, or we could go on a run and win the Championship. You’ve got to work hard, but you’ve got to enjoy the success that comes with it. The guys here get that.”

To read this interview in full, including Harmer’s thoughts on which English batsmen are good players of spin (clue: not many), pick up a copy of the September issue of Wisden Cricket Monthly, which also features profile/interviews of four other county cricket MVPs.