Rob Johnston profiles Darren Lehmann, an Aussie and adopted Yorkshireman, who made his presence felt both on and off the field at Headingley.

While the other counties had been welcoming overseas players for years, Yorkshire’s policy of only picking players born within its boundaries meant it was not until 1992, when an 18-year-old Sachin Tendulkar arrived at Headingley, that they followed suit. Not that it pleased everybody at the time – Fred Trueman described it as “a bloody disgrace”. However, Darren Lehmann’s arrival in 1997, and the runs that followed, began to soften those negative attitudes.

Lehmann played seven seasons for Yorkshire, averaging 68.76 in first-class cricket – the highest of anyone to represent the county – and nearly 50 in the one-day game. His innings of 339 against Durham in 2006 is the second highest score by a Yorkshire batsman and during the Championship win of 2001 the Australian left-hander scored 1,416 runs at an average of 83.29.

“The first game he should have played he was made 12th man because we couldn’t get out to net in the two days before it,” former Yorkshire teammate Anthony McGrath recalls. “David Byas decided to leave him out which Darren still gives him stick for. He’s the best player I played with by a long way. He could play against all types of attack: top-class spin with hundreds against Shane Warne, Mushtaq Ahmed and Saqlain Mushtaq; but also against real pace, like Allan Donald. A brilliant player.”

Lehmann’s 27 Test and 117 ODI appearances were far fewer than he would have made if he had not been playing in such a strong era for Australian cricket, but his international commitments nonetheless curtailed his time at Yorkshire. The county may well have won more than the solitary Championship they managed during his time at the club if it weren’t for his Australian call-ups. 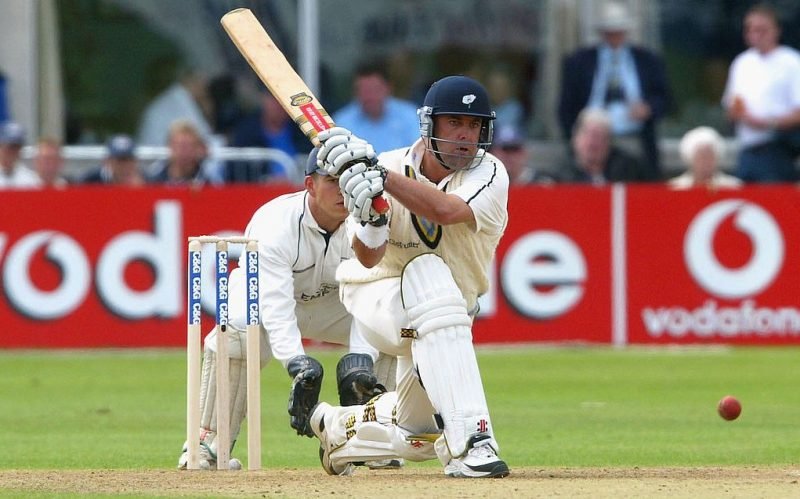 Lehmann’s first-class average of  68.76  for Yorkshire, is the highest of any batsman for the county

However, McGrath says Lehmann’s impact should not be measured simply in runs and trophies. “I was a young player and he came round at the right time for me. It wasn’t just the impact on the field. Obviously that’s important but for myself, Michael Vaughan, Matthew Wood, he really did spend time with us. Not just from a technical point of view, but in teaching us the method of how to bat in different conditions.

“His brain was fantastic. I was lucky enough to travel with him a lot and he used to almost net on the way down to games in the car, talking about bowlers, where he was going to score against them. He was just so clever with things like that.”

“He was very loyal to his teammates, wanted to win at all costs – he really got the tradition and culture at Yorkshire straight away"

Tough, no-nonsense and aggressive on the field, Lehmann was perfectly suited to a county built on such foundations. But there also were softer aspects to his personality. “He was typically Australian, quite brash and up-front,” says McGrath. “He was very loyal to his teammates, wanted to win at all costs – he really got the tradition and culture at Yorkshire straight away. But he had an empathetic side to him as well, especially with the younger guys. He was a really nice guy off the pitch and he was someone we all looked up to. He was hard-nosed but he was very generous and kind, did a lot for the club and he totally embraced it.”

And Yorkshire embraced him, too. “They love him up there,” says McGrath. “He’s the only overseas player to be voted in the best Yorkshire XI voted by the supporters and, believe me, from staunch Yorkshire members that tells you something about the guy.”