England batsman Dawid Malan has signed a four-year contract with Yorkshire, bringing an end to a 13-year spell at Middlesex.

The move comes after the 32-year-old resigned as Middlesex captain at the end of the 2019 season, having led the club over the course of the last two years.

Malan made his Middlesex debut in 2006, and was named the club’s Player of the Year in 2019. Under his leadership this year, the club finished eighth in Division Two and reached the knockout stages of both the Royal London One-Day Cup and T20 Blast.

The left-hander’s contract at Middlesex was due to expire at the end of the 2021 season, but Middlesex agreed to his request to be released. Malan, who has 11,229 first-class runs to his name, said that he was ready for “a new adventure” with Yorkshire.

“I have enjoyed 13 happy and successful years at Middlesex, and I am hugely grateful to everyone at the club – staff, players and supporters – for their support during this period. I am privileged to have played for so long,” said Malan. 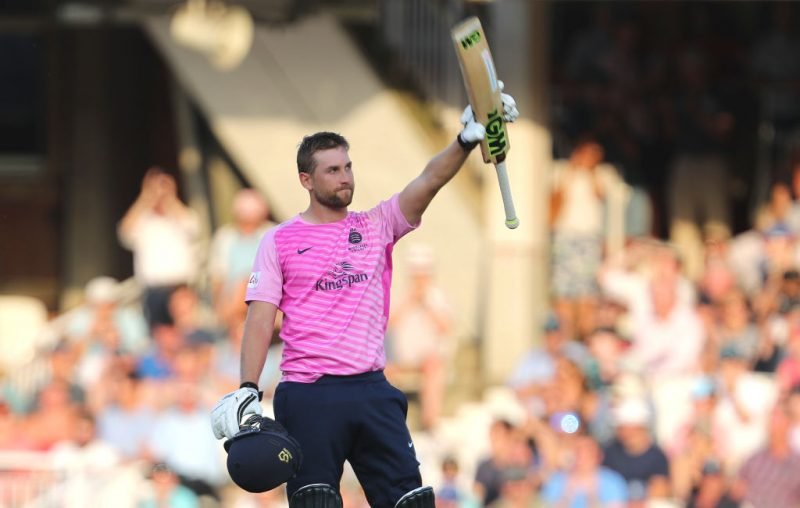 Malan was named Middlesex Player of the Year in 2019

“However, this feels like the right time to start a new adventure, and I am excited by the prospect of joining another great club in English cricket.”

For Dawid Malan, leaving Lord’s makes eminent sense. He’s a player at the tailend of his prime, seemingly perpetually on the cusp of England selection, and Division One runs will only aid his recall case, while the offer of a four-year contract at the age of 32 is a rare luxury. There will be rumours regarding whether relations between him and Middlesex soured. Though runs flowed from his bat throughout the 2019 season, praise regarding his captaincy skills was less forthcoming. But Stuart Law and co. would do well not to dwell on the specifics, and instead figure out how Middlesex can move out of the malaise that prompted Malan’s move.

Since winning the title in 2016, the Seaxes’ red-ball form has been little short of woeful, with relegation followed by two lacklustre attempts at reclaiming their place in the top tier. Their batting has been their main concern, and they can only hope rather than expect that the likes of Stevie Eskinazi, Nick Gubbins, and Max Holden will be spurred on to fill Malan’s sizeable shoes by his departure. Paul Stirling’s committment to Ireland is a further blow to the batting stocks, while the future of Tim Murtagh, county cricket’s most dependable seamer, is not yet certain. Even if Malan’s leadership skills needed work, he at least made sense as a captaincy choice. That can’t really be said about any of those who remain, and the club may look overseas, potentially to Australia’s Peter Handscomb, to occupy the void left by Malan on both counts. But it will surely take more than an outsider coming in to prompt a promotion push in earnest.

Yorkshire coach Andrew Gale said: “It is a fantastic signing for us. As soon as we realised that Dawid had the potential to leave Middlesex, he was a player that we always wanted to speak to. He fits the mould of what we are looking for.

“It is fair to say that we have lacked consistency with the bat for a number of years. We have looked at bringing people in for a while, but it had to fit the right mould for us.

“We needed somebody with experience and Dawid has got Test experience. Not so long ago, we were watching him score runs for England in the Ashes.

“Hopefully, with his experience, it will give us a bit more consistency with the bat.”

Malan is currently with the England squad for the ongoing five-match T20I series assignment in New Zealand and will join his new club at the end of the month to begin preparations for the 2020 season.